His latest one eyebrow tanty last weekend got him arrested for two counts of breaching an apprehended violence order (AVO) taken out by his dumb Aussie ex-wife April Learmonth – dumb because she married a muzzie leb.  The incompatible marriage managed to last a year before April took out an AVO against bashing Salim.

Salim:  “You’re my muzzie wife, so now I own you slave bitch!” 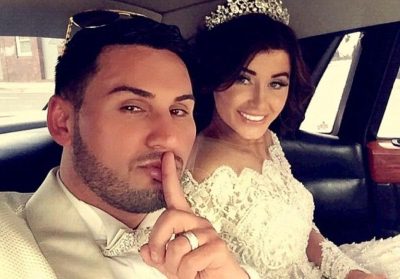 Magistrate Joy Boulos in 2016 had released Mehajer on strict bail conditions including a curfew and social media ban, and $10,000 in surety. He had to surrender his passport and could not visit Kingsgrove, where April lives.

Apparently midnight last Sunday, Salim reckons he had the munchies for Maccas, so he drove to a back laneway in Kingsgrove behind his ex-wife’s place and parked his Audi Q7 there then walked to get his nuggets with spicy buffalo sauce. That’s Salim’s story.

April at the same time had been walking to her friend’s car to get McDonald’s – nuggets with sweet chili sauce – when she saw Salim’s car outside her house. Panicking, she ran inside and called police, saying she “felt scared for my safety” when she saw his white Audi Q7 behind her Kingsgove flat.

Less than 20 minutes later, Salim’s Audi collided with a Toyota Corolla on nearby Moorefields Rd and he was arrested.

April was da botox chick from The Gong who worked as a Figtree beautician at MC’s Beauty Studio, before the Salim encounter at Cooney’s Tavern one boozy night back around 2006.  Back then April was a fake strawberry blonde hair with sun-kissed freckles. 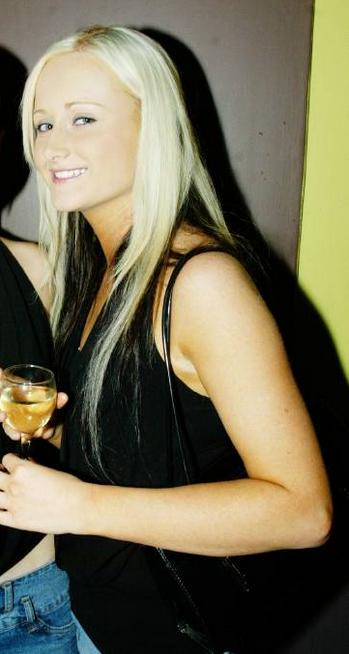 She then reckoned she’d become a muzzie glam and so changed her name to Aysha and injected litres of botox to appease her smooth talking  ego Leb man – April’s sad wishful indulgence.

The naive Figtree chick fell for the flash fraud.  Salim’s father after all was a dodgy property developer called Mohamad and he was in prison for defrauding the National Australia Bank to the tune of $3 million.  And Salim was following in da leb famiglia property footsteps – like leb like leb cuz. 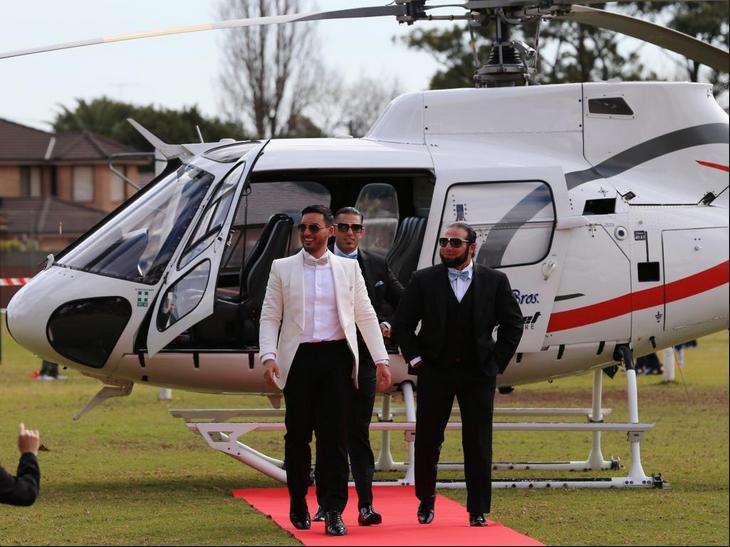 My father’s in prison but I am a leb and I have arrived in efnic Auburn. Look at me, look at me!

The former deputy mayor of the now-defunct Auburn Council is fighting legal battles on every front, including multiple charges of electoral fraud and receiving illegal political donations (bribes).   Salim is charged with more than 100 offences related to the alleged rigging of the election that catapulted him into da limelight.  Prosecutor Jeremy Rapke QC, has told the court about text messages between Salim and his sister Fatima (her real name) revealed their plan to submit false voter enrollment forms to bolster their chances.   Salim wanted one Auburn council ward and she wanted another, so da lebs could rule ok.  Fatima pleaded guilty to 77 counts of giving false or misleading information to the Australian Electoral Commission.

Then Salim staged one of his insurance crashes and was heard screaming his estranged wife’s name.   A couple who were woken by the incident said it was Mr Mehajer’s screams, not the crash that woke them up.

Police prosecutor Liam McKibbin opposed bail this time saying there were risks Mehajer would commit further serious offences and there was concern he would interfere with witnesses or evidence – including dash cam footage inside the car during the collision.

Then there was that midnight fire on Christmas night 2015 to a commercial property owned by Salim’s sister Khadijeh Mehajer. It was targeted for rezoning so the lebs could do high rise and make a killing.  In February 2014, an empty single-storey house owned by ​Ms Mehajer’s older property-developing brother was damaged by a suspicious fire.   The house in Ann Street, Lidcombe, was one of Mr Mehajer’s 18 investment properties in the area at the time.

Salim and his leb connections are linked to a series of insurance claims for car accidents in recent years, including two crashes last year that seem “strikingly similar”.  Last effort in April Salim hit a taxi driver and a journalist before doing the neck brace thing to get media sympathy. It was to avoid another court case.

NSW Police have confirmed they had “recently received referrals relating to reports of fraudulent insurance claims” and “investigations into these matters are now under way”. 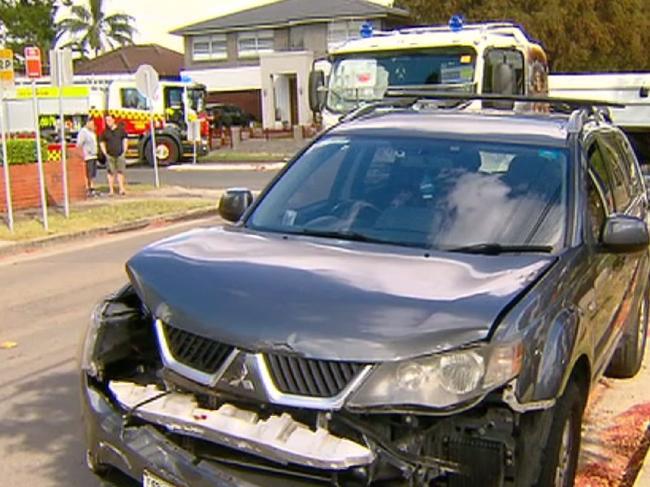 Australia could well do without all this criminal leb shite.

And last Saturday Salim’s sister married Hassan Sam Sayour, the nephew of notorious Sydney nightclub identity John Ibrahim connected to narcotics trafficking.  But on the eve of the wedding, John Ibrahim’s bodyguard Semi “Tongan Sam” Ngata was shot in the back in what was rumoured to be a bid to stop the nuptials.

In August, the two leb brothers, Michael and Fadi Ibrahim who nabbed in a dramatic sting in Dubai. Michael Ibrahim was charged over the attempted importation of 1.9 tonnes of MDMA, ice and cocaine. All four Ibrahim brothers – John, Fadi, Sam and Michael – have been shot or stabbed over the course of their lives.

Takes one to know one.  It’s just business as usual for lebs. Ego Lebs should just marry themselves and looks like with deviant marriage looming they might soon be able to, or else to their cars. 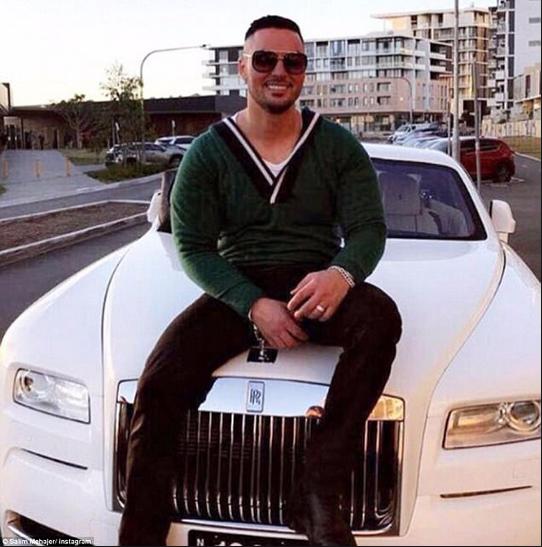 Pack ’em all off back to da Lebanon.