In Victoria calling police or Crime Stoppers is a waste of time.  Leftard Dan Andrew’s appointed civil libertarian judiciary will side with the criminals, hand them bail and a slap on the wrist. Within days, youth gangs of African negro appearance will be back on the streets home invading your next door neighbour like in Melbourne’s Kings Park, St Albans, Albion, Bayswater and Taylors Hill.

It’s March 2018 and over two weeks, Melburnians have copped nine home invasions by negro gangs roaming the streets around midnight.

Friday March 2 around midnight, young couple Gavin Fry and his fiancee Leah Meurer asleep are startled as four negro youths in hoodies kick down their back door.  Armed with hammers, the negros enter the couple’s bedroom and shine torches on Mr Fry and Ms Meurer, demanding “give us the money, give us the money” and demand they hand over their car keys.

It’s another Melbourne home invasion, an aggravated robbery in progress.

Mr Fry fends off the two youths, who tried to fight him back, from the bedroom and the couple managed to barricade themselves inside. Ms Meurer is forced to defend the door as Mr Fry dials triple-0.  The gang try to steal the car. Mr Fry takes off after them with a baseball bat but the bat is cheap and breaks. 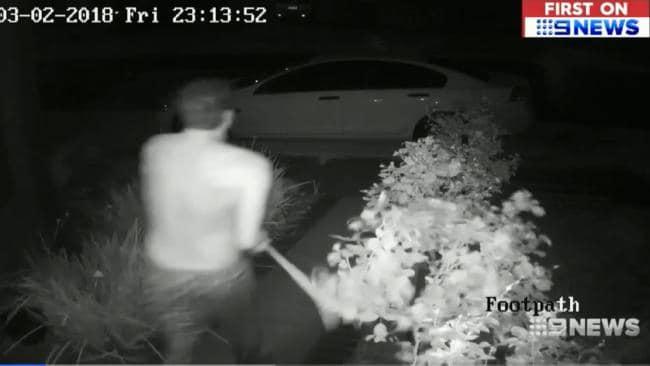 There is no point buying cheap baseball bats

The negros flee into the black night.  Ms Meurer breaks down and is now traumatised.  She doesn’t feel safe in her own home.

It is all captured on CCTV.  Watch media report.

But calling Crime Stoppers does nothing and the negros know it.  Police go through the motions of dusting homes and cars for finger prints and the usual suspects cop a match.  They go and arrest the delinquents and charge them.  But Andrew’s leftard judiciary are all members of Liberty Victoria, which says “give negro youth a chance” and so they let them off.  The next day they’re back at it looting. 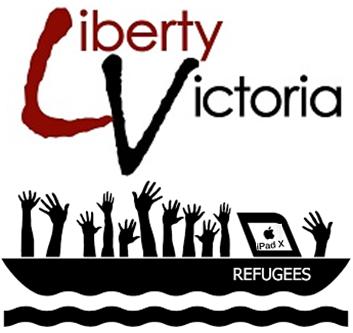 It’s time for Melburnians to get angry and get even until Vanstone’s looting negros are all pissed off back to Sudan.  In 2004, as immigration munster she boasted that Australia had provided permanent resettlement for “more than 10,000 people from the southern Sudan” since 2001. Now they’ve all bred like African driver ants so there are double that number, and the offspring are serial looters.

A trained guard dog would have stopped them.  It needs to be trained to attack negros and go straight for the neck.  The broken door lock proves they entered the house unlawfully and neck mauling is reasonable force when looting intruders are armed with hammers and the like. And one’s home is a designated off-leash area.

The latest wave of home invasions began on February 14, when a man had a knife held to his throat as a negro gang raided his apartment in Albion.  On a second attack on Anderson Road in Albion at 1.30am on February 27, a woman had a knife held to her throat in bed by a masked negro while she slept by her son. Another masked negros armed with hammer ransacked her home.

Which hardware shops across Melbourne are selling hammers and knives to negros?   What do they think they are going to use them for?

So the negros stole two sets of car keys and an iPad.  But they can’t drive or type so it must have been for kicks cos they couldn’t find cash for ICE and McNuggets.

Six of the latest crime spree have happened in north-western Melbourne suburbs, including one in St Albans, one each in Kings Park and neighbouring Taylors Hill, and the Albion attacks.  The others took place in Bayswater in inner western Melbourne, the beachside suburb of Brighton and at Skye in the south-west.

A pump-action would sort ’em, but a guard dog to the neck would obviate a conviction – “da dog did it”.  The judiciary might even give the dog bail. 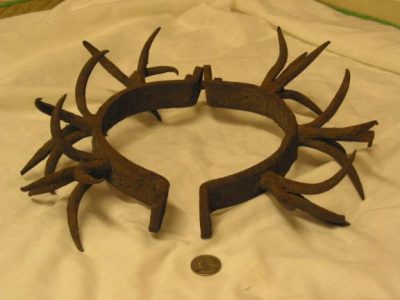 Victorians are terrified and rightfully so.  Every morning they wake to news of another violent home invasion overnight. A knife held to a pensioner’s throat. Children screaming as masked men hover over their beds. Intruders using crowbars and baseball bats to terrorise homeowners. 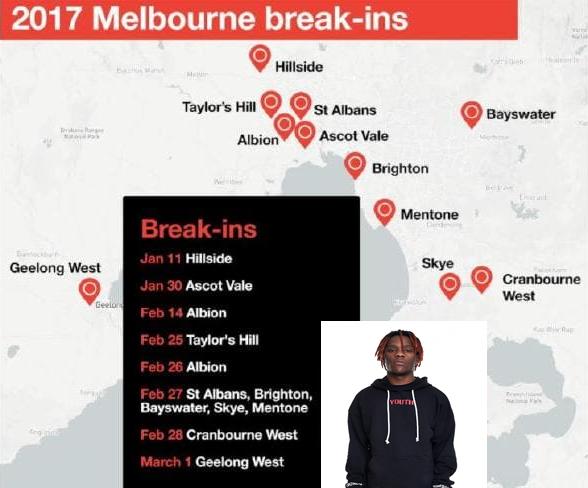 January 4 and a woman in her late 50s was set upon in the city’s west. She was hit across the face and forced to sit and watch as negros ransacked her home.

On January 30, a terminally ill woman was robbed in Ascot Vale. Mother-of-three Kellie McElliott, said negro thieves broke into her home through a back door around 4.30am. They took with them phones, purses and the occupant’s car.  Two teens, 17 and 15, were arrested and charged after the victim’s son used the Find My iPhone app to locate his stolen phone.

In February, thieves stole phones and a car but didn’t get far. The victim was asleep on the couch inside a home at Albion, west of Melbourne, around 11.30pm when three men of African appearance broke in and went straight for the kitchen.  Once there, they grabbed the victim’s own knives before waking him. Police say the door was unlocked and the knives were held to the victim’s throat.

The men demanded electronic equipment and car keys. The home owner handed over his mobile phone and was ordered to unlock it and reset it. The burglars stole wallets, car keys belonging to five other occupants and the victim’s car, a Honda CRV.  They crashed it a short distance away – hopeless drivers.

A 96-year-old woman was also terrorised by a masked negro intruder demanding cash and valuables.

There were 49,042 burglaries and break-ins in Victoria in 2017, according to the government’s own crime statistics agency.

Melburnian Hayden Bradford has started Protect Victoria to advocate for changes to sentencing laws and to “highlight judicial system failings”. His group now has more than 34,000 members and will host a “peaceful” anti-crime rally at the office of Premier Daniel Andrews.

“I for one am sick of so much violent crime occurring in Victoria because of the government’s ‘soft on crime’ policies and a judicial who loved to grant violent offenders and repeat offenders bail, community service orders (and) probation,” he wrote.

But throw them in Australian gaols?  They just cost Australian taxpayers and will re-offend upon release.  Instead, they all just need to round-up and deported back to Africa.  Else it’s serious time for negro round ups, lynchings and heads on pikes. 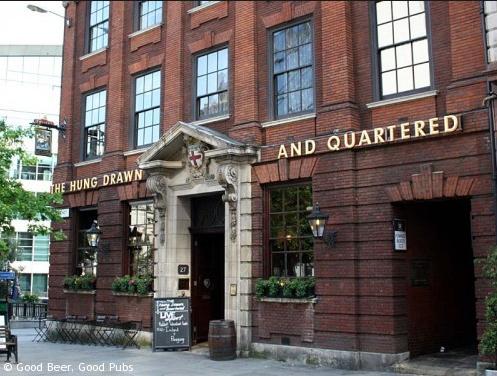 Premier Dan Andrews shrugs his shoulders.  He and his Victorian Labor leftard MPs are corrupted and illegitimate.  The state’s ombudsman Deborah Glass has found 21 of them stole $388,000 of public money during the party’s 2014 election campaign.  Ms Glass named former state treasurer John Lenders, who retired at the 2014 election, as the architect of the scheme.  He certainly had a lend of Victorians.

Recall the cost to taxpayers of scrapping Melbourne’s East West Link road project topped $1.1 billion in 2014 when Andrews Labor stole power corruptly. Victorians must have known back then they were on to a winner. Labor’s public service has blown out by $1.5 billion, while crime is surging, traffic is gridlocked, electricity costs are out of control. 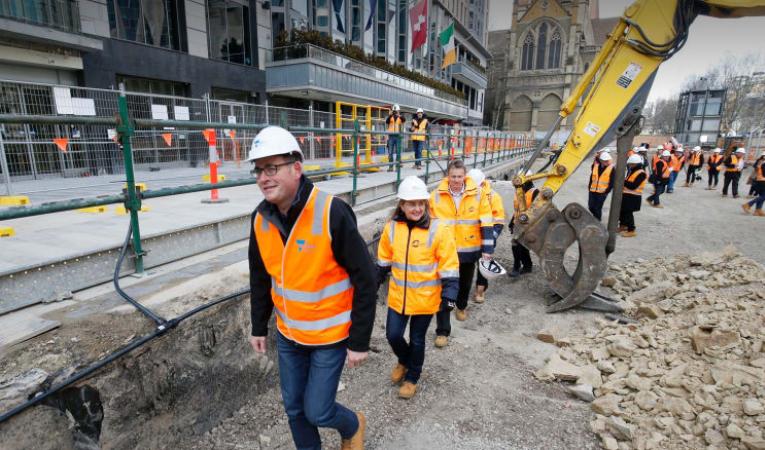