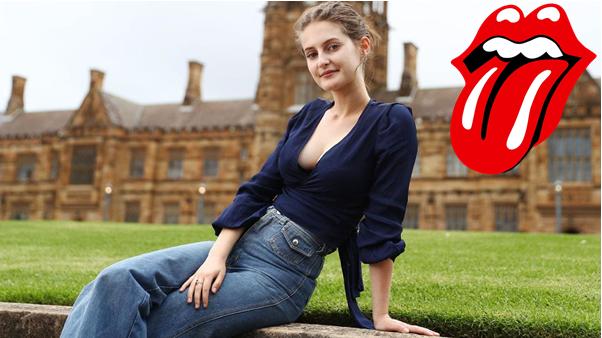 She’s a card-carrying Trotskyite following in the path of her heroine Julia Gillard – a member of the student union, the Debating Society and a very angry feminazi.

This is the very same groupthink rag that imported hysterical activist Bridget Harilaou writes in.  Recall she’s the hissy fitting bitch who invaded Parliament in November 2016 over rights for illegals. 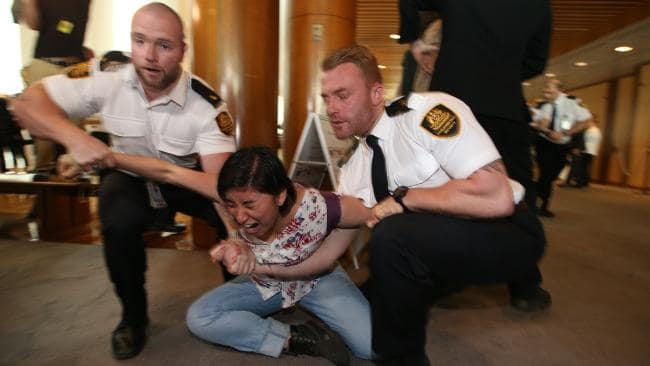 The hysterical rebuttal technique in debating

Nina is in the news again this week demanding affirmative action and racial and gender quotas for the University of Sydney Union’s debating teams.  She reckons that frankly there is too much domination by “affluent, white and privately educated students” in the debating teams, ahem like herself.

Clearly, Nina has enrolled in the wrong course stream.  Most of her time is spent extra-curricular in politics and she well knows she’s a hot candidate for Miss Australian Student and USYD tops the rankings.

Seems she’s contracted Stockholm-deviant Syndrome from mixing too much with gender dysphoria types forgetting to take their daily Nohomoicillin. 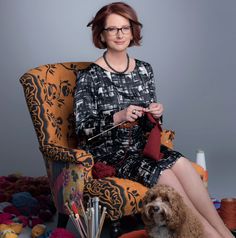 Thomo reckons the union has a new affirmative action policy aimed to “create space” for non While male debaters from diverse backgrounds to “ensure our debating programme is as inclusive and successful as it can be”.  “Our quotas for gender and, more recently, for ethnicity and students from non-elite schools, recognise the fact that traditionally, the profile of debating skews overwhelmingly towards affluent, white and privately educated students.”

“Only women of colour, social disadvantage, marginalized and physically disabled should be allowed to speak.”  No misogynists!

Blokes just dominate the debating scene and always win arguments against the chicks because they do their homework and are, well are just smarter and more eloquent.  It is something called merit, by but the chicks call it “mansplaining” and want blokes automatically to be disqualified.

Nina and her lot are creating a “progressive” new language of gender fluidity with odd words like “wom*n”, “cis-male”, “hir”, “zie”.  It’s what kids learn at university these days.  It’s all part of the leftards’ pot-smoking hallucinate revolution.

And Ms Thompson said she will call the ex Human Rights Commissioner, alias wicked witch Lizzy Broderick, if she doesn’t get her leftard way. 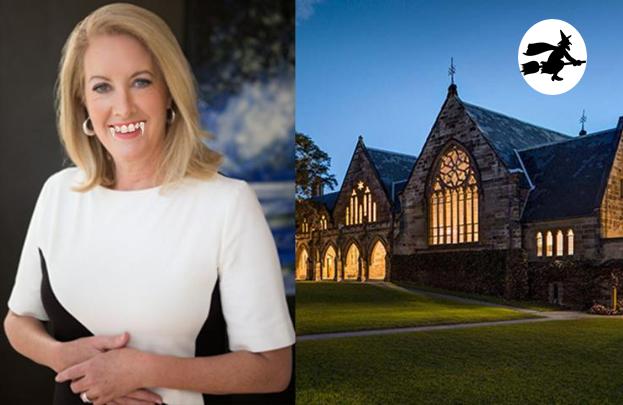 The official anthem of the University of Sydney Union Debating Society is sung at every major IV after the final team has been knocked out of the tournament or after they’ve won the tournament.

I’ll sing you one, O!
Red fly the banners, O!
What is your one, O?
One is worker’s unity and ever more shall be, O!

I’ll sing you two, O!
Red fly the banners, O!
What is your two, O?
Two, two the worker’s hands fighting for our liberty,
One is worker’s unity and ever more shall be, O!

(So on, skipping the fourth verse along the way, up until …)
I’ll sing you thirteen, O!
Red fly the banners, O!
What is your thirteen, O?
Thirteen for the holes in Trotsky’s head!
Twelve for the chimes of the Kremlin clock,
Eleven for the Moscow Dynamos,
Ten for days that shook the world,
Nine for the days of the general strike,
Eight for the Eighth Red Army,
Seven for the hours of the working day,
Six for the Tolpuddle martyrs,
Five for the years of the five year plan and
Four for the years it took them!
Three, three, the rights of man!
Two, two the workers’ hands fighting for our liberty,
One is worker’s unity and ever more shall be, O!