Local Australians in Melbourne’s outer south-east have fought off another Islamic Invasion withstanding the Islamic Siege of Narre Warren within the local government area of Casey.

City of Casey Council mayor Sam Aziz and his councillors have rejected the application from the Sarbaan Islamic Trust for a massive 16m high domed mosque complex and exclusive Islamic cult township on the proposed semi-rural site.  The mayor said it not meet requirements of the planning scheme, citing its “height, bulk and prominence”. 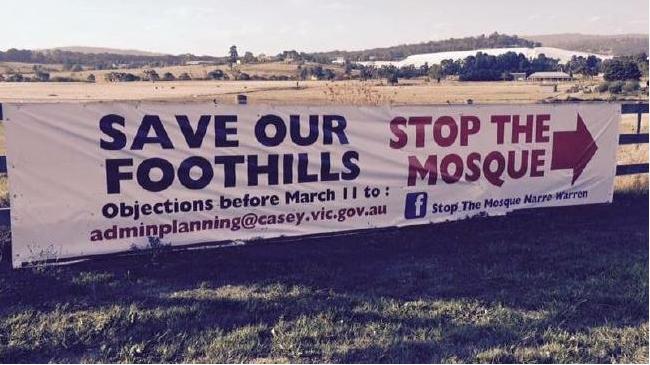 The Islamics proposed their mosque exclusively as a religious cult, an anti-Australian community of Muslims from Third World India and Pakistan.  The site was to front Belgrave-Hallam Road, incorporate 154 car parking spots and have room for 470 Muslims on mats in separate male and female prayer rooms over two levels.  The adjoining minaret would be more than 25m high. The mosque development was set to   The plans also allow for a future Islamic school for as many as 1000 students, a halal farm, secret sharia tribunal, and 100 employees, plus a small suburb of Islamic housing – a gated Islamic township.

Basically it was to be a no go Islamic Enclave – like a country within Australia,its own foreign laws, its own language. It was clearly to incubate the permeation of Islam and Sharia extremism across outer south-eastern Melbourne – aliens breeding and spreading out. 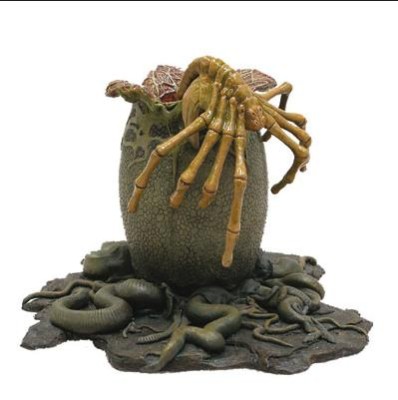 The mosque would have catered exclusively to around 470 Urdu and Hindi-speaking Muslims originally from India and Pakistan.  So they exlude speaking English – Australia’s national language.  So why are the muzzies in Australia?  Simple: (1) Generous Western Welfare (aka blood), (2) Islamic Colonisation (aka breeding).  Think Aliens.

Some of the Indians are also ex-Fiji because Prime Minister Frank Bainimarama deported them in response to them trying to take over his country. Now they are trying it on again in Casey. 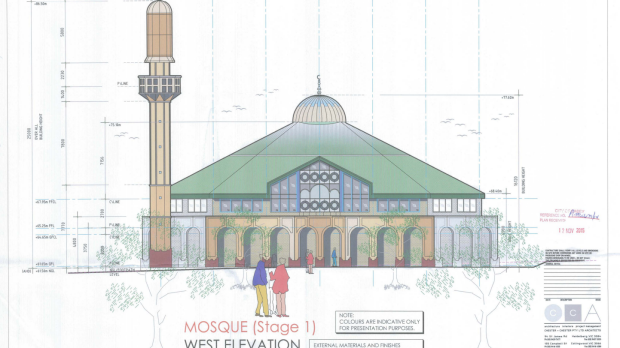 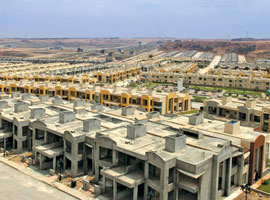 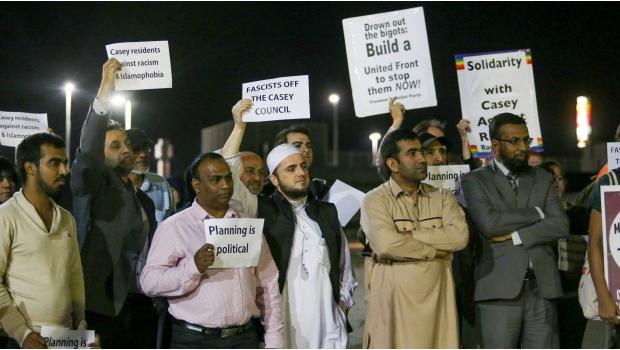 Hey muzzies, try protesting back in your Islamic World without a public caning!

The site owners, Saarban Islamic Trust (SIT), are an Islamic expansionary division of the Forum for Australian Muslims (IFAM) based in Sydney (Mount Druitt). 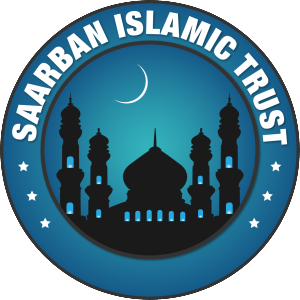 It has become Australia-wide, claiming to be non-profit, but with links to lucrative halal certification deals.   It makes sure Muslims in Australia don’t stray into their adopted Australian culture, but instead live strictly in accordance with the teachings of Islam and to endeavor to establish the way of Islam in all spheres of life.  So they are orthodox, on in another sense, fanatical.  So how do we know they are not linked to Islamic terrorists?

The word “Saarban” is used for the desert cameleers (ancient camel train drivers) in Urdu and Persian languages.  The Islamic sect is ancient Shi’a from Pakistan.  Shias have been elected to top offices and played an important part in the country’s independence, history and nation building.  They have connections to foreign money, lots of it.

Sarbaan Islamic Trust is just one of an expanding number of Islamic Units (Halqajat).  Others with different Islamic missions include Charity Australia International (CAI), WhyIslam, Women Resource Centre, Youth Divisions, and many others.

The main purpose of Saarban Islamic Trust is to build Masajids (mosques).  The method is to start with a university campus and have muslims join, then to have a prayer room, until numbers build and relatives arrive from the islamic World to secure a sufficient number to have critical mass to embark on a mosque building campaign.

“At Saarban, our aim is to build such institutions which can help us to raise our upcoming generations according to the teachings of Islam.  Here is links of Masajids have been established by Saarban – Bankstown Masjid, Campbelltown Masjid, Queanbeyan Masjid, Melbourne Masjid.”

As The West has come to realise, Islam is Third World.  It brings with it a host of barbaric social harm – violent crime, FGM, domestic violence, burqas, sharia, beheadings, terrorism, etc.  It is not just unAustralian, but anti-Australian in every sense.  Australians have had no say on all these Islamics invading our country (illegals under false pretense of asylum) and trying to change it to Islam. 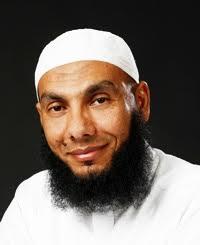 The Sarbaan Islamics have deep pockets from their foreign Islamic connections.  The group has already spent $1.5 million purchasing the 8.9ha site on Belgrave-Hallam Rd.  The plans for the mosque complex and housing cost an undisclosed amount.

Sarbaan Islamic Trust has vowed to take its fight to the Victorian Civil and Administrative Tribunal (VCAT).  Saarban Islamic Trust president Zain Shah has said, “We are going to VCAT, we are going to amend it, work on it and go to VCAT to get it done,” he said.  “The election is around the corner and now 15,000* (Muslims) live there. We will use our democracy.”

*For south-east Melbourne, we think this is exaggerated.

This is the Leftist ploy – let ’em in by the droves, and then they use their numbers against us Australians for their foreign ends. That is not democracy. It is invasion. 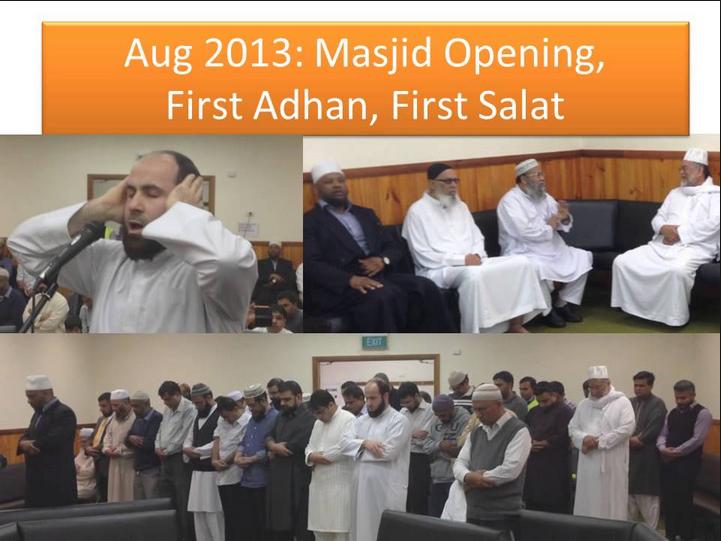 Islam coming to a neighbourhood near you, unless as Australians we take a united stand across Australia!

The Islamic group network through their sons and daughters at universities who invariably belong to Muslim Students’ Associations at their respective uni campuses.  This inevitably results in networking with extreme Leftist uni students from RMIT and La Trobe universities.  Leftist sympathisers from dumpster deviant parts of inner Melbourne used it as an excuse to do some street bovver and publicity. 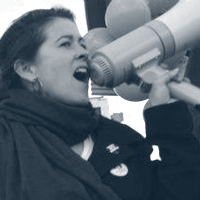 These leftards arrive from out-of-town, with no concern for the property or amenity rights of local Australians who don’t want a mosque in the neighbourhood.  They hate Australian values – national pride, heritage, culture.  They hate national borders.  They believe in an imaginative global totalitarian commune where no-one owns property.  Their naive nirvana is far leftist bankrupt Venezuela, to which they should emigrate. They would sooner side with foreign Islamic men whom they have never met who value goats more than women. 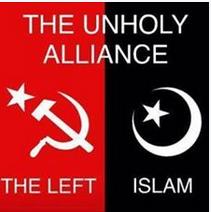 These leftards get involved for a shortsighted ideological excuse that they hate anyone standing up for Australian sovereignty.

They eat out of dumpsters.  They are social cockroaches.  Their behaviour is seditious. They are traitors to Australia. 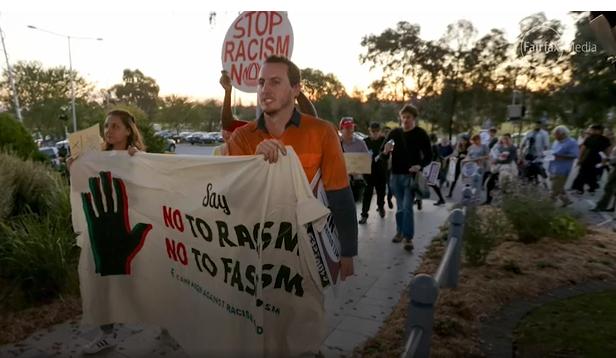 They come looking for bovver. Normally they have black bloc hoodies. Take their picture! 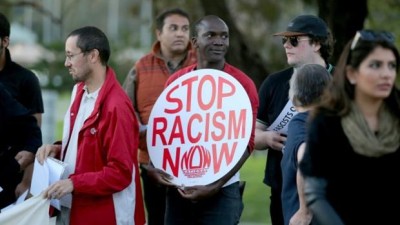 The Socialist Alternative faction at Monash University has been formerly de-registered as a club by the Monash University Student Association since September 2014 after it went criminal attacking Melbourne Jews.  So both Lefties had to travel all the way across Melbourne for a protest in the dark.

Bored students from the National Union of Students (NUS) usually go along as well as a few black bloc from the Melbourne Anarchist Club usually go along to such street theatre just to get out of their smelly Northcote den.

The standard slurs and insults were hurled against Australian defending their home and culture.  The Leftard manual of slurs were pre-placarded by the :  “Islamophobes”, “Racists”, “Biggots”, “Fascists”, “Nazis” of course all translate to “Bloody Australians!“. 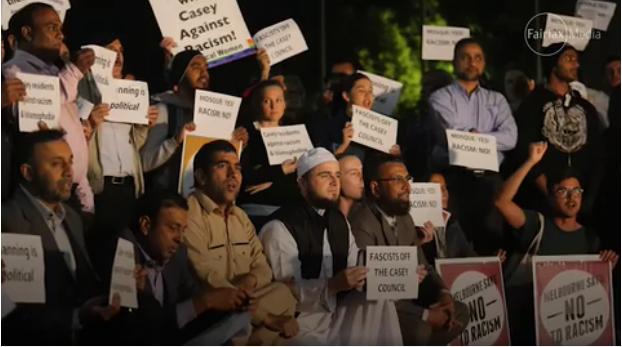 The mosque proposal received 1003 objections from the local Australian community, while a Facebook page Stop the Mosque in Narre Warren– which selectively shares articles that present Muslims in a poor light – has more than 10,000 likes.

This is a win which deserves celebrating.  But it must be recognised as the first battle against a multinational ideological cult, with a support base growing in Australia as every plane from overseas lands on our soil.

Due credit to the will of the local councillors to maintain their commitment to their constituents and to resist the siege of intimidation and political propaganda by the Islamic foreign interests.  Due credit to the Aussie support network involving the United Patriots Front and Rise Up Australia.

So the people of Casey have spoken and the democratic and lawful processes have been abided by.

But the muzzies will be back, like in the 1964 film Zulu (extract scene below).  This siege is just the first battle of an ongoing war of Islamic invasion being fueled by destructive immigration policy imposed on us out of Canberra and by the treacherous Left within.