Credit when credit is due.  Australia’s Home Affairs Minister Peter Dutton in Canberra (a former career police officer of nine years service) has been cracking down on ethnic criminals.  It must be a dream promotion for any police officer to be so empowered with the national authority to sign off on deporting foreign criminals in order to better safeguard our society.

The Liberals languish ideologically bewildered in Turncoat ‘moderate’ disarray.  Contrary to Australia’s national interest, they blindly subscribe to the globalist United (Third World) Nations Paris Agreement which will only redirect Aussie wealth to welfare support the Third World for no climate gain, and persist with anti-coal de-industrialisation of Australian manufacturing.

Answer:  Nothing.  They are joint globalist ‘Dastyaris‘ in it for themselves, prepared to undermine Australia’s sovereignty in the process. 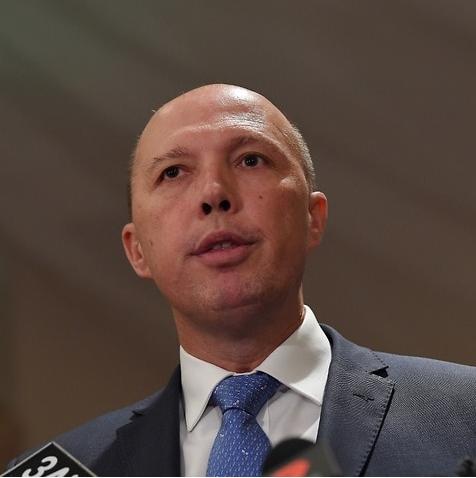 May be if Dutton reckons he’s True Blue, he should apply to join Australia First Party

As if Australian prisons are not overcrowded enough of the foreign filth. So what is the demographic prison population breakdown?  PC Canberra won’t divulge Australia’s prison ethnicity to the Australian public because the statistics would expose the dark side of Canberra’s fetish with mass immigration and multiculturalism.  Combined they deceptively prop up aggregate economic growth Ponzi scheme.  In reality, per capita, the financial net wealth of each Australian is reducing.

The majority of incarcerated criminals in Australia are foreign-born and have no right bleeding the public purse $110,000+ per year. That’s $52 an hour – to languish in gaol while being housed, clothed, fed and educated at taxpayer expense.

Who in Australia gets paid $52 per hour?  Criminals, and mostly ethnic ones in our prisons.  Whereas statistically the average wage in Australia is half that – $25 per our or $52,000 a year.

After auto-deportation, the cost ought to be billed to the country of origin concerned, else if intransigent, deducted off Australia’s over-generous foreign aid funding and otherwise fake refugee programme.

That’s if Dutton was True Blue genuine.  Would he have done the right thing if he had trumped Turncoat? 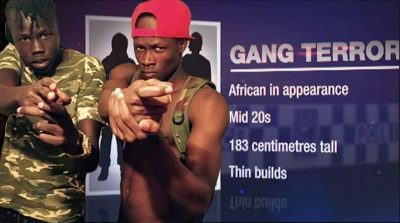 Australia’s tough criminal laws have led to the deportation of more than 800 foreign convicts in 2018 alone.

But if Greens-Labor ever got voted back in, leftist Plibershek would immediately froth and soften the criminal laws juts like in Dan Andrews Melbourne, now blackened.  But then she’s married to a drug dealer.  The CMMMFEU thug gangland rule Bill Shorten’s Labor Party. 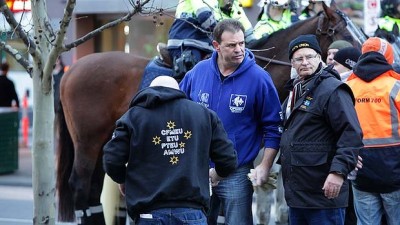 All these deportations were made possible since 2014 when more stringent laws were introduced by Home Affairs minister Peter Dutton.

The criminals all had their visas cancelled and sent back to their home countries. Best they handle their own filth.

Some of the convicts deported were among the most high-profile criminals to have gone through the Australian legal system in recent years.

Some 4,150 criminal and illegal foreigners have been deported out of Australia over the last five years.

Under Labor they all would be pardoned and we’d have criminal anarchy.  Labor’s criminal pardoning Administrative Appeals Tribunal (AAT) is so leftist pro-foreign criminal and so anti-Australia that it deserves to be abolished immediately.

Foreign nationals who think they can flout our laws and harm Australian citizens should expect to have their visa cancelled.  It is a privilege to enter and remain in Australia and we have no tolerance for those who put Australians in danger.

“We welcome people from all around the world, but those few who think they can live in Australia and be involved in criminal actions need to know they won’t be staying long.”

The year prior in 2017, some 1200 foreign murderers, paedophiles, rapists and thugs had their Australian visas cancelled – 430 visas cancelled on character grounds in NSW, along with 300 in Queensland and 217 in Victoria.

“I think by kicking these people out we’re sending a very strong statement.   I think Australians expect people to abide by the law and they must – especially if you’re a guest in our country…there is no place in Australia for those who sought to harm others.  We welcome people from all around the world, but those few who think they can live in Australia and be involved in criminal actions need to know they won’t be staying long.”

But is Dutton the Libs champion of the national interest, or is he just doing his job, or has he done it under sufferance.

If Dutton was a True Blue champion of Australia’s national interest he would abolish the Administrative Appeals Tribunal, set up by moderate Malcolm Fraser in 1976 to hand undeserved rights to foreigners.   Dutton would end immigration and deport the fake refugees in offshore detention.  Then we think he may be listening to Ordinary Australians. 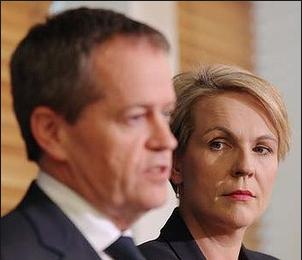 As soon as this lot get into power, anarchy will follow as night follows day.  Tragically, it’s looking likely.