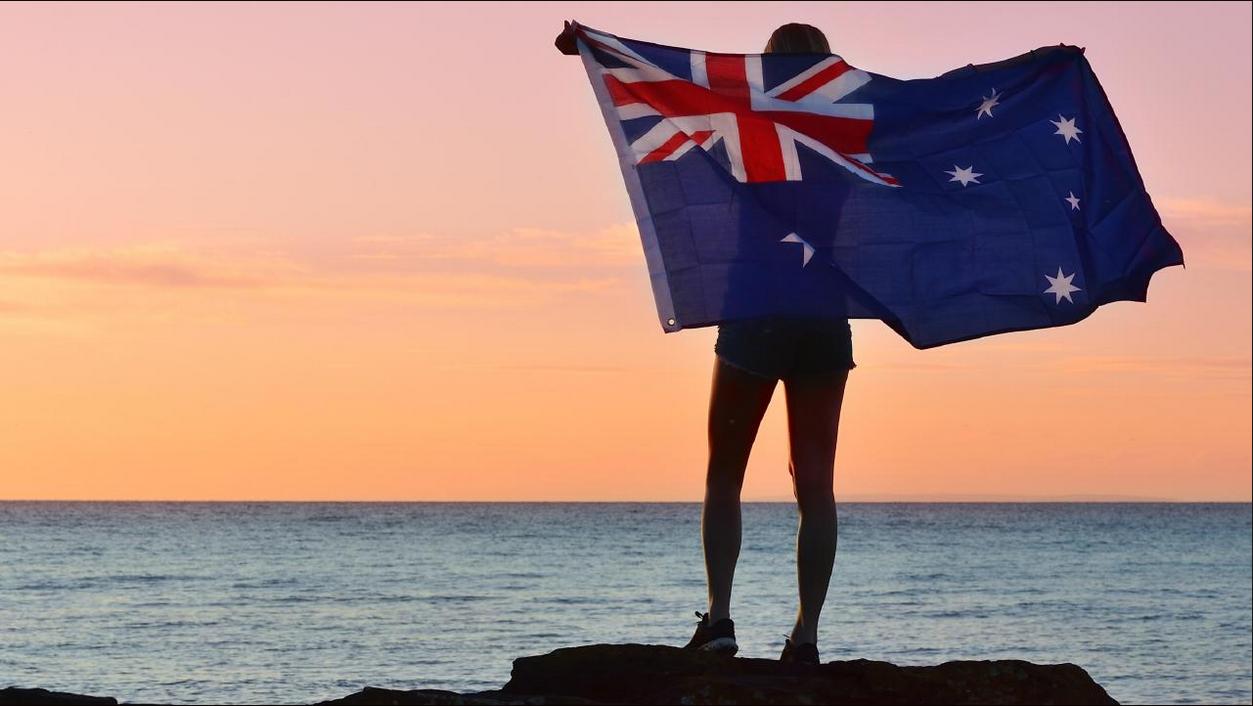 Australia’s northern coast and in 1942 we nearly lost our sovereignty to the invading Japs.

Aboriginal councilman for Alice Springs, Jacinta Nampijinpa Price is looking foward to celebrating Australia Day along with millions of Australians of various backgrounds.  January 26 is a unifying day for us to all celebrate Australianism, distinct from all other nationalities and a land the envy of other nationalities. This is a lucky date because of all the modernising options at the time in 1788, the British were the most civilised, before the French, Dutch, Portuguese or worse. 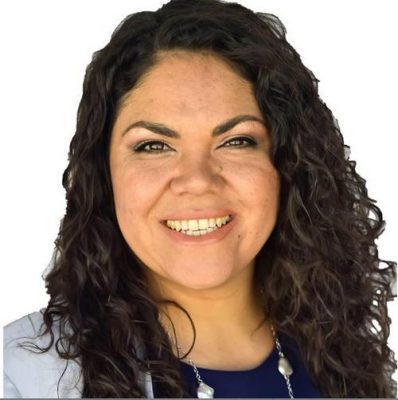 (Disclaimer:  The views and opinions expressed in this article are those of the author and do not necessarily reflect the official policy or position of Australia First Party)

‘No country’s perfect least of all its history, but the foundations of friendship first established between first governor Captain Arthur Phillip and Bennelong (elder of the Eora people) now 230 years ago, set a model for co-operative co-existence.   Phillip’s instructions from King George III were to “endeavour by every means possible to open an intercourse with the natives, and to conciliate their affections”. Phillip was also antislavery and determined the indigenous people would not be cast into servitude. “There can be no slavery in a free land, and consequently no slaves,” he wrote.

Although Bennelong had been kidnapped in late 1789, and escaped in May 1790, he returned under his own terms.  When he was later seen at Manly, Phillip and his soldiers approached. But Bennelong had them surrounded and Phillip was speared.  Historians now believe this was no unplanned attack, but justice for the kidnapping. Phillip did not allow retaliation and as far as the Eora were concerned it wiped the slate clean and allowed for a more equal dialogue.  Bennelong returned to the British settlement, making his home where the Sydney Opera House stands today, and the Eora and British began a meaningful exchange.

“We can learn (from that) it’s about wanting to understand,” Price says. “It’s not just telling your story, it’s about stopping and listening and it had to take place and it took place between my parents (her Aboriginal mother Bess and Irish Catholic father David) and sometimes there are misunderstandings. The complexity of these stories in our country’s history needs to be brought to the fore.”

This little known historical story would have been the wish of many nations.  How many of Australia’s current generation have learned of this historical truth in schools?

Name one anti-Australian protester not languishing on the public purse.

Anti-Australian divisive hatefuls like the fringe-dwelling, foreign-hugging Greens and their golly godfather Richard di Natali, an Italian import  They carry on like paternalistic neo-missionaries trying to speak for Aboriginal Australians. Bloody Greens Supremacists!

His PC brigade is merely a relevance campaign piggy-backing off his deviant marriage law victory.  Now  he’s on to another anarchist campaign stirring up constructed white guilt instead of trying to fix the remaining disadvantages with remote and urban Australia.  Ms Price reckons the patronising Greens need to get out of their inner urban myth and into outback reality. Go West Gollies!

“Fix the present not the past”, Ms Price tells ’em and stop trying to blame present generations for the faults of previous generations.

Former Labor Party president and indigenous leader Warren Mundine says he was “sick and tired of the Greens”.  “There is not one economic plan they have developed for Aboriginal lands,” he said.   He says the Greens mindset has it wrong on Australia Day. While he would’ve chosen a different date to January 26, Mr Mundine said it was actually an insignificant issue people now used for their own agendas.

“(It) is not the first conversation I have in Aboriginal communities — or the second, or the third, fourth, fifth, sixth or seventh — it’s about education and maintaining culture … let’s get focused on the real issues. January 26 is always going to be important, as that’s when the First Fleet sailed in – building on those first ties between Phillip and Bennelong, I have yet to see a country that has done a better job than us.”

How many countries would yearn to have a Constitution like Australia’s?

Dr Sue Gordon, the former Aboriginal magistrate who led the 2007 intervention to tackle indigenous child abuse in the Northern Territory has said the Greens are out of touch with remote communities in their campaign to change the date of Australia Day.

“Aboriginal people are not silly, they know who are going to get things up. The Greens are not a party of any note, and they are not in a position to change anything in the parliament.  There are far more important issues for Aboriginal Australians than changing the date of Australia Day. Senator Di Natale, as a medical doctor, should be talking about child protection, adequate health and housing for Aboriginal people.”

Albino Aboriginal protester Tarnee Onus-Williams (below) is just as bad promoting a constructed notion of “invasion day“.  Japanese invasion day would have been a tad worse had White Australians with Aborigines and Fuzzy Wuzzies not defended the place.  You’d be speaking Jap jibber now luv. 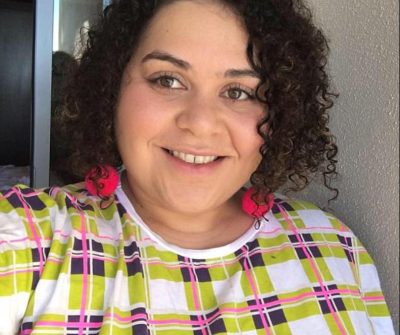 Doesn’t look Aboriginal, and her name’s not Aboriginal

She’s of course another fake, languishing on the public teat like di Natali. She’s an executive of the state-funded Koorie Youth Council in Victoria which is supporting a riot to intentionally clash with the Australia Day rally in Melbourne’s Swanson Street this Friday.

She was on Melbourne radio yesterday criticizing anyone who challenges her so-called “sovereignty” as a “racist”.  Whatever. She’s just a hateful anti-Australian who wants her cake and to eat it.  Time to withdraw funding to the state-funded Koorie Youth Council in Victoria, and all those anti-Australia local councils rejecting Australia Day.

Usually “Nazi” is the kneejerk label.  Tuck into some Vegemite this Australia Day.  It’s black, so it can’t be racist. 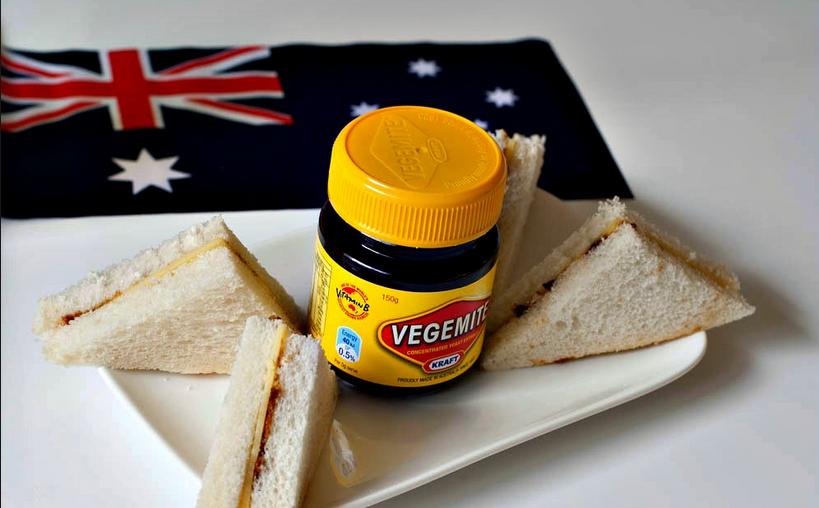 Put ya feet up and have a cold one cobber – this is best place in the world.’