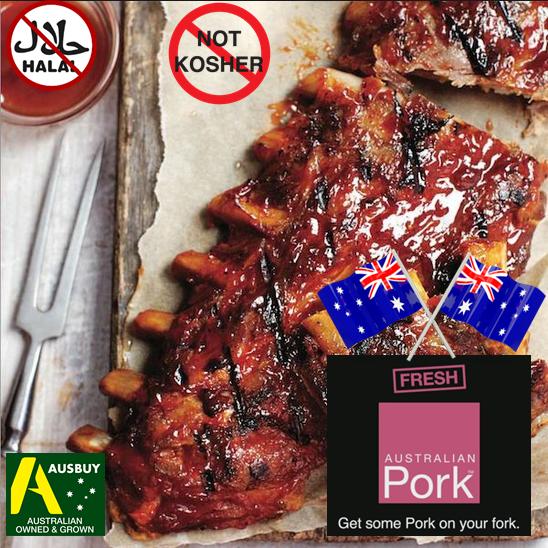 This is the true blue Aussie way to go on Australia Day.

Not only will Aussies be supporting fellow local Aussie independent butchers and sampling some of the best taste sensations, we’ll be sticking it up the anti-Australian PC diversity brigade and the price-gouging Coles and Woolies.

Did you know that all Coles and Woolworths lamb/beef/chicken is all bloody PC throat-slitting islamic halal and kosher?

Did you know that Coles and Woolworths deliberately undercut Aussie independent butchers.  They both flog their islamic halal-kosher meats every Australia Day using these corporate patsies to con shoppers? 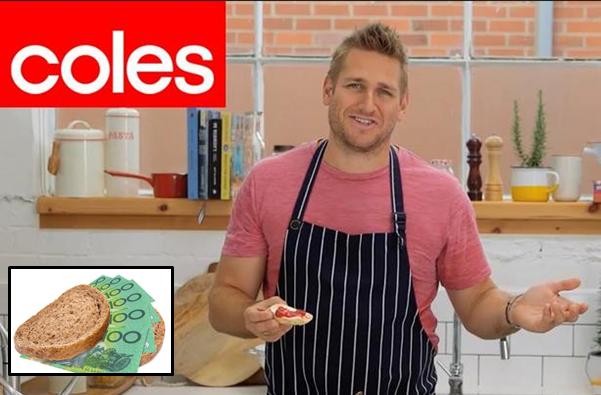 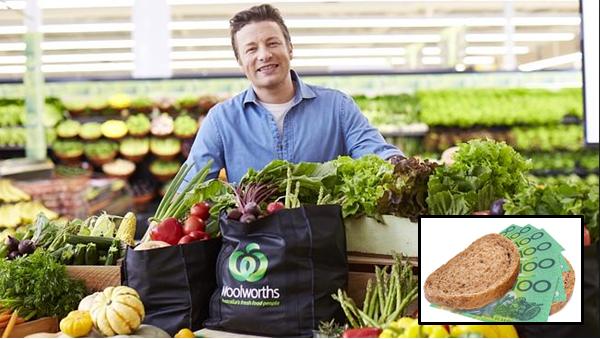 Did you know Coles and Woolies have for decades ripped off thousands of Australian farmers?  The corporate bully boys do it in  – livestock, dairy, horticulture – you name it.

This Australia Day is a good start to buy direct from your local butcher and choose Aussie pork, in any cut of your choosing.  Avoid the crowded greedy supermarket duopoly.  All profits will go to local Aussie families instead of to the corporate elite.

Unlike lamb, chicken and beef; pork is the only meat guaranteed not to be funding islamism or zionist imperialism merely because their foreign barbaric cultures forbid eating pork for ideological reasons.

And Aussie will be supporting Australian pork producers.

Right now, pork farmers around Australia are copping it tough, as demand for chicken/beef/lamb compete because of half a million muzzies now inhabit Australia.

There used to be tens of thousands of pig farmers in Australia.  In the 1960s there were about 50,000 Aussie pig farmers, but now there are just 660 commercial producers left.  Ironically, it hasn’t led to a drop in pork production, which is now higher than it was in the sixties.  Aussies love their bacon, hams, pork roasts, ribs, pork belly, pulled pork, pork tenderloin, pork chops, pork shoulder, pork stir fry, even pork sausages, etc. 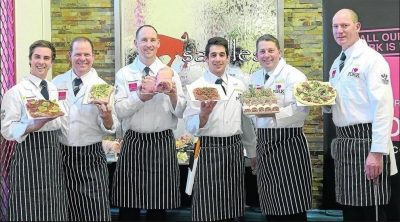 So what exactly is forcing so many producers out of the industry?

Chief executive of Australian Pork Limited, Andrew Spencer, recognises that it’s largely to do with the industry’s modern mantra: “Get big or get specialised to survive.”  Many smaller producers haven’t had the financial means to specialise or grow their businesses and they’ve also battled against an increase in pork imports.

Mr Spencer says the pork industry is a far cry from what it was a few decades ago.  “A lot of those producers were also dairy farmers and the pig industry and the dairy industry for many years moved in parallel because there are a lot of synergies,” he said.  “The dairy industry had a lot of waste product, like whey, that has, since that time, been found to have other uses than feeding pigs.  “So that really forced pig production to become its own specialised industry, and once it moved into its own territory, it became clear that the larger you are, the more efficient you can be.”

The ban of swill feeding has also played a part. It’s now illegal to feed pigs any sort of food waste that’s been in contact with meat or meat products.  As the industry has moved towards more intensive production methods, infrastructure costs have climbed and Mr Spencer says that’s one of the biggest challenges for smaller producers.

“To build (a piggery) new, it costs about $6,000 or more per sow, so if you’re looking at a 1,000-sow piggery, that’s $6 million, so it’s an enormous amount of money,” he said.  Then there are the costs of regulation, such as council approvals and meeting relevant environmental laws, as well as the cost of labour.  “Most of the industry today is indoors and that may be playing some role in (the decline), but I really think that it’s a very much more specialised industry today.”

About 70% of the ham and bacon eaten in Australia comes from pigs grown on the other side of the world and that’s what a lot of consumers don’t understand.

So give Coles and Woolies a wide berth when it comes to buying meat, fruits and vegetables. 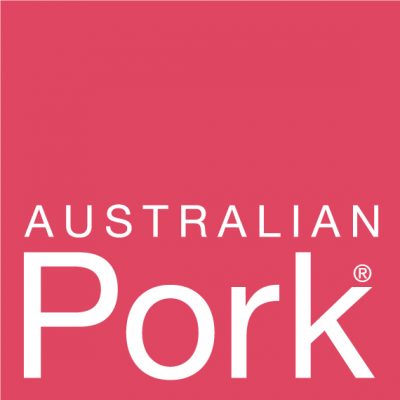 Spencer:  “The growing challenge for the entire pork industry is the competition from cheaper imports. The industry produces 360,000 tonnes of pork each year, but Australian consumers munch through about 550,000 tonnes.  The difference is made of imports from Europe, the United States and Canada.

“So from North America, typically we’re importing boneless legs of pork, and they come into Australia, where they’re cooked and cured and made into ham,” Mr Spencer explains.

“And from Europe, and Denmark in particular, we’re importing boneless middles, which are cooked and cured here and made into bacon.

People are rightly asking, ‘why do we need to import pork?'”

According to Mr Spencer, it’s a cost issue, and countries like Denmark, the US and Canada can provide pork at a much lower cost than Australia can.  “Agriculture in countries like the US and Europe is subsidised and the other thing is to do with demand. In Europe there’s very high demand for legs but not very much for the middle of the pig, while in the US there’s very high demand for the middles, where the grilling cuts come from, and not much demand for the legs.

“In a perfect world, the Europeans and the Americans would be trading with each other…but that doesn’t happen for a lot of reasons around technical trade barriers. So both of those countries look for other countries to export the bits that they don’t want and they’re looking for countries with very liberal trading laws, and Australia is one of the most liberal trading nations, so they end up here.

“That means that 70% of the ham and bacon eaten in Australia comes from pigs grown on the other side of the world and that’s what a lot of consumers don’t understand.”

And Turncoat’s new Trans Pacific Partnership will send how many Australia producers to the wall as cheap Canadian pork will undercut Aussie farmers, not to mention the Third World two-bit waged shithole countries Chile, Malaysia, Mexico, Peru and Vietnam. 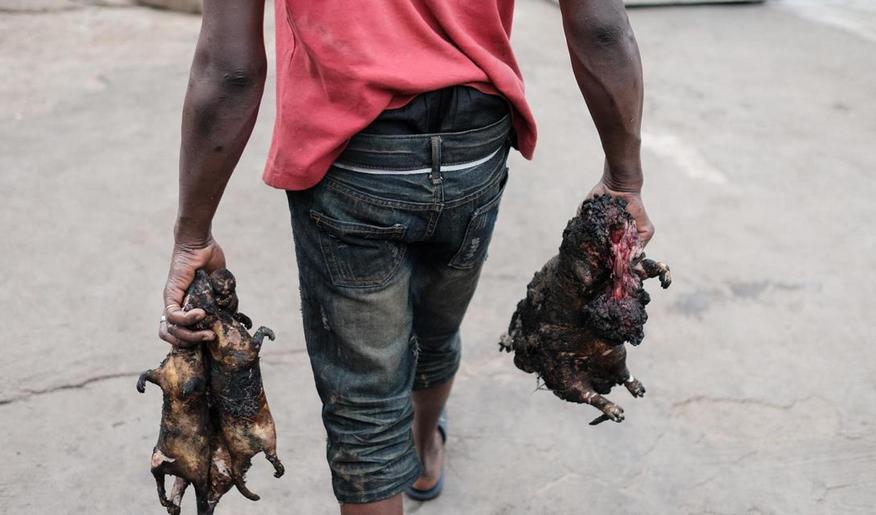 Free Trade with the Third World – and you won’t know where the meat’s coming from.

Thanks for condemning Australian farmers Mal. 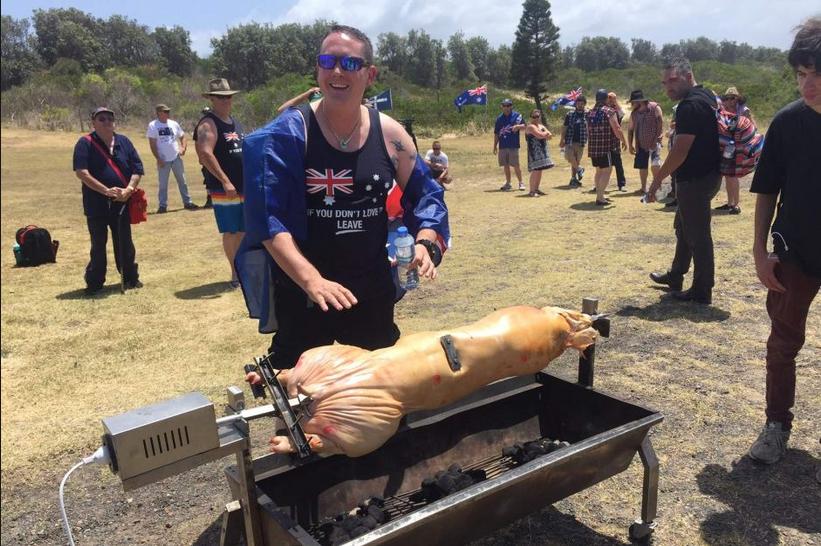