Are there any staff left at Fairfax Media?  We know all the journos have long been shafted, turning up at online men shed’s scribbling troll columns preaching anarchy – the ABC, Crikey, New Matilda, The Monthly, The Conservation, The Guardian, HuffPost, Saturday Paper, Red Flag, Green Left Weekly, brokeback cowboys at inner west Betoota Advocate, and cat-obsessed Slackbastard hiding at Monash.

To fantasize about it being anything grander than journalistic retirement is just leftist denial.  But denial is the Sisyphean state of the failed leftard ideology. 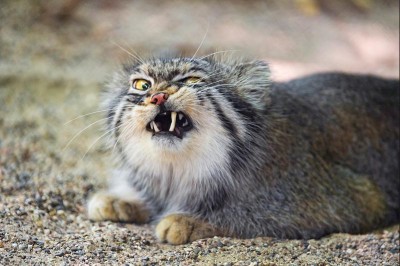 Free to a good home

Advertising revenue finances quality journalism. Therein lies the problem – leftard advertisers have no money.   When bias becomes so blatant to the man in the street, public trust is goneski.  Why read propaganda?  Why buy propaganda?

Good riddance to bad rags. The Age and Sydney Morning Herald only languish for nostalgia like The Bulletin. Dead cat mastheads – The Age, The Sydney Morning Herald and the Australian Financial Review have recently reported gross earnings down 10% from the previous year and that’s become a year on year spiraling pattern.  The dead cats have stopped bouncing in leftist print media. 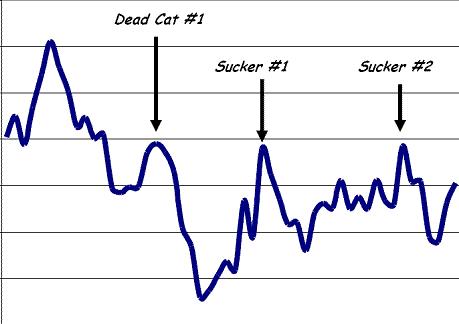 Even Fairfax’s foray into Stuff.co.nz is stuffed and Macquarie Media slumped 4% in 2017.  Bias doesn’t sell.

Fairfax is also devoid of viable digital media models.  The only viable business part of Fairfax has been Domain fueled by mass immigration demand on housing in ethnic Sydney and Melbourne.  Then yesterday (Monday), Domain chief executive Antony Catalano returned to work back from Chistmas leave and quit citing the trite polly excuse..”to spend more time with his family.”  This despite having just spent all last month with his family over Christmas.  Why go down with the sinking ship with all the dead cats? 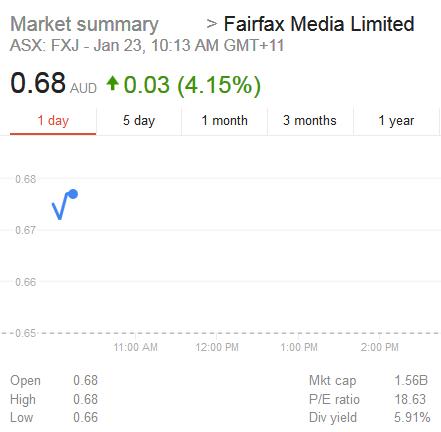 Fairfax CEO Greg Hywood and Chairman Nick Falloon have sacked and cost cut and cashed in their shares ahead of a private equity knock on their executive doors.  They’ll be alright.

Only Trolls Left at Fairfax

All that’s left at empty offices at Pyrmont and Docklands are the trolls who feed off Internet copy-paste, salivate over fake news and fight over leftovers in the laneway dumpsters. 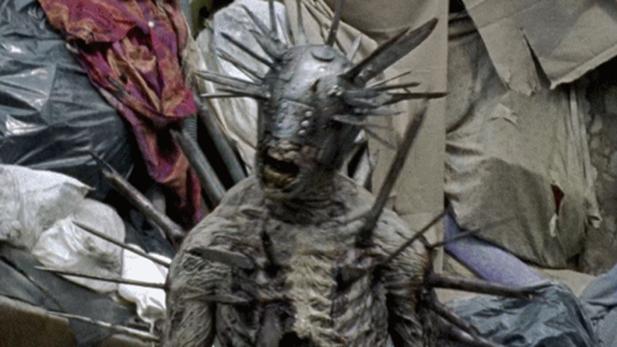 Packs of wild dogs roam the basement eating children. Robot prototypes have been released but they’ve gone rogue and formed rape gangs.  An engineered virus has been released from a secret underground facility and is rapidly spreading across the city.  You know the scenario.  It was coming.

Never journos, those left at Fairfax lie so brazenly that they put their lies right in front of their readers and simply know they might never understand what they are reading amidst the glare of the seemingly cogent script and the big-story headlights. 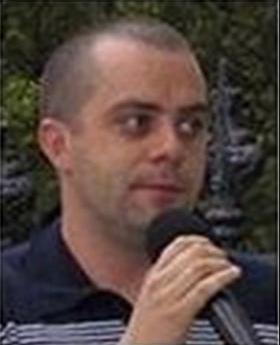 Luke McMahon with co-troll Elise Potaka boast bringing down internet troll and would-be terrorist, Joshua Ryne Goldberg – a little Jewish lad from Florida posing online as everything from a neo-nazi to a jihadi. 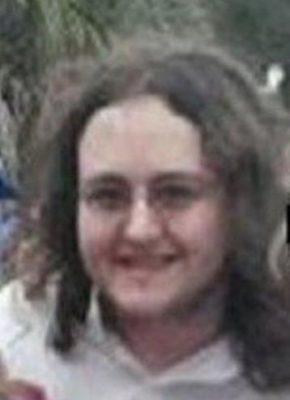 Josh liked trolling and he had fun

And maybe he served the propagandist interests of imperialist Greater Israel by targeting Jews and ‘supporting’ islamist terrorists?

All went well for Goldberg, until – enter Mc Mahon, Potaka and Fairfax Media! 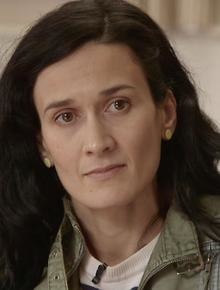 If you believe them, they brought Goldberg’s career to an end.  Sadly (for them) our troll-busters and terror-fighters must now confront the truth!

So how did the myth unravel?

“A young Jewish American man has been charged with pretending to be an Australian-based Islamic State jihadist after a FBI joint investigation with the Australian Federal Police based on information provided by Fairfax Media.”

“Once Goldberg’s identity was confirmed, Fairfax Media handed its information over to Federal Police, who then notified US authorities. On Friday, Australian time, that information led to his arrest.”

Fake news of course. The Goldberg affair has a certain chronology.  An Affidavit to support the terrorism charge was filed in the US District Court in Florida on September 10 2015. Goldberg was arrested on September 11 2015. McMahon and Potaka and Fairfax claimed credit for Goldberg’s arrest on September 12 2015.

Our readers should note that in one of their Fairfax articles, McMahon and Potaka were clearly aware of the Affidavit filed in the case. They stated the “Federal Bureau of Investigation was able to establish more than just antifantasia behaviour. A police affidavit sworn after his arrest says …”. They also knew the name of the FBI officer in the case and the affidavit’s contents and wrote some of it all into their material.

It is fair to say the two Fairfax scribblers had seen the affidavit when they wrote their articles.

Of course, the affidavit was not sworn after Goldberg’s arrest. It was sworn before. And that is just the start of troubles for Mc Mahon and Potaka. So sorry kiddies, the FBI stands to contradict you, not just on this, but so much else.

It would appear that the US Justice Department has published online the affidavit from Special Agent, William J Berry as filed in support of the charge. This document may be viewed at: https://www.justice.gov/opa/file/769556/download

So what does “not relying on any of the information” mean??

Well, it means that the FBI was well and truly onto Goldberg long before Luke McMahon and Fairfax ever provided any information to the Australian Federal Police – and which they handed over to the FBI. There was never any “joint investigation” between the FBI and the Australian Federal Police. The full text of the affidavit bears that out and it explains the manner of Goldberg’s detection.

In the FBI affidavit it is clear that McMahon had internet contact with Goldberg and he reported him to the Federal Police. Okay. Paragraphs 44 – 47 of the affidavit shows that.

However, before anyone thinks that McMahon, having been interviewed by the Australian Federal Police in July, assumed his information was passed over at once and that his information was decisive in the Goldberg investigation, we note the following from the FBI:

In other words, the McMahon information arrived considerably later in the investigation. He must know that because he read the affidavit.

The chronology just does not support the notion of a heroic effort from Fairfax to detect trolls and terrorists.

Our readers should know we worked all that out for ourselves. Yet, the joke is that even the Wikipedia entry on Goldberg and his various Facebook identities, says:

We must ask too, what does “Nor am I commenting on the credibility of the information provided by L.M to the AFP” actually mean? Yes, it could mean many things, just one of which is – that the FBI agent is sceptical about some part of McMahon’s story

Indeed, in paragraph 47, the agent says:

“From my review of the information provided to the FBI by the AFP, it does not appear that L.M. provided the AFP with documents relating to the information on the aforementioned profiles that resulted in L.M. identifying JOSHUA GOLDBERG with various on-line personas.”

Is there something odd here?

McMahon worked with Potaka to expose Goldberg. Agreed. They have done a lot and probably more than their articles or the FBI affidavit reveals.

Could it also be that they have trolled about themselves?  Have they enticed Goldberg into incriminating conversations which, under US law, may amount to entrapments?     It is clear there are “credibility” issues and that McMahon has been not entirely complete with the Australian Federal Police in providing all available data. 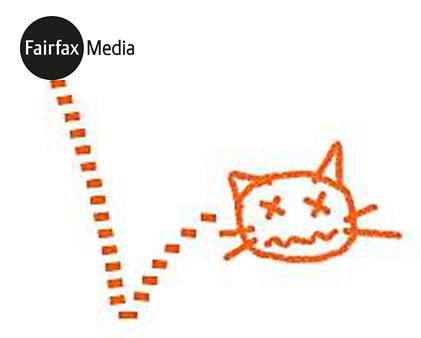 Of course, those nationalists and other patriotic people who have been assailed by McMahon in particular and by Fairfax in general in the past want to know the truth. Yet, it is really the public that has the absolute right not to be fed fake news.

The Goldberg case suggests that fake news is being sold as good gear. It is time McMahon and Potaka fessed to trollism.