We have received many letters and notes of support regarding the new uniting patriotic force, The Australian Coalition of Nationalists.

We expect our partners to publish the initial communique shortly. The communique was published on this page on Monday.

For Australia First Party, this new unity will bring a new weight to the Australian nationalist movement. 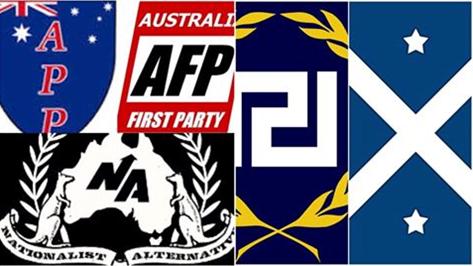 ANNOUNCING THE FOUNDATION OF THE AUSTRALIAN COALITION OF NATIONALISTS

A number of nationalist groups in Australia have decided to come together in a loose coalition, with the general aim of seeking the protection of the Australian people and the Australian way of life, and with the aim of defending the Australian nation’s identity and sovereignty.

The Australian Coalition of Nationalists (hereafter referred to as “ACN”) is a fraternal union of nationalist parties and organisations around Australia, all of which share broad ideological principles, based upon Australian nationalism.

The general purpose of the ACN is to foster goodwill between Australian nationalist organisations, to encourage mutual aid, cultivate ideological and philosophical co-operation, and to release occasional public statements on matters of common interest. 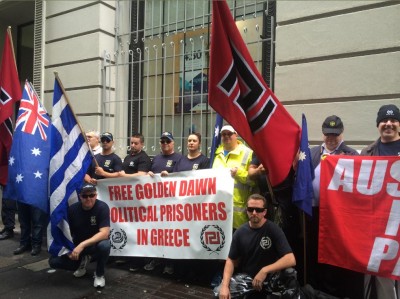 The underlying principles of the ACN are as follows:

1. Our Australian Way of Life, Our National Identity and Culture deserves to be protected and promoted

The insidious ideology of Multiculturalism needs to be recognised as a political ideology which is anti-national in its bias, and which is used to undermine the national culture and patriotism, replacing national patriotism with a civic patriotism which is internationalist in nature. The main concern of Australian Nationalists should be the welfare and continuation of the Australian people; whilst lessons may be drawn from the struggles of kindred peoples overseas, our main efforts should always be with regards to Australia (and not be distracted by, or caught up in, foreign entanglements, such as the problems of the Middle East). Australians must defend the existence and sovereignty of their nation, if we are to survive as a distinct people.

2. The interests of the Australian people should always be placed first and foremost

3. National Patriotism, as a broad ideological philosophy, should be encouraged and expanded wherever possible

A growth in the broader movement of National Patriotism, or Nationalism, is needed in our country. The significant and popular emergence of various anti-Islamification movements has shown that there is a widespread and largely-untapped patriotism within the Australian people. It is a concern, however, that some elements have tried to direct that sentiment into a pro-Multiculturalism movement of Civic Patriots which characterizes itself as “Australian”, but which is actually anti-national in reality, being based upon an anti-Australian civic ideology which is committed to Multiculturalism, Third World immigration, and the eventual demographic genocide of the Australian people of White/European heritage via population replacement. An awareness of, and a pride in, one’s own people should always be encouraged. 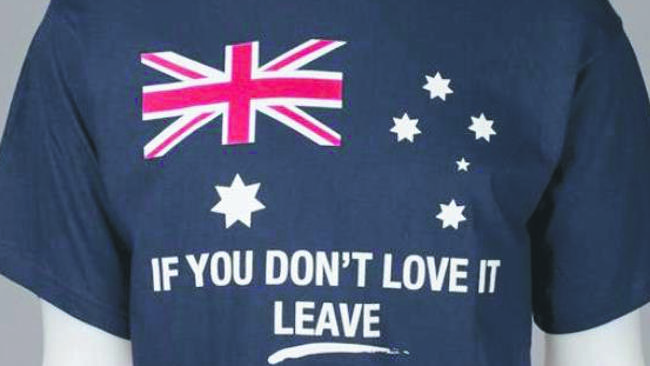 4. The demographic displacement of the Australian people must be opposed, to ensure the survival of our people into the future

The enormous levels of Third World immigration into Australia since the 1970s represent a threat to Australia’s way of life, identity, and culture. Whilst the encroaching demographic and cultural impact of Islam on our country is a major concern (as is the associated threat of Islamic terrorism), and needs to be countered, it should be recognised that it is only one part of a wider problem. The spread of Islam should be opposed within our borders; but fighting Islam would be almost pointless if the end result of the process is that Islam is defeated but, in the meantime, the Australian people were to be replaced by the peoples of the Third World. The immigration-driven imposition of Islam upon our people would mean an end of freedom; however, the immigration-driven imposition of a population replacement of our people would mean an end of our people entirely. The ongoing Islamification and Third World ethnic domination of Australia are entwined cultural and demographic occurrences which, if left unstopped, will irreparably change the Australian people to the point of cultural destruction and demographic extinction. Immigration programmes need to be designed to enable the continuance of both the Australian people and the Australian way of life.

5. The fight for Australia must be developed in all areas and walks of life of the Australian population

A call goes out to Australia and its people:  ‘Join in the fight for the future of our nation!’

Our nation needs men and women with the bravery and determination to defend our future. We must seek all those who are loyal to the ideals and continuance of our Australian nation and our Western civilisation. There is a Culture War afoot, obvious on many levels and unnoticed on others; it is our bounden duty to awaken the sleeping Australian people and recruit them to the fight for the survival of our nation.

The current composition of our Nationalist Coalition is:

The development of the ACN is a step forward for the wider nationalist movement in Australia.  We aim to foster a more positive nationalist mindset amongst the general population, as part of a commonsense fight-back against anti-nationalist attitudes propagated by misguided globalists.

We look forward to promoting the welfare and survival of the Australian people.