Leftist immoral ABC media labels them as ‘young people’, but decent Australians just refer to them as ‘children’. Just abolish the ABC. It only serves itself and preaches Leftist bias.

The hateful Commo-Left knows no bounds of depravity and abuse by using, abusing and porning innocent school children for political ends.

On Friday, November 30 in 2018, the Australian Education Union based in yuppie Surry Hills in Sydney, ordered school teachers around the nation to strike.

Why?  ‘Global Warming’ or its successor ‘Climate Change’.  What has a leftist campaign got to do with primary and secondary school children?

Worse than that, the Australian Education Union ordered their compulsory teacher union membership to force their classroom children to participate in their Leftist protest outside school in the streets. 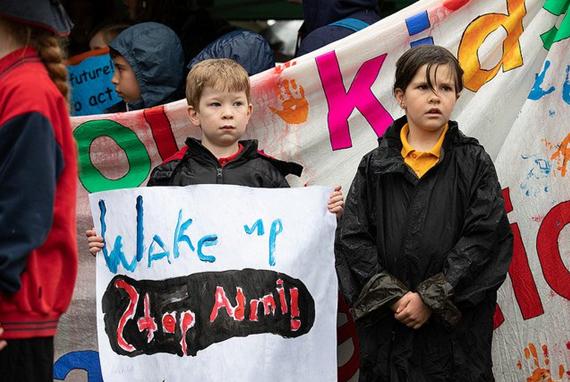 Poor kids wouldn’t have a clue about Adani.

Such photos are a flagrant political abuse of school children by their entrusted teachers.

Thousands of Australian students defied calls by PM ScoMo to stay in school and instead marched on the nation’s capital cities, and some regional centres, demanding an end to political inertia on climate change.  Why?

Thousands of school children were intimidated and bullied by their unionist teachers to wag school on the Friday to be Climate Change protest puppets to hold up Greens-Left politically charged banners that the children didn’t understand.

Australian schools have become hotbeds for child-exploitative political activism. The Greens are morally bankrupt forcing primary school students to be used and abused by leftie teachers as naive political puppets against the Australian government.

This is so wrong!

Some children broadcast nationally on the ABC nightly news were as young as 5 years old.  Parents were not told of this premeditated abuse of their loved ones.  Parents only witnessed their youngsters on the night’s news wagging school, enslaved to unionist rallies holding up adult-scribed political placards. 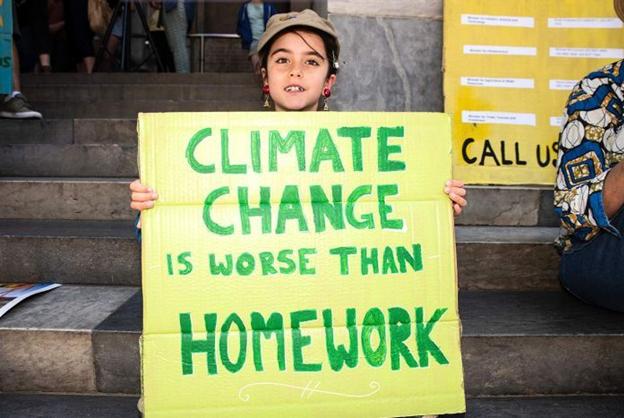 “You have to hold this up to the camera or you will be in trouble.” – pedo-deviant or what?

Who were the masterminds of such political child abuse? 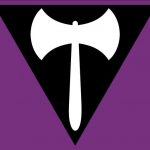 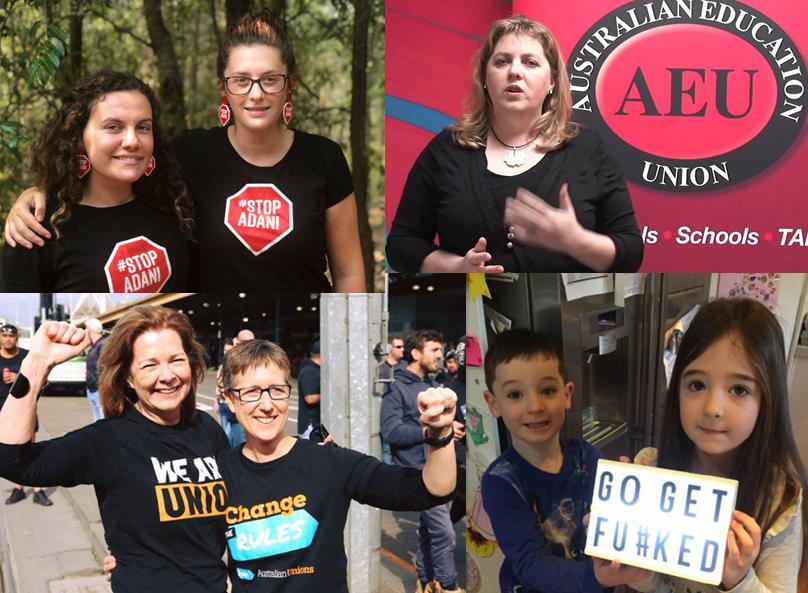 Union officials are all class

The masterminds Facebooked: “events are inspired by and organised by the students themselves, with some help from organisations like the Australian Youth Climate Coalition.”

Bollocks chicks!  They belong to a thug union officials movement. Their deviance condones children being used and abused in political advertising.

Any wonder there are calls crackdowns on Zuckerberg’s cyber-bullying platform.

Of course this strike stunt was ACTU instigated, not the fabricated furphy of some 15-year-old Swedish pupil Greta Thunberg on the other side of the world.

As union officials, they all got paid out of union membership dues.  They’re compliant teachers also all got paid without a strike pay cut – negotiated out of rostered leave and the like.

Not one AEU teacher lost one dollar financially. It’s how Commos collaborate.

These four ACTU hags should not be responsible for children. So rejected regulatory ‘Working with Children’ check approvals. In Sydney, the protesting students chanted “climate action now” and “ScoMo sucks” while similar numbers blocked streets outside the Victorian parliament in Melbourne. Placard puppets of the Left.

Yet our ‘young people‘ can’t add up, can’t spell, fail English grammar, are ignorant of Australian history, but instead are brainwashed hateful about 1788 and 1901. We recommend she purple-emigrates to Venezuela

What are our kids being taught in AEU indoctrinated schools?  Obviously it’s useless crap to brainwash school students to graduate and vote leftist Greens. PM ScoMo has expressed his dismay with Leftist teacher abuse of school children immorally pushing a political cause. He stated:

“We don’t support the idea of kids not going to school to participate in things that can be dealt with outside of school.  We don’t support our schools being turned into parliaments. What we want is more learning in schools and less activism in schools.”

His Resources Minister Matt Canavan said the only thing children would be learn from this truant protest was how to collect government benefits.

“The best thing you learn about going to a protest is how to join the dole queue. That’s what your future life will look like, up in a line asking for a handout, not actually taking charge of your life and getting a real job.”

But the blinkered protest masterminding Lesbians didn’t care.  They’ve been on the taxpayer teat since being school children.  The Lesbians ordered thousands of school children hammer phone calls into the PM’s office spewing protest about black out inaction on the Greens climate change cult campaign.

The Melbourne-co-ordinated rallies went national, staged in almost thirty cities and towns around Australia, which included all state capitals as well as large regional centres like Ballarat and Newcastle.  Some 2000 school children kids flooded Martin Place today for Sydney’s Student Strike for Climate Action rally, forced to truant school to express their teachers’ displeasure with the lack of attempts to stop supposed global warming.

This is despite Leftie fabricated charts on the Internet exponentially projecting CO2 armageddon like yesterday?

Third World islands remote in the Pacific are Greens-Left vocal because they are lazy seekers of First World welfare.  It’s why Nauru and Manus took the illegals – because First World Australia paid them hundreds of millions in hassle money.

Australian children are entitled to a decent First World Australian education in the academic fundamentals.  Our school children deserve a First World education standard by Australian qualified and experienced scholarly teachers teaching objectively and so earning professional permanent salaries.  This is not reserved for the privileged urban rich, but equally and fairly throughout remote traditional Australia. Are you concerned about future generations of Aussies?

Do you consider that our children are being treated like numbers rather than individuals by the mass education system?

What do the bi-partisan government’s cut-backs on schools mean for your family?

Australia First Party is composed of mums and dads who share your concerns. We don’t want your children being churned out by the socialist education system to become unthinking drones, cogs in the social machine.

We want our children to be educated in a nurturing, trusting, safe environment where their unique abilities and talents are encouraged to flourish. We want a bright future for Aussie kids with all the opportunities they deserve.

Help us fight for Australia’s future.

[This article is written with due recognition and thanks inspired from Australia First Party’s branch membership in Toowoomba.]