Immigrant Arabs aren’t taught history – about how young brave Aussie farming lads signed up in World War II and ended up on the other side of the world in the north African desert digging trenches, defending Libya against tyranny, on principle.

Our Australian forefathers were indeed made of sterner stuff.  Let us live up to their standard.

Three generations ago, way back in 1941, hardened Aussie farmers’ sons from the Bush sent to foreign lands, held off Nazi Germany’s Erwin Rommel’s entire Africa Corps from taking the Allies critical oil supply port of Tobruk. We gave Rommel the finger, the moon, and our lives to defend freedom and in doing so we changed the course of the War. 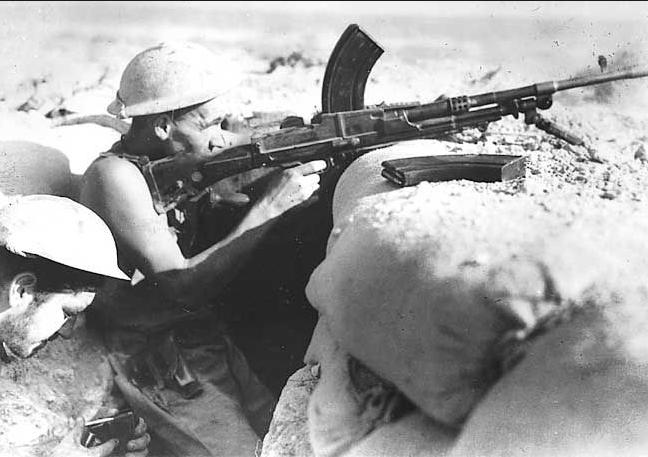 German Nazi Operation Sonnenblume (6 February – 25 May 1941), forced the British into a retreat to the Egyptian border.  A garrison was left behind at Tobruk, to deny the port to the Axis, while the WDF reorganised and prepared a counter-offensive.

The Nazi Axis siege of Tobruk began on 10 April 1941, seventy years ago, today.

The occupation of Tobruk deprived the Nazi Axis of a supply port closer to the Egypt-Libya border than Benghazi, some 1400km west of Egypt, which as an Allied base was strategically within the range of RAF bombers.

The siege diverted Axis troops from the frontier and the Tobruk garrison repulsed several attacks enduring extremes of temperature in makeshift trenches in the north African desert. The port was frequently bombarded by artillery, dive-bombers and medium bombers, as the RAF flew defensive sorties from airfields far away in Egypt.

British Mediterranean Fleet and Inshore Squadron ships ran the blockade, to carry reinforcements and supplies in and wounded and prisoners out. On 27 November, Tobruk was relieved by the 8th Army (the name of British, Commonwealth, Imperial and Allied forces in the Western Desert since September 1941), during Operation Crusader.

German Nazi propaganda at the time labelled the Allies desert-based defence of the strategic North African port of Tobruk as “desert rats.”  Air dropped leaflets by high-flying and out-of-range German Nazi misinformation spy aircraft trying to intimidate the entrenched Army defenders of Tobruk, were picked up and used by the rats to “wipe their bum”.

For historic truth we go to the official Australian War Memorial website: https://www.awm.gov.au/encyclopedia/tobruk/

Between April and August 1941, 14,000 Australian soldiers, 11,000 British soldiers and 1000 Indian soldiers were besieged in the coastal city of Tobruk by a massive and overwhelming German–Italian mechanised army commanded by General Erwin Rommel.

The garrison, commanded by Lieutenant General Leslie Morshead, consisted of the 9th Division (20th, 24th, and 26th Brigades), the 18th Brigade of the 7th Division, along with four regiments of British artillery and some Indian troops.

It was vital for the Allies’ defence of Egypt and the Suez Canal to hold the town with its harbour, as this forced the enemy to bring most of their supplies overland from the port of Tripoli, across 1500 km of desert, as well as diverting troops from their advance. Tobruk was subject to repeated ground assaults and almost constant shelling and bombing. The Nazi propagandist Lord Haw Haw (William Joyce) derided the tenacious defenders as ‘rats’, a term that the Australian soldiers embraced as an ironic compliment.

Half the Australian garrison was relieved in August, the rest in September-October. However, 2/13 Battalion could not be evacuated and was still there when the siege was lifted on 10 December, the only unit present for the entire siege. 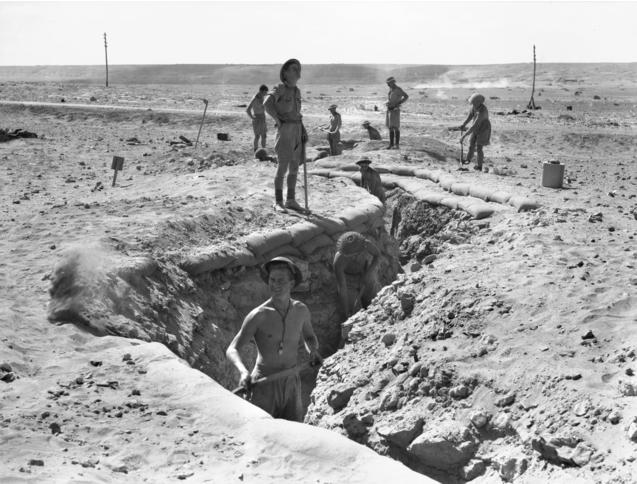 The Rats of Tobruk was the name given to the soldiers of the garrison who held the Libyan port of Tobruk against the German Afrika Corps, during the Siege of Tobruk in World War II.  In what proved to be a propaganda mis-step, Lord Haw-Haw derisively referred to the Garrison as “poor desert rats of Tobruk” during radio broadcasts.

At this time, Rommel’s Afrika Korps had never been defeated.

With typically Australian dry wit, Australians reclaimed the name as a badge of pride, even going so far as to strike their own unofficial medal bearing the likeness of a rat.

During the first phase of the offensive, the Rats were mostly concerned with constructing and reinforcing their defenses and observing the enemy. After a few months, however, purely defensive operations gave way to patrols. These forays outside friendly lines were broken into two categories: reconnaissance and fighting. 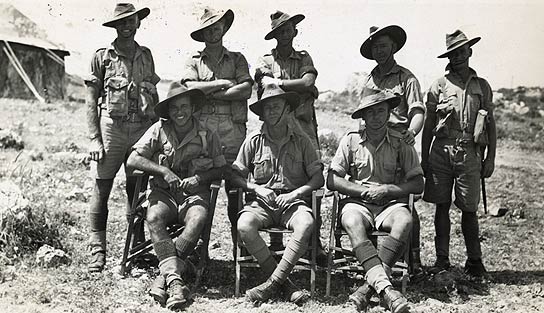 The announcement and accompanying citation for the decoration was published in supplement to the London Gazette on 1 July 1941, reading: 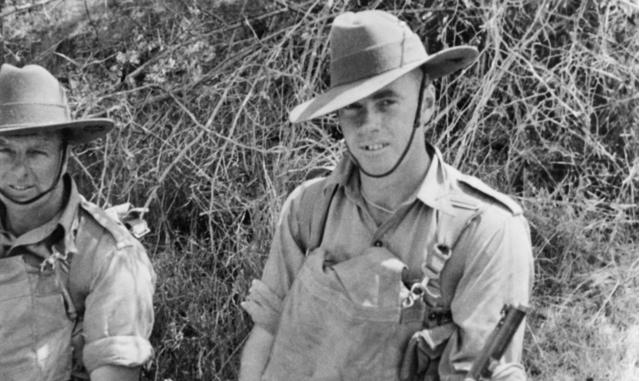 The KING has been graciously pleased to approve the posthumous award of the VICTORIA CROSS to:—

On the night of 13th–14th April, 1941, a party of German infantry broke through the wire defences at Tobruk, and established themselves with at least six machine guns, mortars and two small field pieces. It was decided to attack them with bayonets, and a party consisting of one officer, Corporal Edmondson and five privates, took part in the charge. During the counter-attack Corporal Edmondson was wounded in the neck and stomach but continued to advance under heavy fire and killed one enemy with his bayonet. Later, his officer had his bayonet in one of the enemy and was grasped about the legs by him, when another attacked him from behind. He called for help, and Corporal Edmondson, who was some yards away, immediately came to his assistance and in spite of his wounds, killed both of the enemy. This action undoubtedly saved his officer’s life.

‘Shortly after returning from this successful counter-attack, Corporal Edmondson died of his wounds. His actions throughout the operations were outstanding for resolution, leadership and conspicuous bravery.

An hour later, 200 German infantrymen attacked the post, forcing the Australians to withdraw, and established a bridgehead in the outer defensive line. However, the fierceness of the platoon’s defence pressured Rommel into diverting troops from his main attack. The attack failed, with the German tanks being mauled and forced to retreat with heavy casualties.”

Corporal John Edmondson died of his wounds and is buried in the Tobruk war cemetery.

He was the first Australian to receive the Victoria Cross in the war. 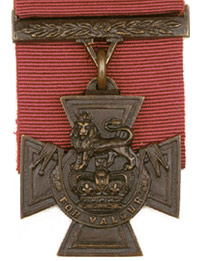 Edmondson’s VC was presented to his mother by the Governor-General on 27 September 1941. In 1969, she presented her son’s medals and some of his personal belongings to the Australian War Memorial, where they still are on display.

Watch the documentary when you can (Duration 60 mins. It’s worth it. Leftists prohibit Australian History being taught in Australian schools, so under the occupation, Aussie resistance is to teach our kids ourselves): 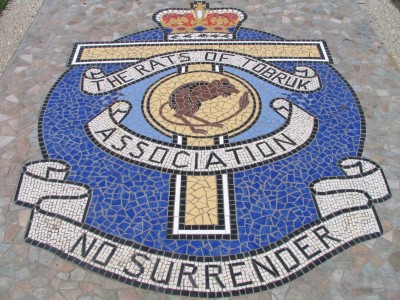