With Victoria’s famous shipwreck coast currently copping a Bass Strait pounding from 15m waves this weekend, hero rockfishing Asians of all ages are encouraged to cast a line in the water in the inaugural Twelve Apostles Asian Midnight Fishing Classic. 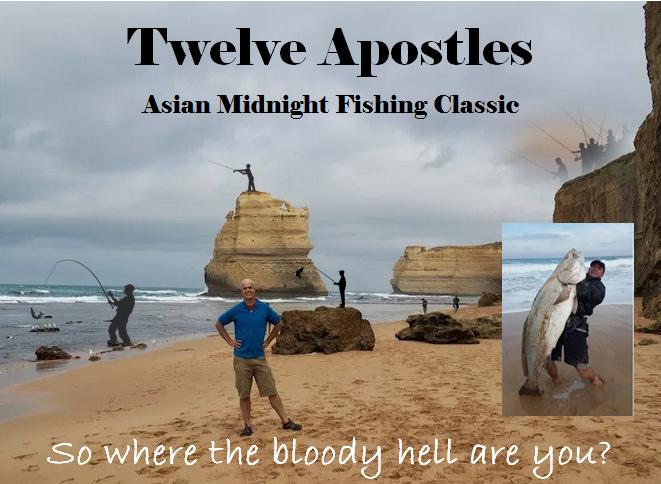 This time of year the big Aussie snapper are migrating and biting.  Better still the White Pointers are chasing them – need bigger fish hook!

And we know Asians love their rock fishing and their big fish. 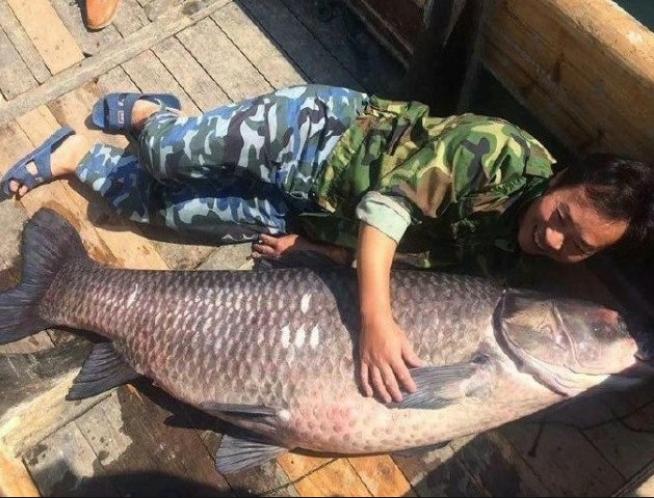 So to all the Asians out there looking for something to do over the weekend, pack up your Great Wall people mover and head down to the rock shelfs along the Shipwreck Coast and experience the 7 metre swell.  Where the surf’s big, so are the fish.  The top spots this weekend are the Twelve Apostles, Gibson Steps, Loch Ard Gorge, The Grotto, and Sherbrooke River Beach.  If you’ve got a tinny, put it in at the Boat Bay boat ramp at Peterborough.

Come on we know you luv the risk! 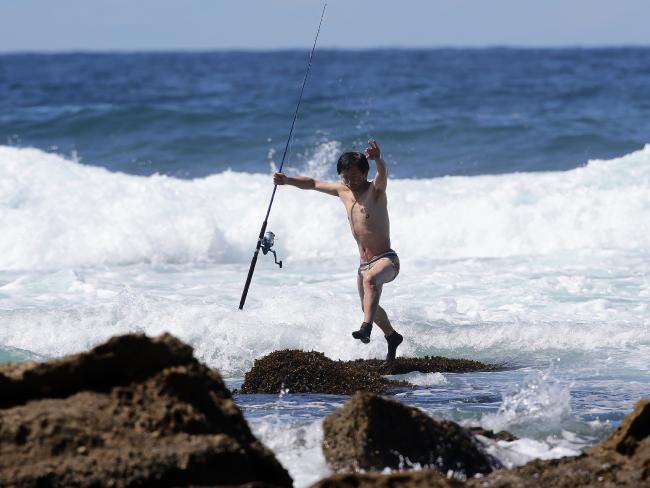 And night fishing is for the real heroes, when there’s no-one around. 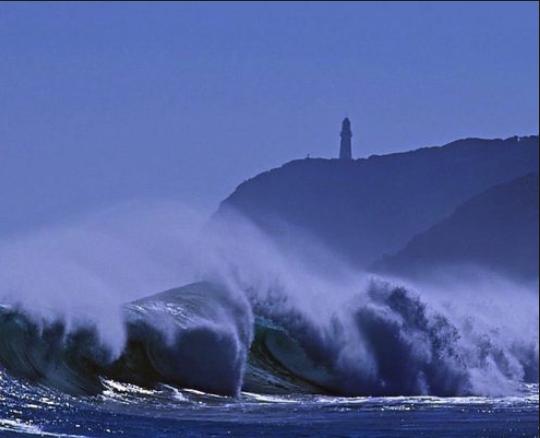 Don’t worry about the washing machine foaming fury of the sea nor the ‘beach closed’ signs.  They only apply to locals.

The benefit of Asian Midnight Fishing is that for locals who think it may be a good idea to save the stupid suicidal bastards, the only vision they will get will be this, and hopefully will sink in enough sense to stay home and presume the ethnic endeavour was intentional and private. 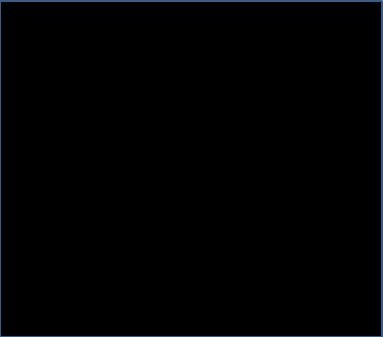 The glory of Asian Midnight Fishing is that it becomes too hard for locals to go looking. So the ethnic suicidals succumb as intended and local Aussies stay safe.

The Bureau of Meteorology senior forecaster, Chris Godfred, reckons every third wave this stormy weekend could be a doozy, typically peaking up to 9 metres; and once or twice during the day it can be expected to be waves of 14 to 15 metres out in Bass Strait.

Meanwhile, some Asian crabber has succumbed at Blairgowrie back beach on Anzac Day eve.  It’s believed the 53-year-old was crab fishing with a female friend on a rock platform near Bridgewater Bay on the Mornington Peninsula when they succumbed. 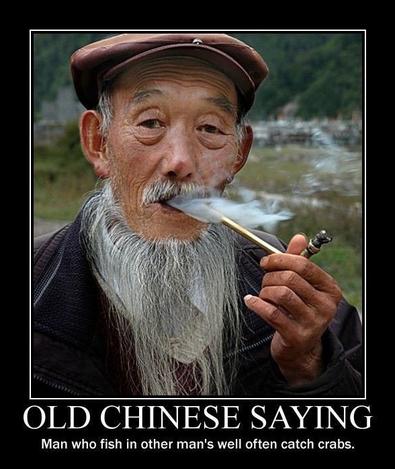 Now they should have instead been grabbing an early kip so that they could be up in time for the dawn service.   But they’d be burley for the Bronze Whalers by now.

In October 2017, Yik Sua Hong (78) (his real name) succumbed near the same spot while rock fishing.  Similarly, last Monday a rock fisherman was washed off the rocks at Iron Peg headland at Skennars Head just south of Lennox Head on the New South Wales north coast. 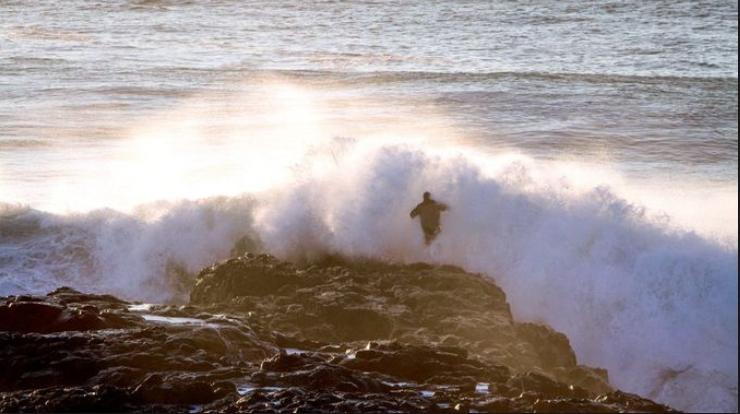 Yep, freak Asian.  So don’t blame the ‘freak’ wave toward the end of every set.

Other popular ethnic suicide by sea hotspots in Victoria include Cape Schanck, Cape Woolamai and the nearby unpatrolled Colonnades, Portsea back Beach especially the unpatrolled rocky part up near London Bridge, Bushrangers Bay Beach, Kilcunda Beach and St Andrews Beach.   Ovre in South Oz, ethnics prefer Cape Carnot’s rogue waves.    They all prefer to do it on a Sunday. 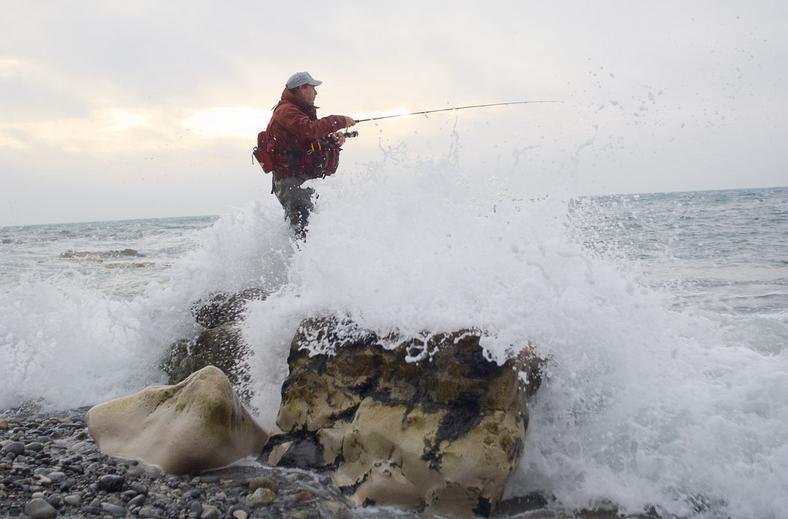 Bream don’t like cheap Wonton bait and there is a perfectly good Fish and Chipper on shore dude!

Victoria could learn from an initiative of Randwick City Council in Sydney.  There are so many Asians and Arabs of all persuasions who are addicted to rockfishing along the rocky coastline who are so heroic that they refuse to wear a life jacket.  Many don’t even own one, or know what one looks like.

Dozens of hero rock fishers succumb every year, mostly male and mostly Asian.  So the council has come up with ‘death scoreboards’ which it has positioned at the known fishing hot spots.  Every week or so, the coroner instructs the tally to be increased as more bodies arrive at the morgue. 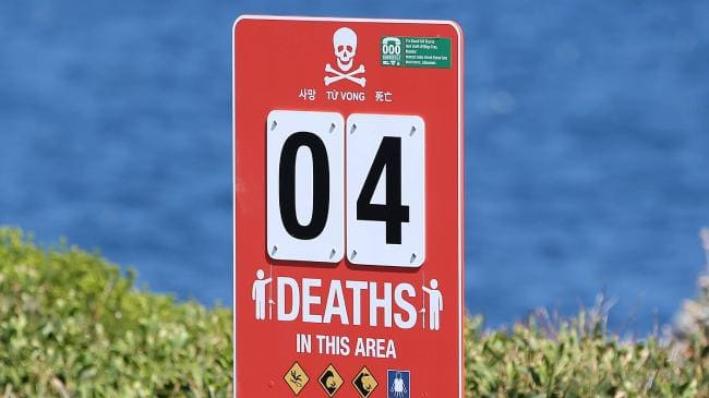 Twelve signs have been installed so far, featuring a changeable tally of nearby deaths with translations in Chinese, Vietnamese and Korean (the main culprits).

The old ‘turn your back on the rogue wave‘ excuse

In 2014, on a calm autumn day, Mr Hua Huiqing (24) and Mr Zhang Dingding (20) their real names), joined four fellow Chinese students for an afternoon of fishing on a rock ledge north of Sydney.  They were presumably unaware that the spot they had chosen, Wybung Head, is nicknamed “Drowning Rocks”. It has claimed 16 lives in a decade.   Shortly before sunset, the group was preparing to leave when Mr Hua’s girlfriend, Ms Zhua Shihu (a Chinese), who had her back to the ocean, was suddenly swept into the water by a large wave.  The family blame the wave for being ‘rogue’,  but it wasn’t the wave’s fault.  It was just cruising in minding it’s own business.

Mr Hua helped to untangle his girlfriend from a fishing line and she made it back to the rocks, but he was taken by the waves. Trying to assist, Mr Zhang was also swept into the water. Mr Hua’s body was found floating in the water the next morning. The body of Mr Zhang was never recovered.  (Tiger shark no doubt).

Tragically, the ledge at Wybung Head is just one of numerous notorious death spots around the coastline in Australia, where an average of 14 rock fishermen (Asian) die each year in what has been described as the nation’s most dangerous sport. Some places are known to have had dozens of deaths.

New South Wales’ emergency services minister, David Elliott, has imposed on-the-spot fines on rock fishermen who fail to wear life jackets while fishing.  He admits many rock fishermen in Australia were not from English-speaking backgrounds and it was difficult to ensure that they were aware of the dangers. The state has had 37 rock-fishing deaths in the past four years – all ethnic who could read or speak Engrish to save themselves.  The PC brigade term the condition as ‘Culturally and Linguistically Diverse’.  Basically it’s ethnic laziness.  They just rock in straight off the plane and head to the coast.

They really should stick to beach worming on the front beach when it’s warm sunny and the bay is like a mill pond.   But for fly in ethnics with NFI, well life jackets should still be worn.

“Rock fishing is a very risky and dangerous sport,” he said.  “The statistics are showing us that and it’s generally males who are drowning and they are generally the risk-takers.”   Also they’re almost all Asian but he doesn’t admit that to the media.

New research from Royal Life Saving Australia shows 210 ‘Australians’ drowned on public holidays over the past 15 years.  But that’s just the PC propaganda. The truth is that more than 90% of them had foreign passports and were ‘Australian’ only according to some certificate they got on Australia Day.

Surf Life Saving Australia’s national coastal risk and safety manager, Shane Daw, confirms that the volunteer organisation experienced the worst summer period for 15 years since we began recording drowning deaths in 2004.  Some 114 people have succumbed around the country in the three months of summer – the deadliest on record. 88% are male and 90% are likely ethnic, but the media hides the ethnicity because it looks bad for tourism.  Many are fake foreign students here for backdoor immigration.  It keeps coroners in full-time employment.