The Australian Nationalist White Book is now on sale. Why should you buy it? Because we’re not giving it away and you won’t be able to read it otherwise. But joking aside, it’s probably best that I don’t write my own blurb, but import the nice words written by my friends and sometimes masters over at New Australian Bulletin. That way I keep it all objective.

It is with great excitement that the New Australian Bulletin announces the launching of The Australian Nationalist White Book. It is published under our imprint.

Our friend and sometimes contributor, Nathan Sykes, has certainly been busy of late. What with all the bother he’s facing from the corrupt NSW and Media Police State, he found time to effectively write the book on Australian Nationalism.

No book on Australian Nationalism of this sort has been attempted yet, and to that end, he had a little help from Australia’s leading veteran nationalist Jim Saleam, who said of the book, “The Australian Nationalist White Book is a new contribution to the ideological struggle. Over the long period, nationalists have been forced to enter into controversy with other would-be schools of opinion that have attempted to hijack or distort nationalism and utilise it as some buttress for a conservative or half-blooded ‘patriot’ politics. This publication by a new writer is a solid effort at upholding Nationalism.”

What’s more, he said it in the foreword. We are holding a copy right now, and we can honestly say, it’s timely. And we agree with Dr Saleam, who is also a sometimes contributor to the site. At the time of ‘Grampian Provocateurs’ and their champions from the British Australian Community along with their bumbling mouthpiece XYZ, a firm, conclusive definition of what is an Australian and what an Australian nationalist is and is not is needed urgently. And here it is, in an insightful, splendidly written tome, which includes certain chapters which we’re proud to say were published here originally, but have taken down for publication reasons.

Mr Sykes said he wrote the book because there is too much “skullduggery” and “white-anting at the coal face.”

“It becomes obvious if you follow the history of Australian nationalism that not only must we deal with the state, not only must we deal with the ideological-imbeciles of the Left, but probably our biggest struggle is against idiots, cretins, and would be fuhrers,” he added. “I have suffered personally from the latter and I’ve seen how they do everything they can to spoil a movement so that it never gets off the ground. Trust no one, or very few.”

The Australian Nationalist White Book is certainly to become a valuable resource and manual for both proud nationalists and those who can’t seem to get their head around what, Mr Sykes argues, is a very simple proposition. “If you identify as Australian, then you want what’s best for Australia, and all else follows from there. No honest Australian wants his country colonised by foreign muppets no matter where they’re from. No honest Australian wants to put the economy before the people, and no people would wish to be vassals to a foreign super-power, much less an oligarchy. We are not living in a country we are living in a regional office of a global corporation with halfwit clerks answering the phones.”

What is most impressive about this unputdownable page-turner is its surprising breadth, considering everything from Australian identity, to whether the individual comes before the country, to the encroaching significance of Artificial Intelligence in our lives.

The book can be purchased on Kindle, in paperback form from Amazon, or Barnes & Noble and Lulu in a splendid collector’s hardback edition. For those on a budget, the Kindle may be the way to go, and you can download a Kindle reader app for nothing. Nought. Zip. But if you prefer the tactile sensation of holding a book, smelling its pages, and enjoying an actual product for your money, the other options are there. 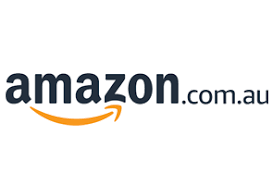 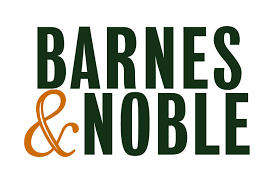 Lulu, which is self-publishing and a distributor has it also in hardback form, again, bear in mind shipping. It’s a slightly different version (format) from the others and it is retailing for $40 here: https://www.lulu.com/en/us/shop/nathan-sykes/the-australian-nationalist-white-book/hardcover/product-n62qkd.html?page=1&pageSize=4

You owe it to yourself not to be a clod!