If Australians catch a taxi in one of our capital cities (predominantly migrant targets Sydney, Melbourne, Brisbane, Perth), odds are they will get a foreign driver who works for a foreign taxi owner.

If Australians catch an Uber private hire car in one of these capital cities, odds are they will get a foreign driver who works for a foreign taxi owner. 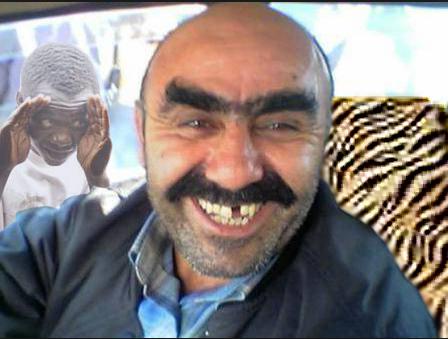 “I do both Taxi and Uber late shifts and I like ‘ficki, ficki’, no difference baby!” Customer serviced by a Taxi/Uber rapist

Taxis across urban Australia are predominantly private businesses owned by migrants or foreign corporations based in Singapore. Read article: http://www.theage.com.au/victoria/secret-world-of-our-taxi-titans-20130104-2c91y.html

But taxis provide a vital public transport service, so they should be Australian-owned and controlled, free of foreign/migrant involvement and publicly funded – indeed nationally. The private taxi licensing system should be paid out, and the entire service nationalized and come under Australian Government direct scrutiny.

Uber is foreign.  Uber is an American import.  It was founded as ‘UberCab‘ by Silicon Valley billionaire Travis Kalanick, a Jewish American elitist whose intention is to control the premium taxi market globally. It is after market share more than profit.  It is foreign exploitation. It employs foreigners.  Any profits go back to California.  Uber yet may offer an edge over taxis, by proposing ‘Pop Up Brothels‘ in the back seat of Uber vehicles – a lucrative bit on the side so to speak.

Unless the Liberal or Labor parties actually do something to ensure Australians in capital cities are ensured a safe, quality, fair taxi service driven by Australians, the taxi riding public in Australia may as well be in Muslim North African badlands.

But don’t hold your breath for anything to change.

The British 22-year-old woman had only been in Australia for three weeks. Naveed Hyundai i30 pulled alongside and offered the woman a lift home as she walked along Bayswater Rd which she accepted.  He said he was an Uber driver, then drove her to a street where he parked and raped her between 1am and 1.45am on the Sunday.

Naveed is a Pakistani asylum seeker who arrived in Australia in 2007.  He is a Muslim and lives in Lakemba, where he was arrested.  Of course he does.  The Leftist magistrate granted him bail. Of course he did. In 2012, Indian student Nitin Rana (31) was on a 417 student visa driving taxis in Melbourne.  He was caught on CCTV raping a drunk and vulnerable 17-year-old schoolgirl.   The schoolgirl had been drinking vodka at a friend’s house before sharing a taxi with a friend to a railway station in Melbourne’s east at about 1am on November 4, 2012. Her friend continued home in the taxi after dropping her at the station, not realising the teenager had no money and no way of getting home as trains had stopped running for the night.

A group of passers-by saw her fall over trying to cross the road and called triple-0 before Rana drove up in his taxi.  He got six years gaol.

In 2012 in Perth, Indian taxi driver Amrit Pal Singh (32) was convicted of raping a woman in her 20s in the back of his cab in 2011.
Singh had taken advantage of the woman while she was in a semi-conscious state from a night of drinking at a hen’s party on February 5 in the Perth suburb of North Lake. In 2009, Pakistani Muslim, Hassan Nagi (37) a taxi driver in Sydney, pleaded guilty to raping three female passengers in separate incidents over four years.  Nagi preyed on intoxicated women who climbed into his cab outside nightspots and, on the third occasion, from a Kogarah football ground.

Nagi committed his first rape in 2003, finding a drunk 31-year-old woman sitting in the gutter outside Mason’s nightclub in Kings Cross.
Her next memory is of being seated in the back seat of Nagi’s taxi, falling in and out of consciousness.  When she woke, the driver was opening the back door and climbing in beside her. Then he unzipped his fly.  “You want this, I know you want it,” he said.  He then forced himself on top of her and raped her twice, before dropping her out in Glebe. While taxis and Ubers are driven by foreign ethnics, both services cannot be trusted.  In Australia, both taxis and Uber are dodgy and will remain so until taxis are nationally respected by the Australian Government as a vital public funded service demanding competent, licenced, professional drivers of good character and with full background checks (and Australians only).

Until then women passengers should never travel alone in a taxi and should consider licensing themselves with Mace Peper Spray in their handbag. Australian politicians don’t take taxis. As the political class elite, they all get driven free by certified Australia chauffeurs at Australian taxpayer expense. For Australia’s political class elite, proletariat Uber or Taxis are the same – out of sight, out of mind.