Someone has to stand up for Australian jobs. The Liberal Party certainly isn’t.

The Liberal Party is not shy about doing a Clive Palmer to Australian workers – ask 237 Queensland Nickel employees with families and mortgages.

Days later a video of the discussion has been produced, and with it, we are presented with one of the most intriguing meetings in contemporary nationalist history. This video is an absolute treasure trove of meaning, and is easily the most important chance encounter with the system captured by any patriot/nationalist group so far.

This video is instructional for all nationalists, not just in the rhetoric of the other side, but in how to engage that bombast. Except for when certain boisterous members of his own party cut him off in their excitability to express themselves, Dr Jim Saleam carried the whole thing like a high-wire walker.

Gerry Harvey digs into the Marxist trash: “who is Australian anyway?”  “we’re all from somewhere else.”

Dare mouth that to seventh generation Australians, whose forefathers fought and died for Australia, Gerry Harvey you thankless fat leech!

The ramifications for the system are huge, and this is why we draw your attention to the multiple layers of importance contained in this piece of history.

This is not just another video designed to motivate the troops, but is in itself an essential study of the beliefs that drive us, and the forces that oppose us. View it, rate it, and spread it far and wide. This video will not date, and has already earned its future place as an instructional tool for those ranks of new nationalists and patriots who will soon be flocking to us.

Typical Liberal/Labor Immigration joint policies (since Whitlam) – where the real costs of Canberran mass immigration ideologues falls on the lot of the states.  And the foreign Arabs just luv Sydney and Melbourne, so New South Wales and Victoria will bear the brunt of Abbott’s 12,000 Syrian Welfare Muzzies.

Such Canberran Mistletoe culture is a parasite on Working Australians.

That is why Australia First Party is protesting – we’re standing up for the employment rights of Australians in our own country.

“Australia First Party will develop a national campaign against the Harvey Norman retail chain for its support for a Federal government initiative to hire so-called refugees from Syria.

Some Australia First members in Sydney initiated what will be a nation-wide protest movement against Harvey Norman stores. They demonstrated at the national office of Harvey Norman in the Sydney suburb of Homebush West on January 13.

Australia First members will demonstrate at Harvey Norman stores throughout the country, following a small picket at the group’s national office in Sydney on Wednesday and another action in Melbourne yesterday.

To preempt Australia First Party’s campaign, Mr. Jerry Harvey was featured on Weekend Sunrise this morning extolling his commitments to the multi-racial society principle as the very definition of Australianness.

Australia First Party will call on the public to boycott the Harvey Norman chain.

The party calls for the repatriation of all Syrian ‘refugees’ at the conclusion of effective hostilities in Syria and the cancellation of the program. Aid should only be granted to Syrians in camps in the Middle East and all Australian government efforts to overthrow the government of President Assad ended.

President Assad has promised to take all Syrian ‘refugees’, real ones and other ones – home, when the war is won.  (It follows the Bosnia repatriation model, which Australia adopted and which proved successful in rebuilding the new Bosnia.)

That should be the answer of any Australian government when dealing with any person on Australian soil claiming to be a refugee from Syria.

We expect more news on this set of protests in the coming weeks.”

The Liberals’ Turncoat Turnbull federal government has approached a number of Australian major companies on the sly including Harvey Norman, to prioritise 12,000 Syrian Muslims into Australian jobs.  It is all political Sydney, so Abbott’s unilateral decision to welcome mat 12,000 Syrian Muzzies don’t all become dependent on long-term state aid.

Australian citizens of New South Wales and Victoria look out. 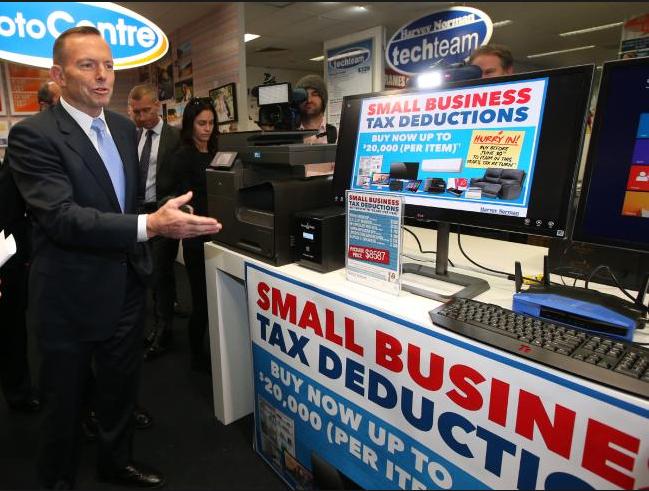 Liberal Party supporter and donor, Gerry Harvey, has said to his shareholders:  “No worries, we can look at employing them in various parts of our business, whether that’s in the warehouse, clerical work, or – if they speak English – on the shop floor.  It’ll save us having to employ Australians.”

This is the future of both Harvey Norman’s workforce, and who’ll be shopping there with welfare money.

Gerry Harvey said that his success in Singapore, one of the eight countries in which Harvey Norman operates, showed that 457 workers from overseas could shine if given a chance. 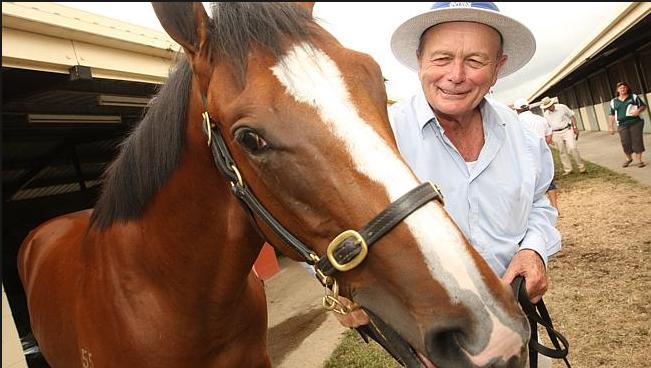 Billionaire employers like to employ foreigners because they are more “pliable” – willing to work for low pay and in bad conditions because the employers know they (foreign employees) will do anything to prevent being sent back home to their 3rd world country.

This is bad for locals, because the downward pressure on wages and conditions filters down. This is also why free trade agreements with countries that have low living conditions is a bad idea, unless you like the idea of ending up with Chinese living standards in Australia.

Billionaire Clive has his dinosaurs, and Harvey has his race horses.

Gerry Harvey says “employing Syrians is good business” (Nov 25, 2015). That’s why Gerry Harvey preferences Chinese migrants in his Singapore operations, not local Malays. That’s why Gerry Harvey pays peanuts to his 457 foreigners, to afford to make millionaires out of his executive team.
So where are the unions in all this?  The union bosses are looking after themselves, not Australians.  In fact the unions are happy to employ foreign scabs on 457 visas ahead of Australians in their own bloody union.

The actual number of Syrian Muzzies to be employed by Harvey Norman is secret.  Of it’s 5000 workforce, many staff at Harvey Norman are scab foreigners.