Australia’s premier charity for Australians enduring extreme financial hardship, The Salvation Army, is a legendary church organisation of which most Australians will be long proud.

Every year, tens of thousands of Australians generously donate to The Salvation Army person with the tin on a Friday and particularly to its annual Red Shield Appeal. And nationally, The Salvation Army can annually raise more than $70 million in cash donations from its Red Shield Appeal, which it receives mainly from just ordinary Australians who are more than happy to support Australia’s marginalised and disadvantaged members of our society.

The Salvos have been the desperate charity of last resort, when our wasteful governments have been found disgracefully wanting.  When the going gets tough, no single organisation more reliably than The Salvos has got going to care for Australia’s own needy.  The Salvos fundraise and dedicate millions to Australian disaster victims in the wake of floods, fire and disasters.

So too, The Salvos are there day-in, day-out to care for those of Australia’s desperate underclass facing severe life difficulties – homelessness, addiction, abuse, financial hardship.

But now the Gillard Labor Party in its moral vacuity, has policy kneejerked by seconding The Salvation Army away from its core role helping Australians, to execute Labor’s own dirty work.

Just a few months ago, Labor in its policy wilderness and God-knows irrationally beholden to Wayne Swannies token budget surplus, seconded The Salvation Army away from its core Australian support, to handle the needs of illegal boat arrivals on Nauru and Manus Island.

How low can Labor go? 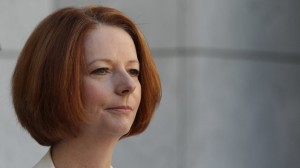 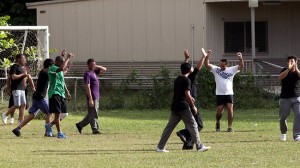 While the excuse from The Salvos is that as an evangelical Christian group, The Salvos are “not there to proselytise”, have the turned their back on Australia’s own homeless?

With this, the Salvos have lost their way and faith with Australians prepared to offersupport for our own.  Otherwise, we would give to UNICEF encouraging more breeding of African millions in desert countries.

Salvos spokesperson Major Paul Moulds , justifies the reassignment “we are gravely concerned about the potential impact of offshore processing on the wellbeing and mental health of asylum-seekers, and The Salvation Army is “driven by the desire to extend compassion and generosity to any who need it, wherever they might be”.

So there goes The Salvos reputation.

How will Australia’s homeless fair this Christmas with The Salvos otherwise engaged?

Next Red Shield Appeal money goes to illegals on Nauru and Manus Island? 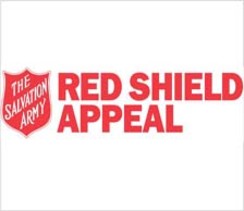 Merry Christmas to you too, Julia!
Tags: The Salvation Army Red Shield Appeal