Sigaragh Baea (22) a barbaric Third World islander, was an immigrant to Australia then he stabbed 48-year-old Prasad Somawansa 38 times in Hoppers Crossing in ethnic Melbourne in February 2015. 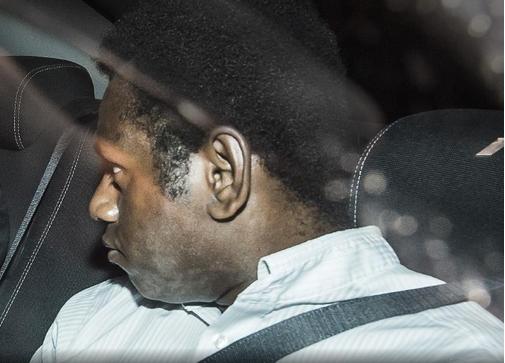 The coon butchered his childhood friend’s mother to death while her husband was forced to listen over the phone will spend at least 17 years behind bars.

Once again, a black, a kitchen knife, a frenzied attack, intoxicated, hungry.

And they all congregate around Werribee, up from the Open Range Zoo around Hoppers Crossing, Tarneit, Wyndham Vale because that’s where Maccas is.  [Read about the Tarneit Nigger Riot]

That’s why Victorian Premier Dan Andrews has selected the area as his new coon-negro zoo compound at South Werribee. 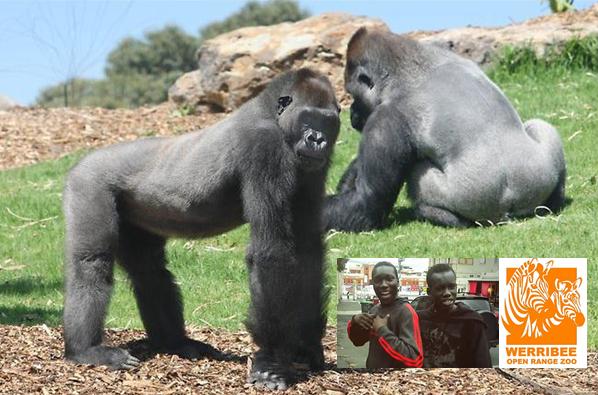 In sentencing the black Baea to a maximum jail term of 22 years, Supreme Court judge James Elliott said the reason behind the brutal slaying remained a mystery.  “The murder was a brutal and unprovoked attack on a woman who had only shown hospitality and courtesy to her attacker.”

Justice Elliott described the murder as a “vicious” and “cowardly” attack on somebody who “only showed you hospitality and courtesy.”

Desiccate all coconuts by mass deportation and barring the low-life from First World Australia. 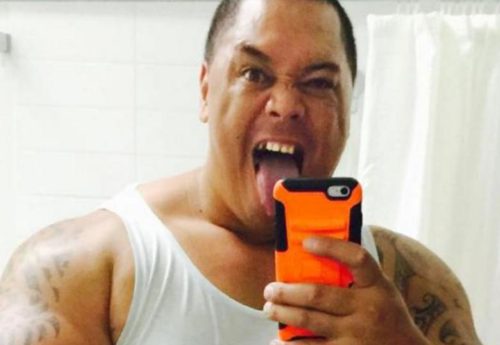 PNG cannibal Tony Levi Charlie (61), (his pidgin English nickname) bashed to paramedics in Cairns, North Queensland on Australia Day last month.  Unable to get stuck into his native betel nut, the savage got on the turps that night and passed out on a Cairns street. Coming to in the back of an ambulance as one of the paramedics was adjusting a cannula in his arm, the savage punched the ambo in the face before biting the arm of the second paramedic who stopped the ambulance to come to his partner’s aid.

PNG is plagued by Tuberculous, Zikka virus, Cholera, Hepatitis, AIDS and Typhoid, to name a few, so the bitten officer got understandably shit-scared and had to undergo disease testing and kept away from his wife and three children while awaiting the results.

The court heard Charlie the savage has an eight-page criminal history littered with jail time for multiple violent offences and a problem with alcohol.  Yet he manages to scam Australian disability pension.  Deport the savage!

Down the road, Raina Mersane Ina Thaiday (obviously an Islander) on December 18 2014, hacked to death her eight children aged between 18 months and 14 years in her home in suburban Cairns. Authorities dismissed it as being some native cultural protocol and she has not been jailed.

Wanna bit of a backpacker adventure in deepest darkest PNG along the Kokoda Trail?  Then talk to tourists Matthew Iovane and Michelle Clemens, both 31 who had the pleasure of being kidnapped, stripped, beaten and tortured by a masked spear-waving grunting jungle tribe in January 2016.  Well the area the two were in is known for its cannibalism!  Michelle had three fingers sliced to the bone by a machete as she fought her captors.

A group of Aussie hikers were injured and their two porters killed in 2013.  Other adventurers were hacked at in 2014.  Cases of cannibalism on the Pacific island nation of Papua New Guinea have been reported as recently as 2012 when 29 members of a local cannibal cult, including a boy of 13, were arrested.

Natives are also thought to follow a tradition of feasting on relatives’ brains at funerals. 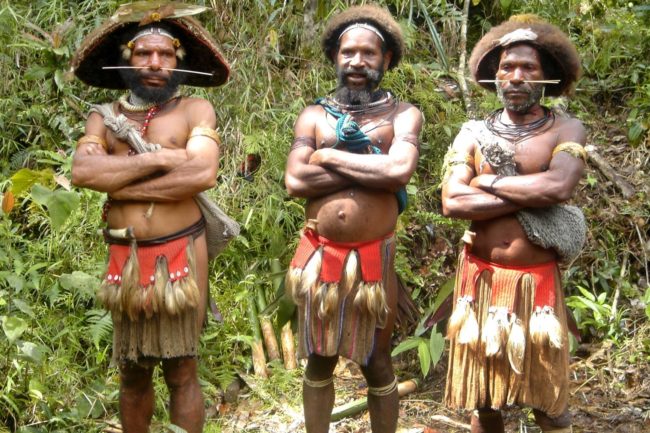 So no wonder domestic violence in PNG is out of control. Rates of male violence against women there (and in the Pacific Islands region more broadly) are among the highest in the world.  Charity Médecins Sans Frontières (MSF) suggest that 70% of women in PNG experience some degree of physical or sexual assault in their lifetime.

It’s cos their barbaric coons.

In 2011, a pure savage from the Enga Province in the highlands of Papua New Guinea was caught was captured outside the police station in Port Moresby the early hours of Christmas Day after he attacked an unsuspecting woman.  He told police he had tried three times to eat human flesh. The woman managed to struggle free by kicking her assailant in his testicles but not after he had bitten off part her lips.

“The man had eaten away the lower lips of the woman. She was rushed to the hospital and her condition was stabilised,” Dr Klange Nemba, the registrar at the Port Moresby General Hospital accident and emergency department confirmed.

Central police chief Fred Sheekiot said he believed the cannibal was the same man arrested by the public two days earlier when he had tried to eat a baby in the drain near the Gordon Secondary School in the city.

In July 2015, a PNG cannibal was charged before a magistrate for eating his one-week-old baby alive and drinking her blood in public in the town of Tabubil in Western Province, according to the PNG Post Courier.

Two boys who were climbing a coconut tree nearby saw him and ran quickly to raise the alarm.

Eye witnesses say the crazed man had earlier strangled his wife and collected the baby from her before eating her by biting her neck, eating her flesh and drinking her blood.  Some local doctors blame Kuru, a type of mad cow disease (spongiform encephalopathy).

Just keep ’em out of Australia.