Andrew Bolt is right. Unbiased Fairfax is just as oxymoronic as Your Unbiased ABC.

So we suggest Bolt should draw his attention to the Left’s mouthpiece in the Newcastle Herald – which is wholly owned, controlled and ideologically tainted by Fairfax Media.

Chad Watson’s Newcastle Herald last Sunday ran a comparison of the candidates for Newcastle Mayor just one week out from next Saturday’s poll.

Each candidate was promised 600 words to submit to the paper so that the voters could help evaluate their candidates.  Chad got his most biased journo Michael McGowan to obviously run the article “Lord mayoral vote 2014: Candidate profiles”.

TOP PRIORITY: Restricting overseas migration. Mr Ferguson is running for the Australia First Party, the brain child of ultra-conservative Christian evangelist Danny Nalliah, and which runs on a platform of limiting Muslim immigration and curbing multicultural policies. Mr Ferguson said he wanted to return Newcastle to city run off the back of primary industries, and limit overseas student migration.”

Australia First Party is a nationalist movement for Traditional Australians. Australia First Party repudiates the likes of immigrant cultist Danny Nalliah.  So observe the above reported misinformation propaganda by the Newcastle Herald and its stench of bias.  We count 70 words by the way, not 600.

Our candidate started out as a young meatworker in Newcastle.  Over the years he has run his own businesses in property and building management.  Like more than 5,000 Novocastrians, Joe has recently become unemployed.  Perhaps unlike any of the other candidates, Joe is more aware of the region’s serious unemployment problem, particularly Newcastle’s youth jobless rate being well above the national average at 33%.

Such reporting slur is assured to not only discredit our candidate, but certain to alienate voters from him.  In the field of journalism, such mischievous reporting is termed “Hostile Media Framing.”

In contrast, Chad’s favourite mayoral candidate is featured first with a lead photo three times larger in size than that of the other candidates.

TOP PRIORITY:  ‘‘Stop the waste, keep the books balanced’’. A former Newcastle City Councillor, Mr Buman says he’s been ‘‘extremely happy’’ watching the way the council fared under the stewardship of Jeff McCloy, and says he’s the man to vote for to see that reform agenda continue. Some might argue Mr McCloy’s deputy, Brad Luke, has a stronger argument on that point, but Mr Buman has a pragmatic argument for why he’s the better bet. ‘‘If either candidate currently on council wins, we’ll all have to vote in another by-election that Labor will certainly win. If [Labor] gets elected Lord Mayor, the reforms stop, if Brad Luke does, he won’t have the numbers to keep it going.’’

So Aaron gets 128 words, and what’s the bet Aaron and Chad Watson have met?  Aaron is an ex-councillor and publican of The Racecourse Hotel in Wallsend.  Can both men publicly state that no advertising revenue has ever flowed from any involvement of Aaron to Chad’s newspaper?

It’s not what you know..

And Chad Watson won the 2013 Walkley for excellence in journalism? 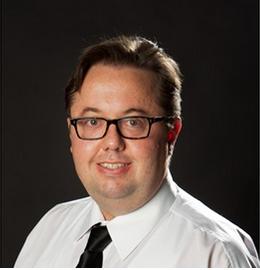 For Chad Watson’s information, the Australia First Party is about putting Australians first not Sri Lankan religious cults.  Read our view of Cultist Danny Nalliah – a 30 second search on Google :

The Newcastle Herald would do well to get away from desktop journalism and perhaps even do some good old-fashioned interviewing of candidates.  But leave Michael McGowan sweeping after the print run. 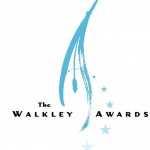