by Dr. Jim Saleam and another  |

We note that the official union movement in Victoria has come out against the Reclaim Rallies, instead in favour of multiculturalism dogma. That was no surprise.

However, the extreme-left is once again theorising over the attitude of nationalists to the union movement and to our plan to win a strong working class following.

Of course, the extreme-left dreams that it represents the historical future and political culture of the workers.

We reject that notion absolutely, but we do this in the context of our position that in truth, given our nationalist movement inherits the tradition of Australian labourism – it is we who represent the true tradition of our working class.

We see that when many Australian workers look at the extreme-left, they see people out of touch with Australian sentiment, full of internationalism but short on a national ethos.

Australian nationalists (and other patriots too) come from many class backgrounds with working class people strongly represented. We consider that to have been inevitable.

Our nationalist history as a movement over a long period and the obvious fact we have not simply inherited the old tradition, but treasure its views and show its icons, would have drawn workers to us as supporters and voters.

Indeed, we see the old heritage as essential background to our modern position for an independent Australia which will take control of our vast wealth and share its bounty amongst all who labour.

From the Eureka Flag to our reverence for Jack Lang, Billy Lane, Guthrie Spence and John Curtin, we base ourselves in the old faith that Australia contained the Promise of a Working Man’s Paradise. 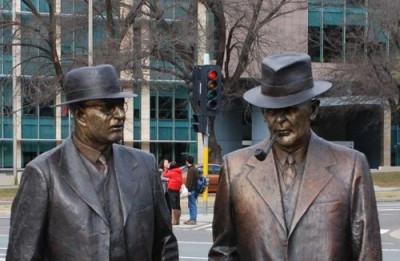 We refuse to relinquish that heritage.

But what of the union movement?

Many nationalists are unionists and they use their status to be active in certain workplaces. Some hope to acquire union office. However we would do these things with a total awareness of the nature of the new unions:

However, working class Australians are at the coalface of the new Australia of cheap contract labour, free trade business cutbacks and enforced wage control. The capacity for a nationalist radicalization amongst some workers is obvious.

The verbal concessions that some unions make towards ‘buying Australian’ and questioning contract labour shows a concern that the loyalty of the workers may move outside the typical Labor Party type swamp.

The competition of the extreme-left for the loyalty of ordinary workers is no real competition at all. It is more a fight over whether they can confuse or intimidate Aussie workers to silence.

There is a fight coming in Australian workplaces, clubs and suburbs. The nationalists will be there with the working class Australians as they struggle for a future in a country stolen from them. 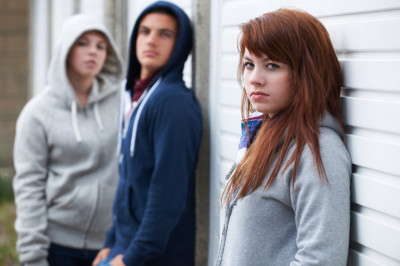 We recommend that all conscious nationalists read this Anarchist item. It is a case of learning by negatives.

Far-right vs the union movement

“That the VTHC celebrates the contribution to our community from Victorians of many cultures and faiths. There is no place in Victoria for discrimination or racism and we deplore those who would demonise any group by reason of their faith, race or culture. Affiliates pledge to work alongside groups and organisations representing our many faiths and communities to counter those that oppose multiculturalism and in particular those individuals and groups that are currently fostering anti-Muslim sentiment“.

Far-right agitator Shermon Burgess has responded to this development by calling upon his supporters to protest to their unions, and by threatening a mass walk out of racists from the trade union movement:

So I urge everyone from Reclaim and UPF, all the tradies and stuff who support us, all the hard workers who are union members – contact your union and let them know not to rally against us. Because we are for our unions, we are not against our unions.

Burgess and the far-right Reclaim Australia milieu have struggled to work out the best position to take in relation to the union movement.
The United Patriots Front are committed anti-leftists; their Facebook page proclaims that they are “a nation wide movement, opposing the spread of Left Wing treason and … Islamism”. This stance would appear to place them at odds with the values of the modern trade union movement.
Yet at the same time as they rail against “left wing traitors”, Burgess and other elements on the far-right harbor dreams of building a political base amongst ‘blue collar’ segments of the white working class.
The far-right do not know whether they want to attack, or enter, the existing trade union movement, and so they often end up attempting to do both at once.

At the same time as Shermon Burgess published his call for ‘patriots’ to contact their unions and agitate for racism, his fellow UPF agitator Neil Erikson was announcing he would never again have anything to do with the union movement:

When I was younger I used to have a lot of respect for the union. I liked to be protected at work, from the evil bosses that are gonna sack ya for f-cking nothing.

I joined the union many years ago, but guess what – NUW? [crumples his membership card] Not anymore.

It’s a sad day in Australia when I gotta worry about my own union workmates. Youse are there to protect me at work from bosses and fucked up shit, not outside when I want to protest something I believe in.

So that’s it, no more union for me. Ok, the Marxists, Communists have taken over your unions. They’ve got you in so much fucking trouble and you keep doing it.

Me personally, I’m not paying another dollar to any union. Ok. I’ve had it.

I’m not going to be fucking be manhandled and bullied to keep my mouth shut whilst my brothers and sisters die all across Australia all across the world. Christians being murdered for fucking nothing. You gu- [Video ends suddenly]

Erikson’s rant was clearly off message and was quickly removed from the UPF Facebook page, although not quickly enough.

The far-right dream of building a base amongst segments of the labour movement. They share the same offensive assumptions about blue-collar workers held by so many middle class social-democratic snobs; that white male blue-collar workers are naturally racist and are thus susceptible to the appeals of fascism.

For these reasons, the far-right must be publicly, forcefully and unequivocally rejected by the entire labour movement.” 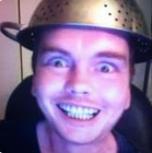