The Sunday Telegraph September 28, 2014 has reported that a 14-year-old girl was saved at the last-minute from an arranged marriage after she and her uncle were stopped from boarding a flight from Sydney Airport to Lebanon.

The teenager was intercepted at Sydney airport on Friday afternoon after a joint investigation response team learned she was being taken overseas to wed.

Authorities have been on high alert for cases of arranged marriages in the wake of Islamic State extremists launching a social media recruitment campaign to lure young jihadi brides to wed terrorists.

After questioning by Government authorities, both were allowed to depart the airport, but barred from departing Australia.

The interception came after New South Wales Minister for Women, Pru Goward, urged the Commonwealth to play a greater role in stamping out the practice.   Cases of under-age marriage — whether or not the marriage has actually taken place — are dealt with by both the NSW Family and Community Services Department and police.

A FACS spokeswoman said it relied on information from the community to report children at risk.

“Legislation does not allow Family and Community Services to discuss the details of any cases that involve child protection matters,” she said.   “Regardless of whether or not a marriage has purportedly taken place, sexual relations with an underage person is a crime and will be dealt with as such by both FACS and NSW Police.”

Girls should have the right to a childhood free from abuse, or a marriage imposed upon them. It doesn’t matter if the arrangement is religious or cultural, if the law in this state says it is illegal, parents and the community need to accept that and abide by it – Pru Goward.

Ms Goward, who last year launched an investigation into the practice, wrote to the Federal Immigration Minister and other relevant senior ministers in relation to the case of a 12-year-old girl allegedly being married to a 26-year-old overseas student.  Girls as young as 14 were being forced to go overseas to marry older men, with parents luring them on planes under the guise of a “holiday”.

Another 14-year-old avoided being smuggled out of the country by her parents to be wed after pleading with her school counsellor to intervene.

In a separate case in June, 2012, a 14-year-old Iraqi girl returned to Australia pregnant. 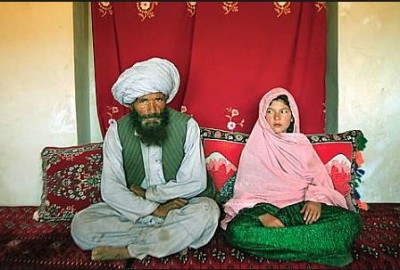 Ms Goward, who sought co-operation from her Federal counterparts in stamping out arranged marriages, said it was up to everyone to put a stop to what she described as an
“abhorrent practice” by reporting known cases to authorities.

This is Australian multiculturalism – supporting the rights of all to celebrate, practise and maintain their cultural traditions.  Australians are required to respect Cultural and Linguistic Diversity (CALD) – the new Leftist acronym for “ethnic”.  And it matters not how immoral or bizarre the cultural practices.  Else Australians are auto-accused of discrimination and of being “racist” by foreigners and their sympathisers.

Muslims are into child marriage, female genital mutilation, wife-beating and rape, hand severing, beheading, polygyny, honour killings, jihad.   It is surprising that Solomon Islanders traditional culture of cannibalism is not permitted in Logan.

The Multiculturalist Cult requires local Australians to embrace foreign cultural diversity, tolerance and anti-racism.   But it is only one-way multiculturalism – ethnics on arrival in Australia don’t have to embrace Australian values or culture.

Back in October 26, 2012, the Federation of Ethnic Communities’ Councils of Australia (FECCA) stated in a propaganda release:

“Today we see further evidence of Australian’s multicultural success story… FECCA, as the peak body representing Australians from CALD backgrounds, is also concerned that particular groups continue to be targets of discrimination and ill-will, including Australians of Indian, Vietnamese and Middle Eastern backgrounds, as well as Muslim people of a range of backgrounds.” 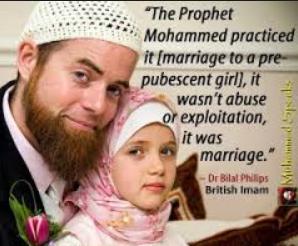