A quarter of young Australians can’t get a job.

They can’t afford skills training any more and the current Liberal Party government in Australia is set to deny them unemployment income for six months.  It is a class-based pincer attack on Australia’s youth from all sides.

All Treasurer Hockey is focused on is cracking down on spending (after six years of Labor credit decadence) and on driving the national budget back into the black.  Then Abbott commits to an unbudgeted $24 billion to buy and operate 58 extravagant F-35 warplanes.

Across Australia, more than half a million young people (aged 15 – 24) are either unemployed or underemployed (can’t get enough work to live).

Poverty charity group, The Brotherhood of St Laurence has just done an analysis of Australian Bureau of Statistics (ABS) July 2014 data and has found that more than 580,000 young Australians are currently either unemployed or underemployed; representing more than a quarter of 15 to 24 year olds in Australia’s labour market.

Over half of the jobs that young people are getting are casual in nature.   Executive Director of Tony Nicholson of The Brotherhood of St Laurence  says, “Some work is better work than no work, particularly as it gives some work experience, but it does leave them in pretty tenuous circumstances from week to week, particularly for young people who don’t have the support of family and we know that across Australia there’s about 40,000 of those.”

Youth unemployment in Australia is the highest since 2001.  Youth underemployment is at more 15 per cent, the highest since 1978, when this data series began.  So the chances and hope for school leavers getting a job these days has become naught – as if living through an Economic Depression again.

The Brotherhood of St Laurence is worried that a generation of our young people are now at risk of joining the ranks of ‘Generation Jobless’ in our lucky country.  This is a poverty crisis in first world Australia.  A whole generation risks becoming condemned to destitution.

With the Global Financial Crisis impacts still lingering, with Free Trade global ideology sending local industry overseas or to the wall, and with streams of immigrants prepared to work for pittance; Australian low-skilled youth don’t have a chance of competing in the job market.

The Liberals in NSW have also sacked 800 TAFE staff and slashed TAFE funding and this follows  on from the previous Labor government which itself slashed TAFE’s budget by 48 per cent and pushed up fees by more than $62 million a year.

President of the Teachers Federation, Maurie Mulheron, has said ”This is the state government withdrawing from its obligation to assist young people to develop their skills. At a time of high youth unemployment we are going to hit the most disadvantaged with a massive fee increase,” he said. ”This will lock young people out from gaining the necessary qualifications to enter the workforce.”  “Student are among the most disadvantaged in the state.”

In Queensland, the Liberal Government tertiary fees have tripled.  For instance, tuition fees for a diploma in marketing have increased from $2400 to $6000.  In West Australia,  TAFE fees have more than trebled, even outstripped university course fees of a year ago.  Many prospective students are in “a state of shock” and have since become disillusioned. 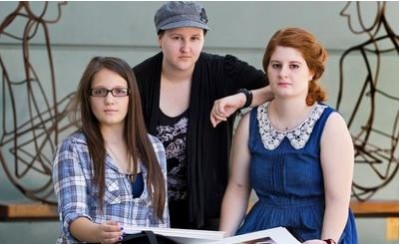 With no qualification there is no work, there is no career, no savings, no moving out of home, no travel, no leisure, no relationships, no prospects, no life, just alienation.  No wonder youth mental illness and suicide in Australia is at record levels.  Recent data from the ABS on causes of death shows suicide remains the leading cause of death for young people aged 15 to 24 years.

Tony Nicholson of The Brotherhood of St Laurence says, “Young people really do aspire to the same mainstream life goals as their parents and grandparents – they want a home, a job, relationships and a decent income.

Alarmingly, these goals are becoming unattainable for an increasing number of youth. There are fewer entry-level jobs and the work they can get is increasingly casual or temporary. These insecure jobs are more vulnerable to being axed and less likely to offer training and career advancement.  The way we deal with young people going through one of the most vulnerable periods of their lives must foster aspiration and real hope, not further alienation.”

So after graduating from school, with no job qualifications, the only option is the dole queue while struggling to live and scrimp to get a vocation.   But Australian youth are facing a dual assault.   The Liberal Government wants to introduce a six-month waiting period before young people without a job can receive unemployment benefits.

This is enforced poverty of Australia’s youth.  Young Australian’s in their own country are to be denied he right to social security and the right to an adequate standard of living.

Bigoted Coalition backbencher Ewen Jones claims starvation will force youth to get jobs as he tars his brush on all youth being dole bludgers: “Are we better to say to them, ‘look there’s your dole – go home, eat cheezels, get on the Xbox,’ kiss you goodbye and [say] ‘we will never see you again?” 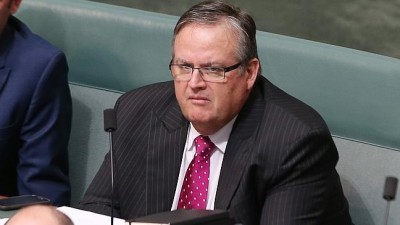 Starve the bludgers into working.
Of course there are jobs out there!

So how are young Australians to sustain themselves during a six-month period without social security?

Tony Nicholson of The Brotherhood of St Laurence says, “Just tinkering with welfare policy won’t help and withdrawing benefits for some of our most marginalised young people will have harsh unintended consequences.”

Under attack by unemployment, unaffordable training, and welfare denial, Australian youth are cornered into poverty and destitution.  It is a pincer attack policy.

In December 2012, over 47,000 young Australians under 25 were homeless and there is every likelihood more will be this coming Christmas.  There are many Australian families out there who, through no fault of their own, do not have a roof over their head and struggle to find food, shelter and to survive.

In Australia 74% of homeless couples with children and 64% of single mothers or fathers with children are turned away from homelessness shelters. This equates to an increase of 4% between 2010 and 2011.

As a general guide, almost half of all people experiencing homelessness in Australia are aged below 25 years, and nearly 10,000 of these are under the age of 12 years.

Dr Veronica Sheen, a research associate at Monash University, says the lack of jobs hits younger people harder than others in the workforce. “Because there’s more applicants than jobs, employers can pick and choose and not worry about training a young person or an older person who needs re-skilling, they can just pick and choose among people who already skilled.

So last month, Tony Abbott, invited 4,400 Iraqi and Syrian refugees from Kurdistan for permanent humanitarian settlement in Australia.  They had already been rescued from the ISIL siege of Mount Sinjar in northern Iraq, and had been safely accommodated in distant refugee camps by the United Nations. 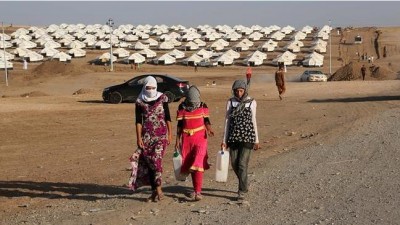 But instead of offered them the new temporary ‘Safe Haven Enterprise Visa’ until the Syrian/Iraq conflict is over, all 4,400 have got permanent residency in Australia.  These 4,400 will be on Australian welfare, and many will get low-skilled jobs, effectively a wave of scab labour.

Forced displacement morphed into migration equates to social problem shifting, a consequential and compounding burden and impost upon the low-breeding West.