Albo is just point scoring in the media and desperately keen to stay relevant.  His statement is just to challenge Sydney Mayor Clover Moore’s European bicycle obsession. All Albo can come up with is a motorised version of Clover’s bicycle obsession.

Albo has no idea. And he was Minister for Infrastructure, Transport, and Regional Development under the Rudd-Gillard Labor Era. What transport infrastructure did Sydney get under his six year reign as Infrastructure Minister and as Labor member for Grayndler in Sydney’s inner west? 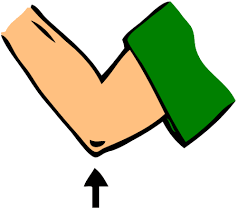 All Albo did for Western Sydney in his six years in Canberra was to have the federal government contribute a measly $8.5 million toward a $17 million digital signage system along the M4 Motorway. Basically instead of easing congestion, digital signage and cameras were installed to tell drivers on the M4 that there was congestion ahead. It was vote buying anyway leading up to the 2013 federal election.

Albo is as useless to Western Sydney as tits on a bull.  Sydney Airport chairman Max Moore-Wilton has called Albo a “grub” and a “factional hack”.  That is all he is good at.

In his speech to the National Press Club just over a week ago, Albo has cited motorbikes and mopeds as the panacea to Sydney’s gridlock

If you want to ease Sydney’s congestion, Anthony Albanese, end immigration you useless piece of shite.

Sydney traffic is rated amongst the worst in the world.  In 2012, GPS manufacturer TomTom released its global Congestion Index report, which monitors and compares traffic congestion levels around the world.  In an outcome that surprised nobody who spends time commuting in Sydney, Sydney was ranked the seventh worst congested city globally. 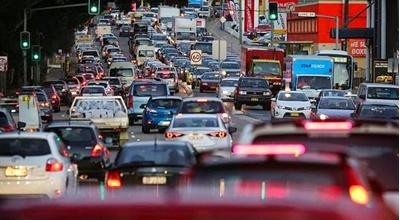 In peak traffic periods, commuters waste around 40 wasted minutes for every hour driven.  The worst times to travel in Sydney are Tuesday morning and Friday afternoon, with congestion rising to over 78 per cent when compared to non-peak times.

Congested Parramatta Road at Concord, near the eastern end of the M4 motorway, is the second most congested road in Sydney, after Pennant Hills Road. Narellan Road at Campbelltown and the M4 at Granville rounded out the top five most hated roads in Sydney, according to the NRMA’s 2014 ‘Seeing Red on Roads’ survey as voted by close to 12,000 motorists in New South Wales. 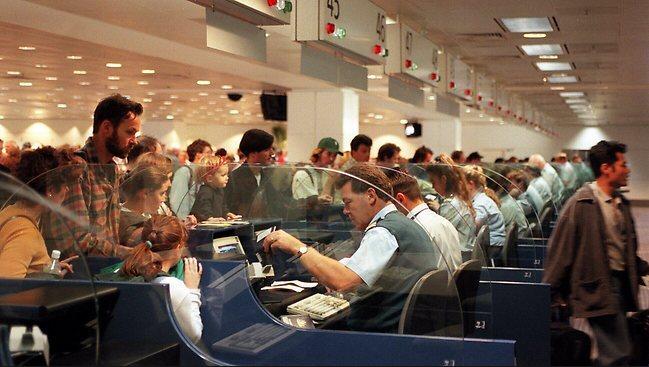 Abbott’s Liberals have stopped the boats to fly the planes

Most settle in Sydney and Melbourne and that is the prime reason why both cities are congested and increasing becoming unliveable by decent Australian standards.

About 40,000 of those come here to take Australian jobs on 457 visas.  Another 30,000 every year are from family members hanging off the 40,000 scab labour. About 20,000 a year overstay their temporary visas.  They are otherwise known as ‘Backdoor Illegals‘.

We Australians have never voted for it.

It has always been imposed on us, just ask the Aborigines!