Melbourne’s iconic MCG (Melbourne Cricket Ground) has become increasingly a target for Islamic terror.  The ‘G’ as it is termed by Melburnians, has a capacity of 100,000 people – 95,000 seated and 5000 standing. 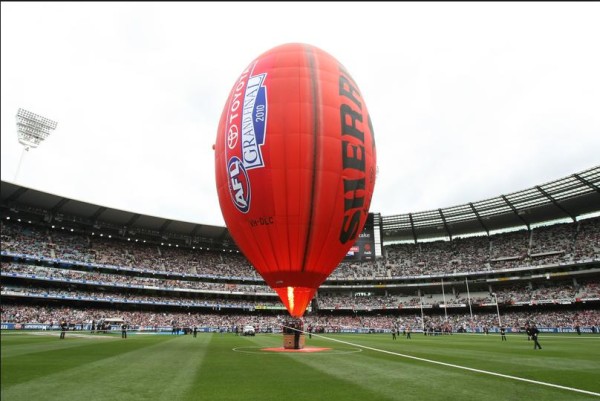 What an allahu akbar finger pointing rush for rabid Islamists!  Osama Bin Laden mass murdered close to 3000 on September 11, 2001 in New York City and Washington DC – not that the ABC media Leftists would wish us to recall.

Outer Melbourne currently holds more than 100,000 Muslims, who on the Census state that their ideological loyalty is to Allah before Australia.  This deems them not just unAustralian, but anti-Australia by their own admission.

So why do Labor and the Liberals in Canberra keep inviting them in – issuing permanent visas and even citizenship to thousands of beards, burqas and head scarves?

Abbott’s ordered 12,000 more – mainly Syrian muzzies. And  Ban Ki Moon’s UN Agenda 21 is to ramp up this number to – wait for it, 480,000!  So illegal smuggling agents like Ian Rintoul, Paul Power,  Phil Glendenning, Helen McCue, Anne Coombs and Susan Varga will be all frothing now that their ‘Let them illegals Stay’ campaign intimidated government to circulate illegals in our community.  More room now for Ban Ki Moon’s half million more! 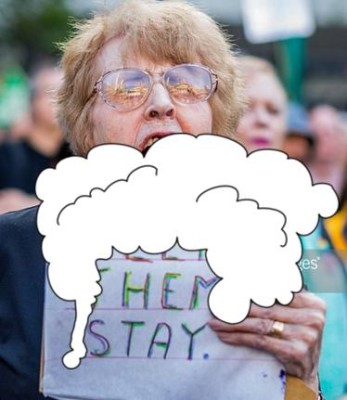 Why do loyal Australians keep voting for Labor and Liberal at the Federal level?  Every time Labor or Liberals get voted into run Canberra, Australians cop another million immigrants over the 3 year term – many who don’t work.

Next time you’re at the MCG look around at the 100,000 capacity and realise this is the same scale of Melbourne’s ‘muzzieflux’ (Muslim influx) and worse – they bring their villages and breed here like rabbits in the outer suburbs because they get our welfare.

Last December, the MCG became the Islamic target of a car bomb, so as an “MCG terror precaution” up went the security fencing encircling the entire outer grounds around the stadium.  This is what the French luckily did around their national stadium, Stade de France, which stopped Islamists entering with suicide vests during the Paris attacks.  France has let in 6 million muslims, so the terror is within.  To late to police the borders.  Mass deportation is the only option to restore French national security.

At the MCG, security realised that alongside the stadium runs Brunton Avenue, which has two lanes which go right below the MCG stadium and you can drive a car or vehicle directly under the grandstand.  Muzzie car boom, literally!

That would spill your pie if you were in the crowd watching a Grand Final!

Do True Blue Aussies realise that our famous Four ‘n Twenty pies and sausage rolls we’re eating have been halaled?

Even Rosella tomato sauce is halal.  Welcome to Islam!

In Australia, Islamics make between $12,000 and $25,000 a year from each abattoir they claim to certify meat as halal.

One of the biggest certifiers, the Islamic Federation of Islamic Councils, in 2015 alone earned $6 million, which added nicely to its $63 million worth of assets.  They don’t pay tax because they get some religious exemption.

Islamic Shari’ah Law mandates a 2.5% tax called ‘zakat‘ which is Islamic tax imposed on income and accumulated wealth of all Muslims, including muslims involved in the halal trade – bed-sheeted imams, abattoir slaughtermen, workers, and halal food shop owners, etc.  Halal certification is done on a fee for service basis, with the fees varying with the scope and scale of the services.  Certification is provided by Islamic organizations, and would not be halal if the required ‘zakat‘ was not paid on the fees. 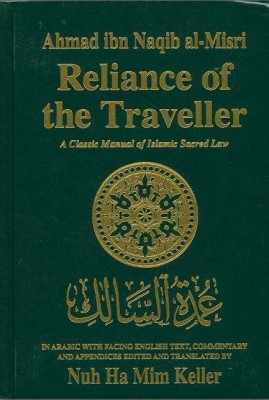 The Shari’ah (or Sharia) handbook of the majority Sunni sect of Islam, “Reliance of the Traveller” prescribes:

h8.7: The Eight Categories of Recipients:  “It is obligatory to distribute one’s zakat among eight categories of recipients …”

h8.17: Those Fighting for Allah: “The seventh category is those fighting for Allah, meaning people engaged in Islamic military operations for whom no salary has been allotted in the army roster, but who are volunteers for jihad without remuneration.  They are given enough to suffice them for the operation, even if affluent; of weapons, mounts, clothing, and expenses for the duration of the journey, round trip, and the time they spend there, even if prolonged.”

So bite into that Four’n Twenty pie and know you are being halalled and funding terrorists.

In January 2016, Victoria Police stressed there was currently “no known or specific threat” to any Victorians, organisation, infrastructure or event. At the same time Australia’s current National Terrorism Threat Level is “PROBABLE”, and over at ASIO they say Australia is at “HIGH” level of alert.  So take your pick.

Even so, during the summer cricket, around went a ‘ring of steel’ enclosing the G, mandatory bag searches, body scans and cars prevented from parking in Yarra Park within 25 metres of the security fence in case a beard had a bomb in the boot.

“We have taken the opportunity this cricket season to trial an extra layer of security for the comfort and safety of our patrons,” said Melbourne Cricket Club’s Prue O’Donoghue.

Well the muzzies could always target the nearby packed Richmond railway station instead.  There go the platform bins again. It’s familiar turf for their Socialist Party mates at Yarra Council – Anthony Main, Stephen (the wart) Jolly and Mel Gregson.

Muslims were invited by mass into Melbourne and its generous welfare since PM Gough Whitlam’s multiculturalist impost on Australians in 1972 and PM Malcolm Fraser’s mass immigration impost from 1975.  Before Comrade Whitlam ushered in the black ‘muzzieflux‘, Australia restricted the immigration of Muslims to Australia to those of white European descent; such was our secure White Australia Policy. But social Whitlamism was about making Australia’s demographic soup somehow richer by throwing in as many foreign spices as possible. His multiculturalism was all about quantity not quality.

The result has been an unsavoury melting pot of disparate cultures.  Muslims and Australians simply don’t mix and never will.  That’s why Reflective Racism is on the rise and it is legitimate.  Our country!

Muslims have been allowed to import their own barbaric cultures, shun Australians and our values and set up their on enclaves and construct their own mosques.  Melbourne has 63 mosques and prayer halls (mainly across Melbourne’s northern enclave) according to the Ummah Directory.  * Notably, many are accommodated at our taxpayer-funded universities for foreign Islamic students who exploit education as backdoor for immigrating their village: 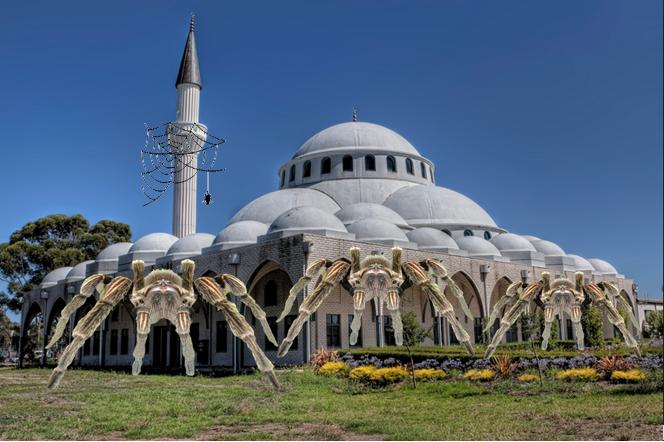 So why would the AFL employ muzzies?  Muzzies like Ahmed Saad or some appeasing apologist like Ali Fahour as its “AFL Diversity Manager”?

Ali Fahour has form brawling with Aussie footy spectators at Northcote Park in 2012. Fahour was sent off by the umpire after the incident and was investigated by the Northern Football League for leaving the field.

The Islamic links are fishy, Fahour is a younger brother of Ahmed Fahour, who in 2004 was CEO of the National Australia Bank.  Ahmed happens to be a friend of former AFL boss Andrew Demetriou, who got Ahmed to have NAB sponsor AFL $4 million a year. Ahmed is Melbourne’s equivalent of Sydney’s lead Leb egotist Salim Mehajer, now sacked deputy mayor of Sydney’s ethnic inner city Auburn.

Islamics seem to have a thing about the MCG.  For the past decade they’ve been trying to blow it up.

It’s not footy fever or even envy.  They mainly go to watch their soccer – da round ball’s easier for them to understand.  With Labor’s Sports Minister John Eren in charge, a “soccer loving Turkish born Mussie”, its perhaps only a matter of time before the muzzies get the ‘G’. 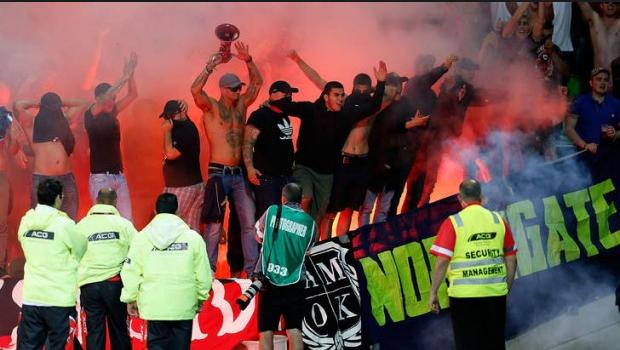 In 2005, Rabid nutjob cleric Abdul Nacer Benbrika, an Algerian, lead a cell of 11 muzzie plotting to plotted to kill 80,000 at the MCG in a terror attack using 500kg of fertilizer explosives and AK47s against spectators at the 2005 AFL Grand Final.  He even tested a version of the bomb in bushland at Kilmore, north of Melbourne.

Known as the MCG bomber, Benbrika was secretly taped by police saying he wanted to kill a thousand Australians.  “We’ll damage buildings. Blast things. Thinking big not small,” Benbrika said on a secret tape recording.   Oddly, Benbrika a self-proclaimed Muslim sheik, who decided on a fatwa against footy was also a closet gambler.  And he was Islamic?  Probably got on the turps too.

He’s due to be released next year in 2017, even though he continues to radicalise his supporters while in Barwon Prison.  Some sentence!  Benbrika was an illegal immigrant who was ordered out of Australia in 1990, 1994 and again in 1995.  The filth should have got life in Gitmo where he could martyr himself in silence. 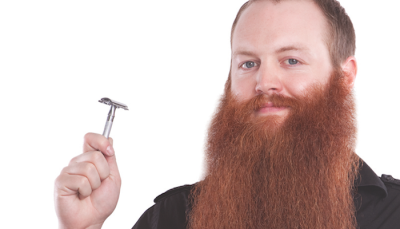 In July 2014, two of Benbrika’s followers — the Raad brothers, Ahmed and Ezzit — who had been released from gaol, had close ties to Adam Dahman, 18, of Northcote, who detonated a suicide bomb in Iraq on July 17.  He lived just down the road from his mates at the Melbourne Anarchist Club. 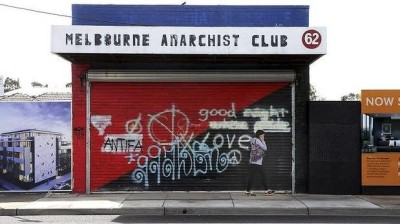 Friends said Dahman had been radicalised by the notorious extremist Raad family living in Northcote.  Anarcho-Islamists have form rioting against anything Australian, anything Western. 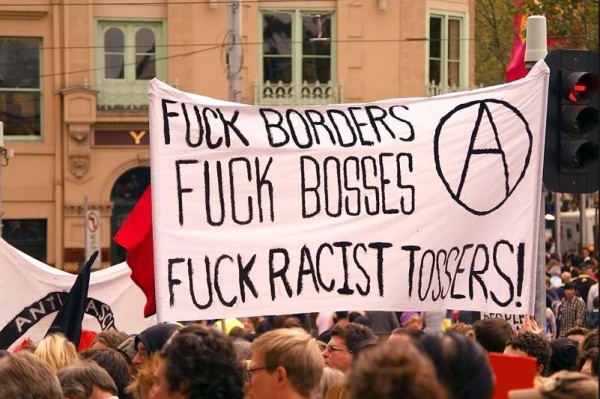