The Australian Senate today is to use its conscience to either protect children or not.

David Leyonhjelm of the Liberal Democrat Party wants his innocuous “Freedom to Marry” legislation to see marriage defined to include homosexuals, transvestites and every possible variants of sexual perversion.   Libertarianism is just a euphemism for moral anarchy.  Leyonhjelm’s views are dangerous.

What trannies do in their own flats is up to them,  but such a law will legalise the unfettered adoption and surrogacy arrangements for trannies, perverts, there is no boundary.  Little Pebble will already be getting aroused. 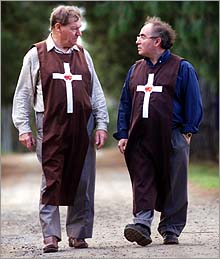 May be we could buy twin surrogate Thai boys
so we’ve got one each. Hey!

Leyonhjelm’s perverted Bill will change the wording of the Marriage Act to make it actually illegal for government employed celebrants NOT to marry same-sex couples.  So if two little pebble types turn up to get married, a government celebrant will have no choice but marry them.

Adoption and surrogacy will then be available to anyone married, or Leyonhjelm will lobby to change the laws for there too.  It is carte blanche and a very slippery slope.

After his Freedom to Marry Bill, libertarian Leyonhjelm, is set to legalise the teaching of gay, lesbian, bisexual, trans and intersex and S&M options in schools, legalise marijuana use and cultivation, legalise euthanasia,  legalise all cults (like The Family), free all deviants from Australian gaols, and to introduce a Perversion Anti-Discrimination Bill. 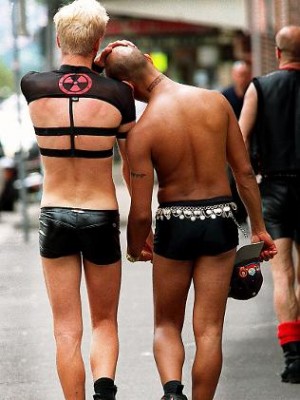 So who’ll be mum, or we could just take turns?