In Ferguson in Missouri, an independent US grand jury has decided that police officer Darren Wilson be acquitted, so move on!  Lynching is a thing of the past.

Rioters are there just for anarchy – white anarchists on the Afro-American bandwagon, all Guy Fawkes masked up. 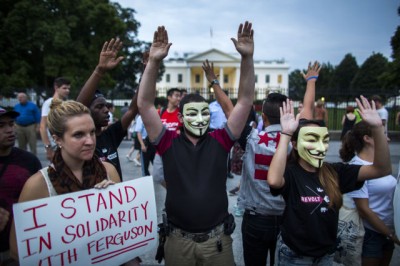 “African-American” identity is an artificial construction of those wanting their cake and eating it – wanting to be African in America.  It is like wanting to set up an American satellite town in Africa, say like a Hanover NH in Namibia.  Good luck.

People in America are either American citizens, guest visitors or else illegal aliens (personae non gratae).  No hybrid nationalities.  Hybrids only undermine a nation’s society.

Descendants of Africans in America, who think they are not American but some hybrid African-American are greedy imposters and why should true Americans put up with such hybrids?

Marcus Garvey was right, some criminal blacks are no good wherever ya put ’em.

Africa’s Jacob Zuma and Robert Mugabe are expelling whites en-mass from Africa, so they should just as well invite their blacks from America to fill the void. 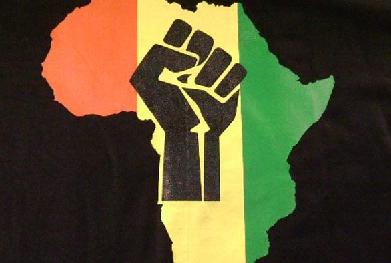 African Rights and Black Power have their true homeland in Africa.  Y’all fixing to go for a hike, man.