Now retired, US Marine Corps service dog Lucca was trained to sniff out explosives and protect the Marine service men and women she served.

“Your lives are literally in each other’s hands,” said Staff Sgt. Chris Willingham. “It was amazing to see how resilient and how well she was able to push through. Whether it was through fire fights, mortar attacks, IEDs (improvised explosive devices).”

Those IEDs were considered the top killers of coalition forces in Iraq and Afghanistan before U.S. troops began withdrawing from the regions. Through almost six years of military service, Lucca went on more than 400 missions in those two nations, and earned a Purple Heart for her bravery. 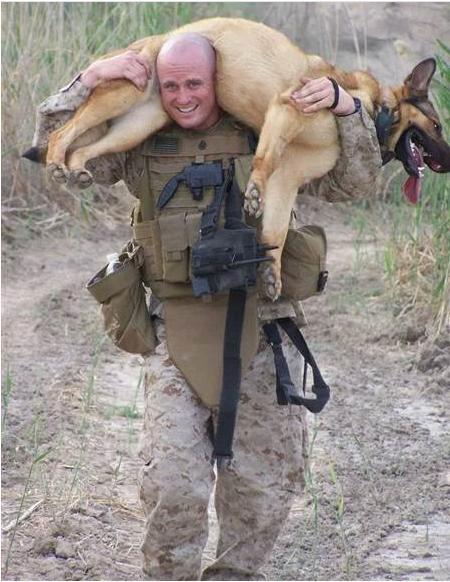 “If you take a well-trained dog team, that’s one of the best counter measures you can have,” Willingham said. “As long as that dog’s properly trained, and the handler knows how to employ that dog, it’s tough to beat.”

When Willingham was reassigned, he handed responsibility for Lucca over to Cpl. Juan Rodriguez, who immediately felt the heavy expectations that came with a military working dog.

On her final patrol in March 2012, during a patrol in the Nahri Saraj District, in southern Afghanistan, Lucca traced the smell of one IED, and then another.  Lucca discovered a 13 kg IED, but as she searched for others a second one detonated.

“I saw a cloud of dust, and there was an explosion,” Rodriguez said. “It was surreal to me.”

With Lucca’s left leg badly mangled and suffering severe burns to her chest, Rodriguez rushed in to treat her, just like any injured soldier.  “I ran in, put a tourniquet on to stop the bleeding,” he said. “I picked her up and we ran to a nearby tree line to get some cover.”   His actions saved the dog’s life.

Rodriguez said, “she saved mine multiple times so it was only right.”

Lucca’s service protected the lives of thousands of allied troops, according to the US Marines, and her success was such that there were no human casualties during any of her patrols.

However, Lucca had to have a leg amputated, something Willingham knew Rodriguez felt guilty about.  “I could sense that he kind of felt like he had let me down with Lucca getting injured, and that was not the case at all,” Willingham said. “His quick actions, the training that he had received kicked in and … (with) disregard for his own life, saved Lucca’s life.”

Lucca, now has been again recognised, this time given Britain’s PDSA Dickin Medal the “highest award any animal can achieve while serving in military conflict” for outstanding acts of bravery and devotion to duty over 400 missions during six years service in Afghanistan.   It is recognised worldwide as the animals’ Victoria Cross.

The medal was presented by PDSA director general Jan McLoughlin, who said her “conspicuous gallantry and devotion to duty makes her a hugely deserving recipient of the PDSA Dickin Medal”.  “Her ability and determination to seek out arms and explosives preserved human life amid some of the world’s fiercest military conflicts,” she said. 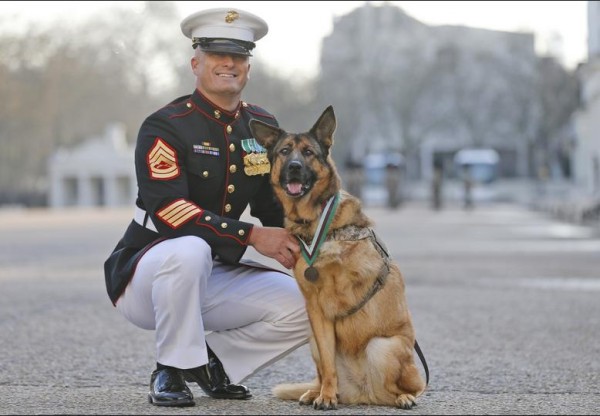 Lieutenant Colonel Abby DuBaree from the Royal Army Veterinary Corps said Lucca’s story had “become famous in the US”.   Lucca, now the subject of the book, “Top Dog: The Story of Marine Hero Lucca” by Maria Goodavage, currently enjoys her retirement with the Willingham family in southern California, where she occasionally gets a visit by the man who once came to her rescue.

“She’s a legend of a dog to me,” Rodriguez said. 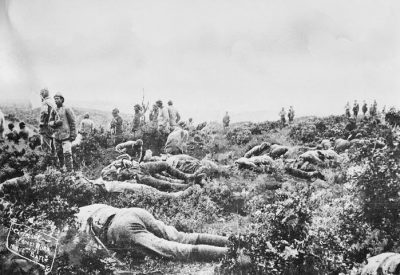