Since when has political propaganda been morally acceptable in primary schools?

Since when has primary school curricula shifted from core educational aims of literacy, numeracy, critical thinking and science to ideology and political philosophy?

Since when did young impressionable children deserve to be exposed to government centralised control of education where curricula reflect the political, social and economic agenda of those in power? 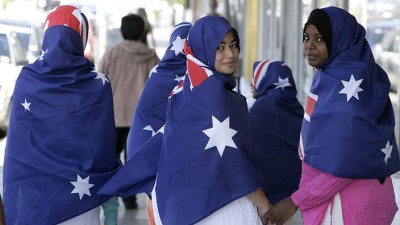 Disturbingly since the 1980s, Australia has seen increased governmental central control over educational curricula with significant impact on the aims, purposes and values of primary education.

The political bias has been mainly Leftist, but it would be equally wrong for it to be Right Wing or any other ideological persuasion. Politics simply does not belong in the young classroom.

Are not the teachings of multiculturalism at primary school level , just blatant ideological indoctrination?

Should early education not be about developing abilities to communicate, express feelings and ideas freely and think critically, without some ideological agenda thrust down young necks?

What right does government have to impose its ideology on children?

Answer?  No right. Get ideology out of our schools!

So what is the Australian Government doing imposing its multicultural ideology and agenda on our primary school children, before being mature enough to comprehend and evaluate such complex themes?

Politics is traditionally taught at university level and this is where it is appropriate for such a complex discipline to be taught.  Adults are free to follow and practice all manner of diverse beliefs and world views in Australia’s most tolerant society,  so long as they don’t breach Australian laws.

But keep politics out of the primary school classroom!

‘Harmony Day‘ is some political philosophy adopted by Liberal and Labor governments from overseas since 1999.    It has become imposed upon all primary schools across Australian by various school boards of studies on March 21 every year since.

Harmony Day has been widely propagated across not just primary schools, but in childcare centres, kindergartens and church Sunday schools.  The indoctrination includes a plethora of promotional material, events, and educational resources for teachers to use for their students to celebrate Harmony Day.

Its teachings thrust an acceptance of cultural diversity for those of foreign countries down the necks of young impressionable children.

Harmony Day is an apparatus of indoctrination.  It is immoral, undemocratic and should be denounced as inappropriate ideological propaganda in schools.   It is no different to trying to teach sex education to prepubescent children.

And therein lies the slippery slope of imposing indoctrination of ideology to young children.  What is then preventing the teaching of sexual diversity to these same young children? How different is such propaganda and indoctrination to that of dictatorships? Franco’s fascist regime imposed centrally controlled propaganda and censorship across Spanish schools in the 1930s.  Under Franco school curricula, one hundred media reports, published books, artistic performances emphasised the glory of Spain’s imperial achievements while suppressing knowledge of undesirable historical facts and processes.

In the 1970s genocidal rule of Cambodians by the Khmer Rouge, educational control over schools prescribed all children to read as a peasants in an uncritical and passive way, taking things at face value and not questioning the meaning or source of the text.

Education in Germany’s Third Reich served to indoctrinate students with Hitler’s National Socialist world view. After 1933, the Nazi regime purged the public school system of teachers deemed to be Jews or to be “politically unreliable.”

In the classroom, instruction aimed to produce race-conscious, obedient, self-sacrificing Germans who would be willing to die for Führer and Fatherland.  Schools played an important role in spreading Nazi ideas to German youth. 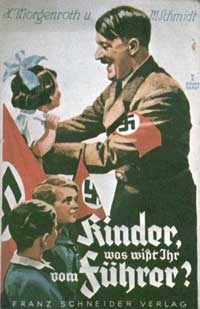 While censors removed some books from the classroom, German educators introduced new textbooks that taught students love for Hitler, obedience to state authority, militarism, racism, and antisemitism. From their first days in school, German children were imbued with the cult of Adolf Hitler. Board games and toys for children were also used as propaganda vehicles to indoctrinate children into militarism.

Stalinist communist propaganda in the Soviet Union was little different. 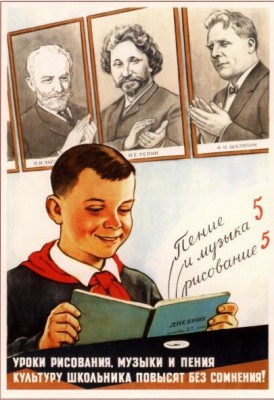 So this Harmony Day teaching aspires to a common set of values, but without regard to addressing the inherent conflicts between many contrary cultures.   The many unresolved conflicts serve only to leave confused messages with children too young to understand. Harmony Day is a propaganda day to indoctrinate children to accepting mass immigration.

The choice of the colour of orange to represent Harmony Day is derived from ancient form of Hindu and Buddhist meditation.  The colour of an orange flower petals inspired “Swadisthana Chakra”, said to symbolise human emotions – violence, addictions, personal relationships, pleasure and sex hormones. 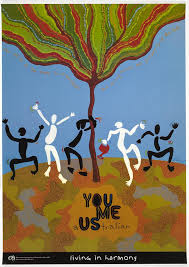 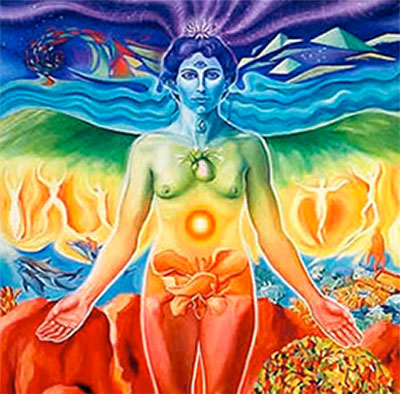 Swadhisthana Chakra represents childhood development from ages 7-14.  The demon of this chakra is guilt. Guilt from too much sex, pleasure and indulgence.

This is hardly an appropriate message for children.