Last weekend yet another homegrown Leftist/Anarchist incited violence, while police and our intelligence services turned a blind eye.

Last Sunday in front of a rally of about 3000 people in Newcastle’s Civic Park, Newcastle Trades Hall Council secretary Gary Kennedy demanded that QANTAS CEO Alan Joyce should be taken somewhere and ‘‘shot in the back of the head’’ because he was about to sack 5000 QANTAS employees. 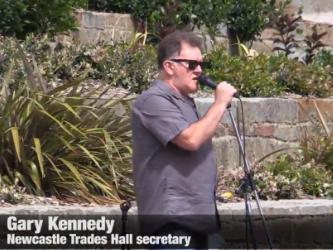 Police attended the rally but have not laid charges against Kennedy, despite the rally being advertised as a peaceful protest.

This follows Australia’s home intelligence network, ASIO, recently highlighting the threat of home-grown terrorism.   Yet successive terror suspects have been turned a blind eye on the home-grown anarchist phenomenon by the overpaid secret bureau.

Just last month, convicted terrorist Khaled Sharrouf was allowed to leave Sydney for Syria on his brother’s passport, despite being on airport watchlists and on ASIO 24 hour surveillance.

In September 2012, violent Islamic protests overwhelmed police in Sydney’s Hyde Park involving more than a 1000 extreme Muslim protesters, with police being struck by water bottles, rocks and pieces of timber.  Posters and speakers called for those who insult Islam to be beheaded.

Last December 2013, about 150 Leftist/Anarchist protesters in Melbourne’s inner suburbs of Fitzroy and Collingwood clashed with police over a proposed East-West road tunnel.  Several people were injured when about 100 protesters against the east-west tunnel project clashed with police.  The protest was led by serial violent Trotskyite, one Anthony Main. 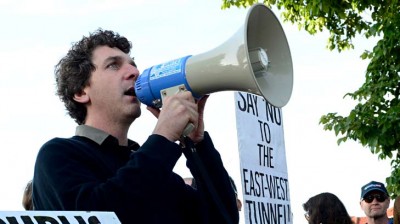 Anarchist Anthony Main had just two months prior led a violent protest by the National Union of Students against proposed student fees involving over a hundred protesting students from RMIT University.  Students were encouraged to clash with police and several police officers were assaulted and five students arrested.

Kennedy last weekend verbally attacked the excesses of capitalism and also took particular aim at symbols of capitalism including billionaire Gina Rinehart, but got well stuck into Joyce.

‘‘That little bastard has made huge corporate mistakes which are now going to cost another 5000 Australians their jobs. Is anybody saying he’s gotta go? No. He’s held up as a pillar. The share price will rise because he’s sacking workers. Another person who should be shot somewhere in the back of the head,’’ Kennedy told the crown of 3000.

Later Kennedy told the local media that he stood by his speech, and did ‘‘not resile’’ from his descriptions of Ms Rinehart’s and Mr Joyce’s business practices. 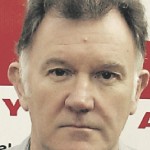