The globalization of Australia, if the traitor planners have their way, will throw up mega cities that are simply part of the universal culture of the globalist system. In Australia’s case, it means following the Asian lead.

For our part, we promise the steady sate model of economy, the distribution of property, the large back yard, less high-rise and the ultimate the decentralization of the Nation.

An article in today’s capitalist press gave us these gems of a future not our own:

“Surely Sydney must have a vision or aspiration beyond a 1970s landmark,’’ architect Philip Vivian, of Bates Smart, told The Daily Telegraph.

“We are part of Asia and living in the Asian century.
.
“It is important that our city is measured against cities like Shanghai and Hong Kong, which are embracing height as a symbol of prosperity,’’ said Mr Johnson, who is now the Urban Taskforce Australia chief executive.

“These days capital is global, jobs are global — if we want the investment and the jobs, we must be seen as a global city in the Asia Pacific.”

Steve McCann, the chief executive of property and ¬infrastructure specialist Lendlease Group, said Sydney was competing every day with other global cities to “attract the best people and the businesses that will employ Australians in the new century”.

“Super skyscrapers rivalling the iconic towers of New York and Shanghai could be built in Sydney’s CBD under a radical government plan.

To mark the launch today of The Daily Telegraph’s second annual Bradfield Oration — aimed at bringing together the best visionary designs for our great city’s expansion — Planning Minister Rob Stokes said he was lobbying federal aviation authorities to wind back ­restrictive flight zones that have stunted the skyline.

Almost 70 buildings in other global cities are taller than the 309m Sydney Tower, which remains the city’s highest landmark 34 years after being opened.

Even Melbourne and Brisbane now feature taller office buildings than Sydney.  (Lucky them)

“If we want Sydney to become a truly global city, we need to climb to new heights and think about shaping iconic buildings to rival those in New York, Shanghai and Hong Kong,” Mr Stokes said. 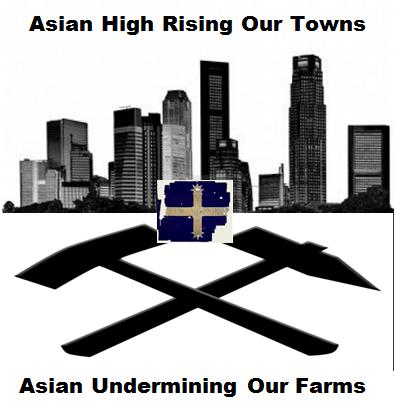 “We already have a Harbour that’s the envy of the rest of the world. Imagine Sydney skyscrapers with the grandeur of the Shanghai Tower or identity of London’s Gherkin.”

Mr Stokes said a review of building heights was underway to compare Sydney’s planning approvals system and aviation safety with other global cities.

Sydney CBD building applications must be approved by the federal Infrastructure and Regional Development Department, after input from Air Services Australia and the Civil Aviation Safety Authority.

An artist’s impression of how Sydney could look by 2050

Planning controls under Lord Mayor Clover Moore’s Sydney City Council allow maximum heights to 235m and only in some areas.

“Great global cities need tall iconic buildings but when you look at her approach to Barangaroo, for example, all we’ve seen is complaining.’’

Ms Moore said she had asked council staff to investigate where heights could be increased, but added the federal government had confirmed in March that all building proposals with heights of 180m penetrated Sydney airport’s airspace and would require approval by the aviation authorities.

The NSW Planning Department is in new talks with federal infrastructure and aviation bureaucrats to establish a more strategic approach to planning for heights.

“While we must comply with international and national aviation standards, there are certainly opportunities within Sydney’s CBD where building heights could be increased,” Mr Stokes said.

He said it was important that key parklands, such as Hyde Park, were not shaded by tower shadows.

The minister, a former Macquarie University law lecturer who wrote a PhD on “the battle for the big backyard”, said he also wants to encourage more Sydneysiders to live in the CBD.

“If you walk around parts of the CBD on the weekend, it’s a ghost town,’’ he said. “I’d love to see a growth town where people not only work, but live and play as well.”

Parramatta City Council recently won the support of Mr Stokes in its bid to win approval from aviation authorities to build Australia’s tallest building in its business district, the 336m Aspire Tower.

Premier Mike Baird said at last year’s Bradfield Oration: “When you consider Sydney’s economy is 30 per cent bigger than Melbourne’s and bigger than Hong Kong and Singapore, this is something that we need to examine further.”

SYDNEY’S skyline has ­become locked in a 1970s time-warp, stunting the city’s ambitions to be recognised as a true global city.

Aircraft space protections, combined with Lord Mayor Clover Moore’s preference for village-style living, are also preventing the city from ­raising more than $7 billion ­in much-needed ­developer levies, which could be used to fund a rapid metro rail system, according to a leading Sydney architect.

“Surely Sydney must have a vision or aspiration beyond a 1970s landmark,’’ architect Philip Vivian, of Bates Smart, has said.
“We are part of Asia and living in the Asian century.

“There are many, many 400m-high towers being built in China now.”  (Lucky them)

There are now 67 buildings around the world that are taller than the 309m Sydney Tower, with Dubai’s Burj Khalifa leading the way at 828m, according to the Council on Tall Buildings and Urban Habitat.

FALLING BEHIND THE RAT RACE

Mr Vivian, whose architectural firm is involved in ­designing Crown Sydney’s proposed 275m casino resort tower at Barangaroo, said the city should be tying together the vision for a soaring skyline with the building of a much-needed metro system.  He said $7.1 billion could be raised from developers over the next 35 years if the government sold off “supertall” air rights above the existing 235m restriction. 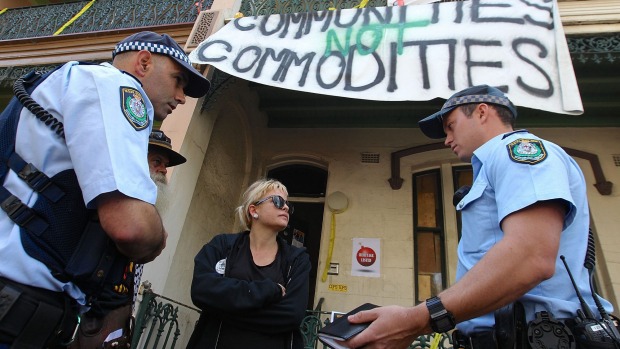 Planners could insist that supertall building only be built in specific zones within 200m of a metro station.

Former NSW state architect Chris Johnson said Sydney’s failure to capitalise on its most valuable land was having a dire economic impact.

He pointed to a PricewaterhouseCoopers study last year that found Sydney CBD’s economic output had only grown by 2.2 per cent a year since 2001 — the lowest of any Australian capital city apart from Hobart.

“It is important that our city is measured against cities like Shanghai and Hong Kong, which are embracing height as a symbol of prosperity,’’ said Mr Johnson, who is now the Urban Taskforce Australia chief executive.

“These days capital is global, jobs are global — if we want the investment and the jobs, we must be seen as a global city in the Asia Pacific.”

“There’s obviously a more flexible approach taken in cities such as New York and Shanghai, which have airports operating near tall towers,” Mr Johnson said.

The Sydney City Council last year approved Sydney’s tallest residential tower — a $440 million, 67-storey development, which is expected to reach a height of 235m, when it is completed next year. 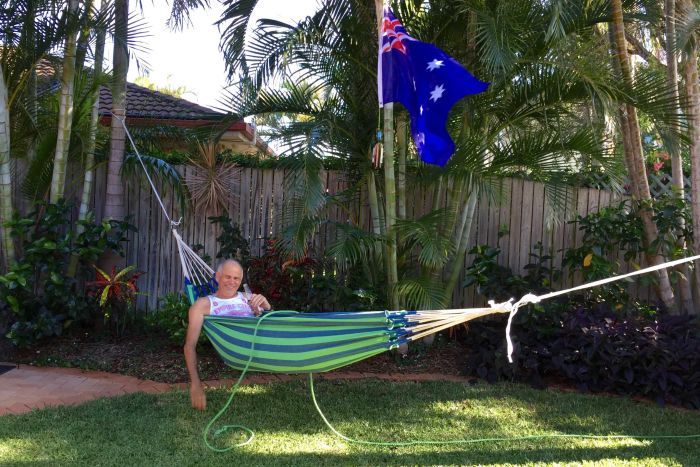 Better still, save the Aussie Back Yard and end immigration pressures for housing

NEED TO COMPETE (but why?)

Steve McCann, the chief executive of property and ­infrastructure specialist Lendlease Group, said Sydney was competing every day with other global cities to “attract the best people and the businesses that will employ Australians in the new century”.

“We have to prioritise the sustainability, productivity and livability of Sydney. With an emphasis on design excellence and transport, greater building height is a key part of the solution,” he said.

Be it former prime minister Paul Keating or former lord mayor Lucy Turnbull, he said it was great to see “people are increasingly willing to champion density done well”.

A “supertall” building is ­defined as standing more than 300m high.”

..It’s all madness.  It’s all UnAustralian. 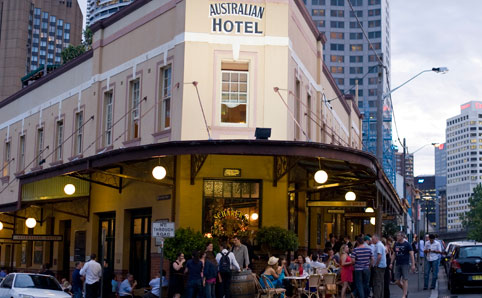