After five years of known and reported wage exploitation of workers in the fast food industry across Australia, finally the national Fair Work Ombudsman is acting; probably because the Labor Party is no longer in power.

It has become common knowledge that wages at McDonald’s are Slave Third World bottom-feeder standard. The fast food industry and related hospitality industry employ many thousands of workers on the lowest of wages, many young people as well as foreigners.

In NSW, the hourly rate under the Fast Food Industry Award is $17.98, but the unions have let McDonald’s undercut that to $17.38.  The average salary of a McDonald’s worker in the United States is just US$7.72, yet it is the US poverty standard that Liberal Industry Minister Ian MacFarlane wants 2500 Australian Toyota workers to cop.

Fair Work Australia condones exploitation of our youth, allowing employers to undercut Australia’s minimum decent wage if an award isn’t in place.  This means that a 20 year old can be paid $16 an hour, a 19 year old $13.51 an hour, an 18 year old $11.18 an hour.  Child exploitation is permissible with anyone aged under 16 able to be paid just $6.03 an hour.

It is such people who are unaware of their rights who are the most vulnerable to being exploited and who are typically reluctant to complain for fear of losing their job.   It is this sector of employment in Australia that over many years has generated the most number of complaints to the Fair Work Ombudsman.

In 2009, it was reported by The Age newspaper in Melbourne that a Subway fast food franchise had been systematically exploitation of foreign students, not paying them for the first week while being trained.

Prateek Sahni, 23, alleged the Subway manager, Biltan Besim, did not pay him for more than 40 hours work at the fast food outlet in February 2009 and required him to do heavy labouring work for him at a property, also free. He is seeking penalties that could exceed $200,000. 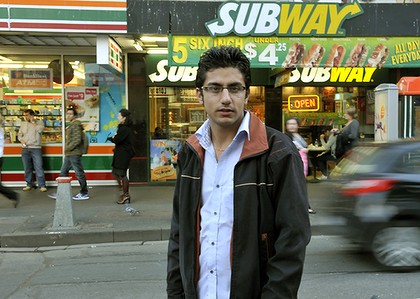 Besim argued that Sahni had incomplete details and no surname.  He said that Sahni never returned his employment and tax forms and had left his final shift early and  “disappeared”.  Sahni said he knew of at least five other students who had not been paid.

A case of one dodgy ethnic employing another dodgy ethnic. Not only are many ethnic take away fast food outlets illegally underpaying their workers, many are selectively employing illegals.  Franchise formula fast food chains Subway and Sumosalad across urban Australia employ Sri Lankan economic migrants, aka the illegal ones.

Five years on, in January 2014,  Australia’s new Fair Work Ombudsman, Natalie James,  is undertaking a national crackdown on fast food outlets, to involve audits of about 600 fast food outlets across the nation.  This includes the major franchised chains McDonalds, KFC, Hungry Jacks, Subway, etc, as well as the many family-owned mainly ethnic takeaways. 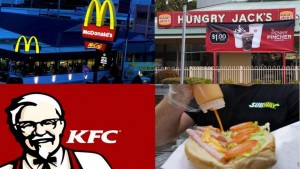 Fair Work Australia inspectors are currently checking that employers are paying employees their minimum entitlements, including minimum hourly rates, penalty rates and overtime rates, and are complying with their record-keeping and pay slip obligations.

Fast food outlets throughout Australia as well as the hospitality industry are being audited from the capital cities to regional towns from Devonport to Bendigo to Townsville to Port Augusta to Broome and Alice Springs.

The Federal Circuit Court in Sydney has this month heard that a noodle fast food franchise, Yummy Noodle House, owned and operated by chinese ethnics, has systematically underpaid its six cooks to the tune of $642,311 in its outlets in places such as Bathurst, Orange and Bundberg. 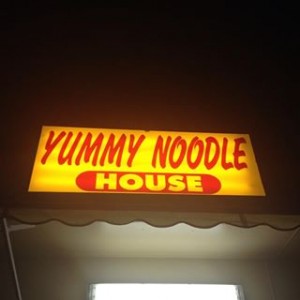 The Fair Work Ombudsman has commenced legal proceedings against W.X.Z Enterprises and NSW men Xin Tai Xu and Xin Chun Xu, who were allegedly involved in managing the company’s operations and underpaying the workers.   They, were all brought in on 457 visas, not because Australians can’t cook noodles, but because chinese Xin Tai Xu and Xin Chun Xu wanted to exploit their own countrymen.  The cooks just wanted Australian residency through the backdoor.

The 457 visa scam is out of control.  In September 2013 a Perth cleaning company was slapped with a record-breaking $340,000 fine for underpaying six workers on working holiday visas from countries including Taiwan, Hong Kong, New Zealand and Ireland.

In May 2013, ten take away restaurants and fast food outlets in and around Coffs Harbour, employing mainly indian and chinese migrants on 457 visas were caught out underpaying their workers and not paying any penalty rates for work on weekends and public holidays. In one case, a fast food worker was being paid just $9 per hour instead of the minimum of the award minimum of at least $17.50 per hour.  Other award breaches included not providing pay slips, and in in one case having payroll no records at all.

But they just got a slap on the wrist penalty of on the spot fines of $350 and $110 respectively by the Fair Work Ombudsman and continue to operate.

These ethnic owners come to Australia, lie to get their fellow countrymen in on dodgy 457 visas, employ them as slaves and defy Australian workplace standards.  They need to repay all wages owed and then be immediately deported back to from whence they came for breach of Australian residency conditions.  Those on 457 visas need to show cause or else be deported summarily.

Unskilled jobs in Australia need to be rightly filled by unskilled local Aussies, not displaced by foreign scab labour.

The fast food industry in Australia has been allowed to become and exploitation racket.  No wonder Big Macs cost just $2 and cause heart disease.  The industry and its foreign element needs cleaning up.

All workers in Australia are entitled to a decent minimum wage for the work they do.  Foreign workers should only be employed when Australians cannot, which has to be in extremely rare circumstances in only the highly skilled professions.  457 visas are a rort for foreign scab labour and need to be abolished.

Where are the Australian unions in all this?  How are the unions relevant anymore? 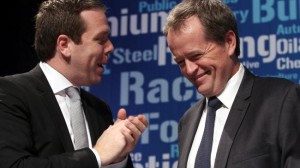