The fake-news article (below) points to the likelihood of provocation regarding today’s St. Kilda Beach protest concerning African crime in Melbourne.

ASIO, radicalisation, Neo-nazis, violence, riots, terrorism – it’s all there and the anti-terrorism czar, Nick Kaldas (a counter-terrorism boss) who knows the script backwards, gets a guest spot. 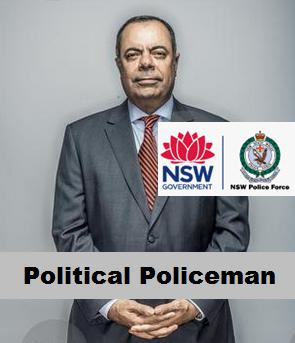 This article is a classic in the genre.

A number of decent ordinary people may turn out to protest today and that is fair enough. The issue that will bring them there is valid to the max.

However, the protest today was initiated by a person, Neil Erikson,(below) reasonably understood by nationalists as a provocateur (although the protest has seemingly grown well beyond him). 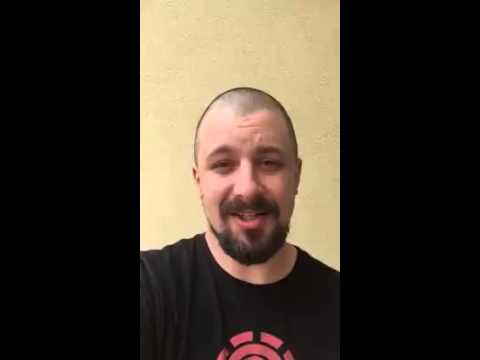 We understand Victoria Police was formally asked recently whether Mr. Erikson was an informer or operative. We would be interested in any answer. He has also been roundly condemned and criticised by some of the people ostensibly fronting up today – yet they will stand with him, yet again. Mr. Erikson fits right into the narrative being built by the state and he doesn’t seem to care.

But certainly the Victorian Police counter-terrorism group will play the game of being concerned at all ‘extremists’, keeping Left and Right apart. Yet from today could come incidents that will justify further repressive anti nationalist, anti patriotic and anti free speech legislation. Is that the aim of provocation?

That there is a potential for a patriotic undercurrent to develop into nationalist movement is the thing which would worry the political police. From the ‘inside’ they may try to restrain it to civic patriot norms. From the outside comes, as noted, the agenda born in counter-terrorism with provocation a useful tool.

The conscious nationalists in Melbourne have a big job ahead.

We expect to comment again on this affair in coming days.’ 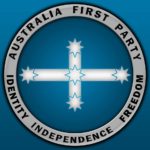 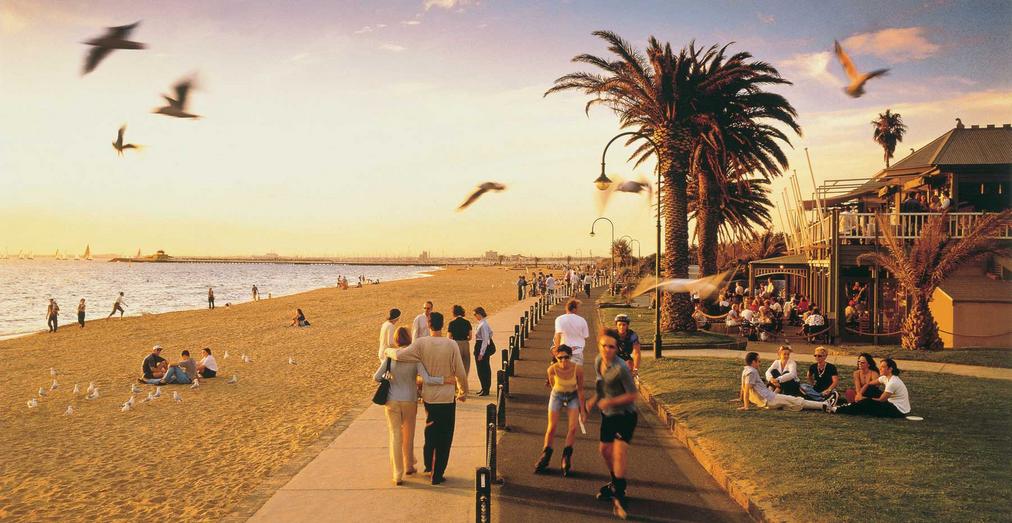 The fake news article we reproduce below.

‘The new extremist threat in Australia: Right-wing groups who have ASIO’s attention’

by Ms Shannon Molloy, News Limited, January 4, 2019.  [Molloy is a leftie millennial hipster imported from Ireland.  He’s News Limited’s fiction writer with attitude, having had a celebrity gossip column for TV Week magazine and Network 10, has been a spin doctor for Amazon, a lobbyist for Roz Ward’s Safe (deviant) Schools cult, active on the board of the New South Wales Gay and Lesbian Rights Lobby, and kiss-n-ride mates with commo John Safran. So there’s a slight chance he’s biased writing about Australian patriots. Molloy teams up with comrade leftie photojournalist Jake Nowakowski for their timely character crucifixion propaganda, all edited by Kate de Brito.]

‘Right-wing groups promising to unleash a Cronulla-style race riot on Melbourne this weekend are on the national intelligence agency’s radar, with growing fears of the threat posed by a new breed of homegrown extremists.

Community tension is at boiling point in the Victorian capital, with a number of so-called ‘patriots’ planning at meet at St Kilda Beach on Saturday to protest African gang violence. 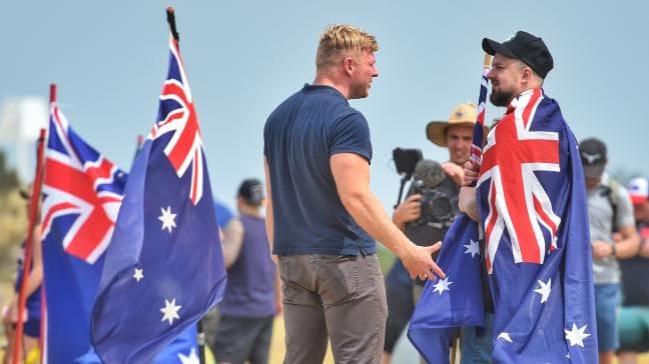 Neil Erikson, a controversial far-right figure who has been convicted for inciting serious contempt against Muslims, is behind the rally, which police say they are watching closely.

He is supported by convicted criminal Blair Cottrell, [Hood:  This is crap, it was a political stitch up by Labor Party’s Lisa Chesters MP and Cottrell’s appealing anyway] who runs the United Patriots Front and an underground fight club for men, and once called for a picture of Adolf Hitler to be hung in every Australian classroom.

In a message released on Wednesday, Cottrell launched an attack on the government and media, which he said were working together like “a Communist state”.

“Perhaps diversity isn’t our greatest strength — perhaps all it’s actually doing is dividing and destabilising our society,” the tradesman and bodybuilder said.

“I’ll be uniting with Australian workers … on St Kilda Beach and every Australian patriot I know will be there with me. Rise without fear.”

Victoria Police will have a major police presence at the United Patriots Front-backed rally this weekend and have promised to come down hard on anyone making trouble. Picture: Jake Nowakowski  Source:News Corp Australia

Some of those who plan to attend have spoken of a desire to mimic the infamous Cronulla riots in 2005, which saw thousands of white nationalists wage mayhem at the Sydney beach.

Victoria Police will have “a strong presence” at the rally and has vowed to come down hard on anyone “looking to cause trouble”.

Increasingly, a number of these groups are being monitored by federal agencies. This is why.

The planned rally on Saturday comes after the Australian Security Intelligence Organisation revealed in October that it was monitoring far-right groups.

Duncan Lewis, chief of the spy agency, told a Senate Estimates hearing that right-wing extremism in Australia pose “a threat”.

Mr Lewis warned that individuals were becoming “a little better organised than they have been in the past” and admitted that ASIO was “monitoring” their activities “very, very closely”.

Intelligence agencies have revealed they are monitoring the activities of right-wing groups in Australia.

The United Patriots Front clashes with counter-protest group No Room for Racism in Coburg.

However, he declined to elaborate on specific groups or the extent of their threat to national security for operational reasons.

When asked if ASIO had concerns about some far-right groups and their growing activities, Mr Lewis said: “Yes, we do, and that’s what we’re monitoring.”

“Of course, legitimate advocacy — you might not agree with it — if it is right-wing advocacy that’s afoot, and there’s no violent or foreign interference dimension to it, then that’s not ASIO’s business.

“But if there is the prospect of there being violence or there is some sort of foreign influence dimension to it, then it’s of interest to us.”

At an earlier appearance before the Senate in August, ASIO’s then acting head Heather Cook said the number of young people being drawn to “jihad” in Australia had dropped.

However, Ms Cook said the rise of the extreme right was of concern to the agency and likened it to the risk posed by other forms of radicalisation.

“Similar to radicalising factors in Islamist extremism, young people may be attracted to the type of ideology, messages and methods espoused and used by newer extreme right-wing groups,” she said.

Some of those planning to attend this weekend’s rally have drawn comparisons to the infamous Cronulla race riots.

ASIO is also investigating reports late last year that more than a dozen nationalists had infiltrated the ranks of the National Party’s youth wing.

TAKING TO THE STREETS

Cottrell and members of his group regularly hold and attend rallies across Australia, often clashing with anti-racism and left-wing counter protesters.  He rose to prominence in 2015 when he and a number of associated staged a mock beheading at a mosque in Bendigo and shared the disturbing footage to social media.  Cottrell then founded the United Patriots Front. (Hood:  Crap. Shermon Burgess did in May 2015 after splitting from Reclam Australia.  Contrell founded Fortitude in November 2015, then The Lads Society with Tom Sewell in April 2018 – consisting of two men-only social clubs with a clubhouse each in Melbourne and Sydney).

Like other movements, they are volunteer-led and operate on donations from members, who congregate in Facebook groups and on hidden forums.

They attract a broad range of sympathisers, from Australians concerned about immigration, crime and national security, through to more fringe members with neo-Nazi and criminal links.

Authorities have stepped up their efforts to monitor groups and individuals, and intercept any planned acts of violence.

In 2016, ASIO uncovered an alleged plot by a right-wing figure to attack a so-called “extreme left target”. The man had been linked with Cottrell’s group.

In 2015, the co-founder of the Reclaim Australia movement, John Oliver, was caught carrying a gun while on his way to a rally in Melbourne.

One of Blair Cottrell’s latest endeavours is establishing an underground fight club called the Lad’s Society.Source:Supplied

Ahead of the planned gathering at St Kilda Beach this weekend, local police are on high alert.

“The safety of the Victorian community is the highest priority for Victoria Police and there will be a strong police presence at the rally in order to maintain public safety,” a spokesperson told news.com.au.

“Victoria Police respects people’s right to protest peacefully, but will not tolerate those who break the law. Anyone coming to the event looking to cause trouble can expect a firm response from police; you will be arrested and held to account if you commit a crime.

“Police will be closely monitoring the rally to ensure there are no breaches of the peace or crimes occurring.”

The threat of terrorism in Australia is not confined to extreme Islamic groups, an expert in global terrorism said.

Andrew Zammit, a researcher at Monash University, said there had been several instances of far-right extremist violence in the past two decades.

These include carefully planned, orchestrated plots, including a thwarted plan to firebomb Chinese restaurants in Perth in 2004, the distribution of bomb-making instructions by a white supremacist group in 2005 and an offshoot of a UK neo-Nazi group firing bullets at a Perth mosque in 2010.

“While jihadism has posed the greatest threat of mass casualty terrorism to Australians this century, focusing on one threat can risk missing others,” Mr Zammit said.

Authorities were right to be on alert about the “radicalisation on the right” that appears to be taking part in some areas, Mark Briskey, a senior lecturer in national security at Curtin University, said.

“Those who subscribe to an extremist Islamic narrative may indeed give us cause to fear their actions and the influence of technology-assisted radicalism,” Mr Briskey said.

“Equally, we should fear members of the far right who have access to a poisonous blend of neo-Nazi motivation that is as global and as accessible as their chosen information technology device.”

At a conference in 2015, then New South Wales Police Deputy Commissioner Nick Kaldas said there was concern at the increasing public visibility of right-wing extremists.

Authorities were watching the groups’ “increasing use of online and social media strategies” is a factor in encouraging political radicalisation and “divisive notions of us and them”.

Politically charged groups use social media to not just spread information about their cause but to recruit new members, according to John Wallis, a lecturer in information studies at Charles Sturt University.

“They employ visceral, emotion-charged imagery and narrative framing in their digital content to create a sympathetic presentation of issues on which they campaign,” Mr Wallis said.

A True Blue Crew member at a rally against Islam with the United Patriots Front.