Australia does not need more imported criminal scum like this. 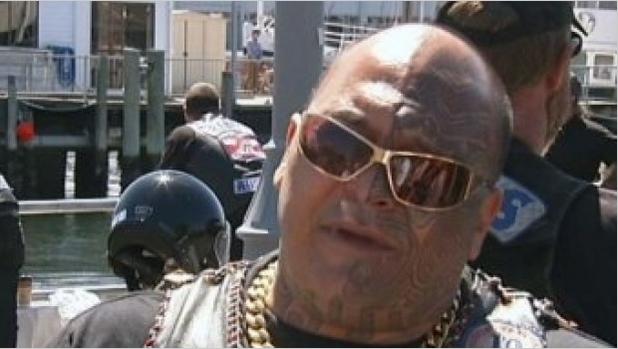 “We’re more than happy for Australia to look after our rotten Kiwis.”  Most are imported coconuts from the Islands anyway (Polynesia, Melanesia)  who transit New Zealand to get to Australia for CentreLink and drugs.

Reports across the Tasman suggest dozens of bikies have been nominated as possible candidates for deportation. Many of them are believed to be naturalised New Zealanders (rotten coconuts) who are aligned with gangs like the Comancheros.

A founding member of the Rebels in Tasmania, Kiwi-born Aaron Joe Thomas Graham (photo above) was arrested by Australian immigration officers in Hobart in June and is among those awaiting deportation. He has a string of convictions for violent assaults.

Detective Superintendent Virginia Le Bas, national manager of organised crime, said police were aware of several gang members among those returning to New Zealand. Some of them were from groups that did not exist in New Zealand, Le Bas said.

“There’s the risk that they will come back here and set up a chapter [of the gang] and establish within this country.”  Le Bas said it was key that police had access to information about those who were being deported.  “If we don’t know who they are we can’t be monitoring them and that’s what we want to be doing,” she said.

So in 2014, listening to the Australian community for a change, the Abbott Liberal Government ramped up Australian Visa laws.  Since then foreign nationals sentenced by an Australian court to at least one year’s gaol, have their Australian visa automatically cancelled.  The conditions of any foreigner staying in Australia is a privilege requiring abiding by Australia’s laws – like in any country – the law of the land.

So dodgy Kiwis, many criminal bikers, think they can gap Enzed, cross the ditch and do crime on the other side (of the ditch).

Yeah nah bro!  Once the scum do the time in an Australian gaol, they get auto flicked to detention centres like Christmas Island before getting deported back to the long white cloud, just like convicted murderer Michael Heron. 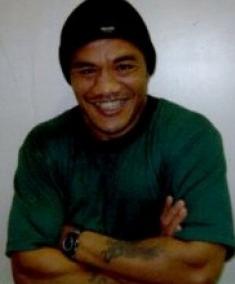 Convicted murderer Michael Heron was deported from Australia late last year and is understood to be living in Christchurch.  Heron, 43, was jailed in Australia in 1996 after stabbing a man to death in a bar fight. He was sentenced to a minimum of 14 years’ jail and had extra terms added for repeated acts of violence in prison.  Authorities warned he could kill again

At least 80 Kiwis have so been deported from Australia this year.  Australia’s Border Force statistics show of the 2,028 people in immigration detention at the end of August 2015, nearly 200 were from New Zealand.

About 1500 New Zealanders are now in Australian gaols for committing serious crimes in Australia and so breaching the conditions of their Australian visas.  As many as 5000 have been imprisoned over the last 10 years.  They should be put on the next Trans-Tasman cargo ship to Auckland, freight collect!

One murderer (photo above), eight rapists, 25 child sex offenders and 42 armed robbers are among the hundreds of Kiwi violent criminals New Zealand Prime Minister John Key claims Australia is treating less than ideal by deporting them back across the Tasman.

Honest to who, bro?

After Mr Key attacked Australia’s treatment of rotten Kiwis, The Daily Telegraph obtained a frightening list of offences that had prompted 484 New Zealand offenders to be stripped of their visas since Christmas and sent home.  Most are coconuts anyway, so Key should do an Australian effort back to Tonga, Solomons, Fiji, etc.

The list differs starkly to Mr Key’s claims Australia was picking and choosing the best Kiwis, and counters repetitive claims in the New Zealand media that Australia was detaining Kiwis on minor crimes.

“There are people who have now spent their entire life in Australia … and it’s … like the Australians saying ‘well we are going to pick and choose. We are going to keep the ones we like and we are going to send back the ones we don’t like’. To a certain degree you have to take the rough with the smooth,” Mr Key told Radio New Zealand yesterday.

“I had a chat with Julie (Bishop) about it and I was pretty blunt. I said there’s a special relationship between New Zealand and Australia and you challenge that, to a degree, when you see New Zealanders being treated in this way.” 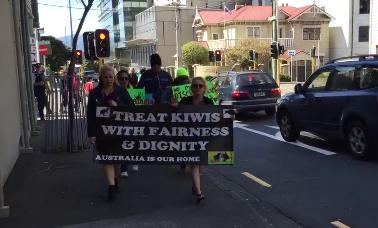 The number of NZ nationals sent home by crime type since December 11, 2014.

More than 170 Kiwis were stripped of their visas for ­assaults and violent crimes, 47 for drug crimes, four for manslaughter and 28 for grievous bodily harm since December 11. This is not parking ticket stuff.  There were no minor crimes listed among those deported.

There has been a push to improve monitoring of criminals deported from Australia to New Zealand since the murder of Christchurch schoolgirl Jade Bayliss in November 2011.  The 13-year-old was strangled in her home by her mother’s ex-boyfriend Jeremy McLaughlin – a man who had spent time in jail for the killing of a teenager in Australia before he was deported in 2001.

PM Key needs to listen to Australia’s Senator Ian Macdonald, who has said. ‘We don’t want people who get into trouble, who have a criminal record, and those who fit into that category will have their visas cancelled and sent back to where they came from,’ ‘We love our cuz across the ditch but they must be subject to the same laws as everyone else.’

So this week, The Greens on both sides of the Tasman have lodged a complaint with the Australian Human Rights Commission.  Of course, the Illegals Witch Sarah Hanson Young has weighed into it.

Give a rats.  Better rotten Kiwis and Coconuts are weened off Aussie CentreLink and back on the Kiwi equivalent ‘WINZ’ (Work and Income Service Centre).  Your problem John Key, ANZAC cuz, mate!.

Kiwi Key better pull his head in because the next step is for Australian Immigration to require visitors from across the Tasman to submit their criminal history.  That should reduce the flood to a trickle.  Australians have had a gutful of Kiwi thugs with English speech impediments.

Our Immigration minister Peter Dutton has confirmed there had been a “dramatic” increase in child sex offenders coming from New Zealand, and as such, the crackdown was necessary.  “Some people who get to Australia from New Zealand, if they’ve got a criminal history they would be stopped from ever coming in to our country (as they would) if they were coming from Brazil or the US or elsewhere,” Mr Dutton said.

“And if an Australian went to New Zealand and was ­involved in child sex offences or a serious assault … we would ­expect the Australian citizen to have their visa cancelled.”

So here’s the ANZAC deal John Key, you take back your crap and hand us back our crap.  Good as gold, cuz!

Just because you’re chockas with coconuts, don’t think you can hand ball ’em across the ditch to us!

According to police, 119 people have been deported to New Zealand from Australia so far this year – more than four times the number sent home for the same period 12 months earlier.  In the four years to June 30, New Zealand sent 14 people in the other direction. 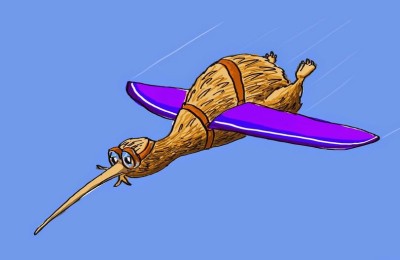 This is why the NZ deportation thing has got all the media headlines.

PM Turnbull’s NZ counterpart John Key, has warned he would issue Turnbull with an “extremely direct” message on the deportation of New Zealanders from Australia. 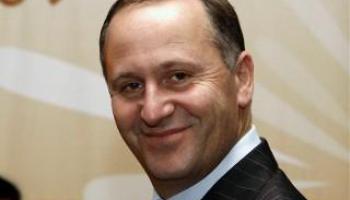 John Key just can’t be bothered taking back his own rotten Kiwis.

Turnbull seems to be a wake up to the ploy saying,

“I look forward to discussing this issue with John Key, but it is very important that we maintain our standards, our security,” Turnbull said. “We do have a principle which is enshrined in statute, that people who have been convicted, foreigners who have been convicted of serious criminal offences, have the automatic revocation of their visa.”

The proof will be in the pudding.