The Protect Penrith group, linked to (Liberal) Councillor Marcus Cornish on Penrith City Council, is to host a fundraiser at $150 to support legal action to stop the building of not one, but TWO MOSQUES.

Pauline Hanson has been asked to speak in support of the effort.

The below article suggests that the Protect Penrith Action Group‘s legal challenge to the mosques isn’t travelling too well.

For our part, we believe it is destined to lose and all the money spent will go down the drain.  In fact, we sneakingly suspect that one of the mosques will get knocked on the head and the other will pass. That is because one is Shi’ite and the other Sunni. 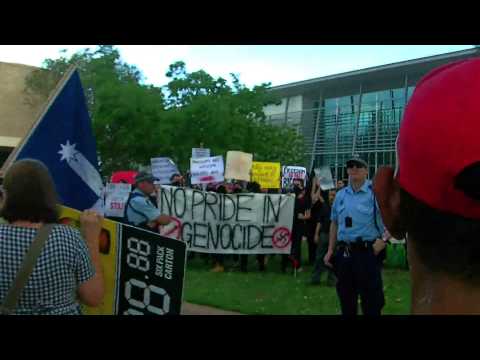 What will Councillor Cornish and his supporters do then?

Wouldn’t it be better to fight the mosques with a civil resistance movement? Or don’t good Liberals do that sort of activist thing?

The use of Liberal Hard Right stooge Pauline Hanson says a lot. Pauline is a ‘born-again’ fighter against Islam in Australia. She used to say that “Australia is being swamped by Asians”. I suppose they all integrated and now are concerned about halal food certifications on the sweet and sour bottles? Why would we believe her? Could it be that she’s been invited in to make the hoo-hah court case stuff look credible?

We do not believe any of this Liberal noise making has one iota of credibility. Hanson is the last straw. 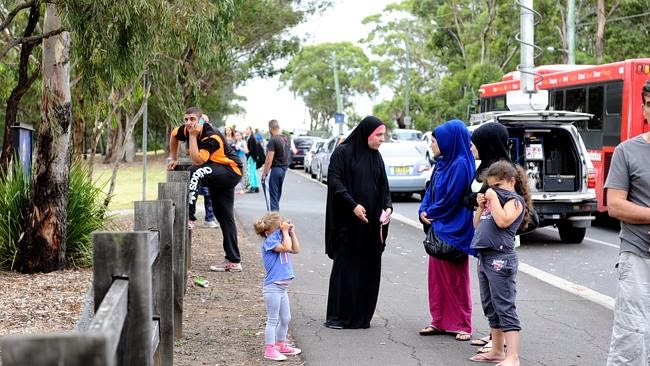 Monocultural Muslims moving in on Penrith, whether locals like it or not

“THE Protect Penrith Action Group’s campaign to stop two Islamic developments in Kemps Creek has hit another hurdle with its bid for an expert witness to give evidence rejected by the Land and Environment Court.

Acting Justice A J Moore refused a motion for planning expert Dr Judith Stubbs to give evidence during hearings set down for late November because he said her report contained irrelevant and impermissible considerations. He ordered the group to pay the legal costs of the motion.

The PPAG will lodge an appeal but faces escalating legal expenses, previously paying $14,000 for a day in court and required to pay $65,000 before hearings begin in November to cover potential costs against the two proponents, Imam Ali Limited and Muhammadi Welfare Association.

A cost agreement is yet to be reached with Penrith Council.

To cover increasing legal costs the group has enlisted the help of Pauline Hanson, who is expected to attend a $150 per person fundraising dinner in November and is selling “stop the mosque” T-shirts.”

Local protesters gather ahead of a meeting at Penrith Council to discuss the development application for the construction of an Islamic development at Kemps Creek in 2014.

“The Protect Penrith Action Group has failed in its bid to have an expert witness give evidence in the NSW Land and Environment Court.

On Monday, Acting Justice A.J. Moore dismissed the group’s motion to allow Dr Judith Stubbs, the principal of a social planning consultancy based in Wollongong, to give evidence that proper planning processes were ignored in the approval of two Islamic developments at Kemps Creek last year. 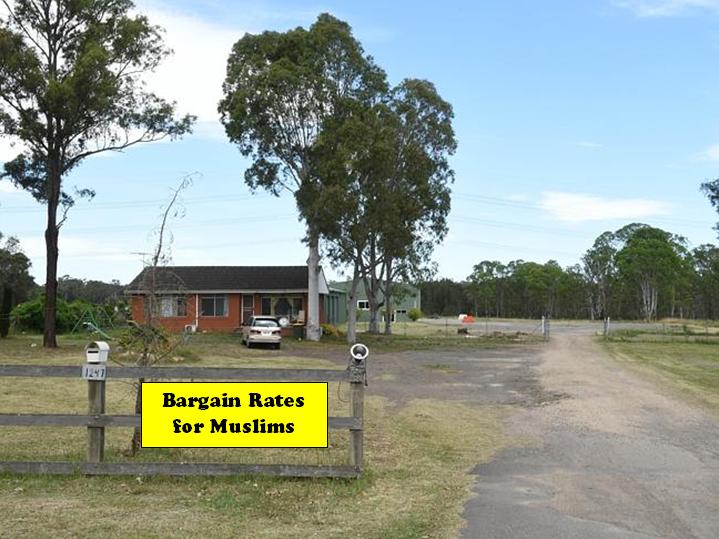 One of the mosque sites at Kemps Creek

In his judgment, Justice Moore said questions put to Dr Stubbs by the group’s legal team produced slanted answers and did not address proper planning matters.

“ (Protect Penrith Action Group) … by their inclusion of the words ‘and particularly as a mosque’ in question one, caused Dr Stubbs to write her report on the assumption that the fact that the place of public worship, in each instance, was proposed to be a mosque was a matter of relevant consideration when it is not,” he said.  “ … having proceeded down the path along which she was impermissibly invited, Dr Stubbs herself elected to deal with several matters in a fashion that, in themselves, were impermissible in any proper planning context.”

Protect Penrith Action Group was ordered to pay costs but intends to appeal the ruling. Final hearing dates for the matter were set down for late November but could be delayed if the appeal is heard.

Protect Penrith Action Group is ramping up its fundraising efforts to help cover rising legal costs. One Nation leader Pauline Hanson and SBS reality TV show personality Kim Vuga have been listed to speak at $150 a head, three-course dinner. Pensioners are being charged a discount rate of $130.”