|
The Australian Electoral Commission (AEC) shall de-register Australia First Party as a Federal party officially tomorrow morning at 10 am, it determines.

We may be de-registered, but we are hardly ‘dead’. We remain an activist association and our party registration in New South Wales remains intact.

However, we affirm to our members and friends that being in the limbo of de-registration will only be a temporary situation.

We need this Federal registration for a solid array of reasons and we intend that we retain it. Although as we say it, we are not an electoralist party, we do – and we must – contest elections. We recognize that a registered party is a zone of stability in a rapidly growing patriotic movement which is certain to demand nationalist direction.

Already, one member had pledged the precise sum which is the filing fee at the Administrative Appeals Tribunal such that we can launch an appropriate action.

However, we shall most likely request – as an initial step – that the decision be reviewed by the AEC.

There is much for the AEC to re-consider.

We note that the AEC has ‘targeted’ about fifteen smaller parties so far this year and a number have already been the subject of de-registration. Some of the parties which were de-registered failed the so-called “membership test” in circumstances where it is fairly clear that they have the membership. It is clear that the Sex Party and the Australian Democrats actually have the membership, but they were de-registered. Australia First is no different.

In some other relevant and recent correspondence, the AEC has advised us that they refused to entertain our argument that a number of members of Australia First Party were liable not counted on our sample roll for testing because it was said (by the AEC) they were members of Pauline Hanson’s One Nation. It is the Hanson party which was falsely claiming as members – our members. The Hanson party got in first. It is clear this error on the part of the AEC denied us natural justice and would have distorted the so-called “membership test” carried out by the AEC. In fact, on the figures passed to us tonight, had the AEC included the nine members, we would have most likely passed the test.

Indeed, the AEC has refused to even tell us who these alleged One Nation members were such that we could substitute them on the sample list. The AEC has refused to contact these members so as to have it affirmed which party they might be a member of; indeed, had they done this and it was said by these persons they were members of Australia First, then the registration of Pauline Hanson’s One Nation might need to be reviewed.

We would say that a review of Pauline Hanson’s One Nation should be done anyway. The clique of panderers around her claimed during the registration process of her party that certain members in Western Australia were members. Having expelled them all previously, this was a lie. And if it was that some of these members were contacted by the AEC and in the confusion they affirmed membership of Hanson’s party – then a fraud was committed. The AEC is more than aware of the many claims made over the administration of the Hanson party courtesy of the Western Australian leadership of the expelled branch. 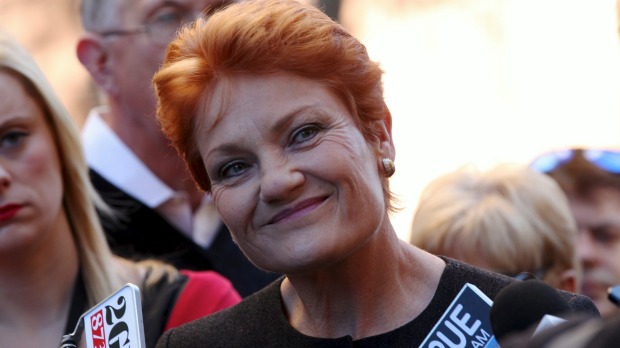 We can see why the matter of the nine members on our list was so important to the AEC. Some bureaucrats like not to correct mistakes. It is not just a matter of the Australia First Party registration, but a matter of a party already registered.

We will not detail other legal-factual issues here. We can only say that the decision is wrong and that it will be fought. It is very likely that new areas of case law may come of all of this, but our interest is just our own.

For the next fortnight, the party has a number of activism projects on hand. We will complete them. However, whilst this is taking place, some members will start the necessary mechanical organizational procedures to get our review and if necessary our appeal under way.

We encourage nationalists outside of the party to consider that the time is now for them to take membership. Australia First Party is not the possession of its leadership, or even of its current members, but rather is the essential historical and political capital for a movement now hearing its voice break upon the Australian political scene.

We encourage Australia First members to provide us with the necessary funding to push matters forward.

We have fought the political battle over the last eight years since we re-founded the party in difficult circumstances. We have had defeats and we have had victories. We have grown ideologically, politically and organizationally.

Rally now, such that we leap this hurdle too.