The Labor Party under Leftist leader-to-be Tanya Plibersek, embraces and celebrates the impost of multiculturalism on ordinary Australians. She has a vested interest, being an immigrant herself.

But for most Aussies, our own traditional cuisine has passed the test of time of our early pioneers and ancestors.  A traditional hearty home-cooked roast dinner with all the trimmings wins over foreign Indian Vindaloo, Thai Som Tam salad, or Chinese Gan Guo, even before the bathroom the morning after.

Is a multicultural diet worth the risk?

As ordinary Australians have had to endure, multiculturalism is more about imposing anti-Australian values on Australians.  Multiculturalism is some loony political Left social re-engineering theory that advocates the impost of foreign, incompatible cultures on the traditional people of a host nation.

Imposing Islam on our modern Western society is one example that prevails in Australia, thanks to the Australian Labor Party and the Australian Greens naively letting in the primitive barbarians.

So then Greens-Labor under the Rudd-Gillard Era (2007-2013) declared multiculturalism should demean Australia as an experimental melting pot of the world’s cultures to somehow live in harmony in a multicultural commune.

Forced marriage and arrange marriage is anti-Australian.  If you want to be barbaric stay out of Australia.

African Muslim, Zali Idy, was forcibly married in the remote village of Hawkantaki, Niger, when she was 12. 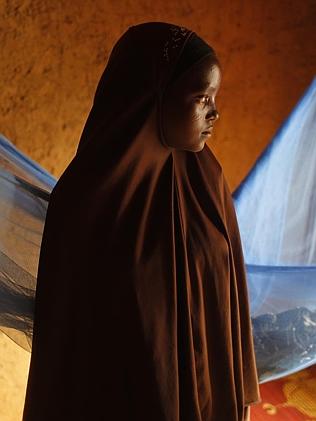 Labor Multiculturalism embraces barbaric practices like forced marriage and female genital mutilation, while at the same time initiating a Minister for the Status of Women

Zali Idy’s African family’s barbarism inflicted upon her is not recognised in Australia.  Her family has breached Australian laws, morals and conditional citizenship criteria.  The family needs to be auto-deported back to their deepest darkest place of evil origin.  Immigrant cultural baggage should not be the burden of Australians taxpayers because our Immigration Department if staffed by foreign ethnics allowing in barbarism.

No-one in the Australian Immigration Department should be foreign-born.  Arabs in Immigration waved through in Arab jihadist Man Haron Monis when the Howard Liberal government was in power in October 1996.

So it was the Liberal Government who let in Iranian arab, Man Haron Monis, as an asylum seeker.  So Abbott dig deeper! 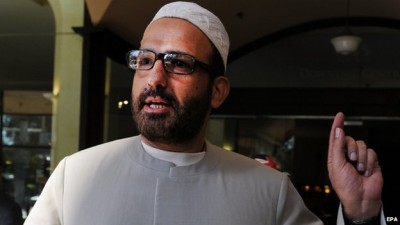 The Liberal Government handed Monis a protection visa to stay in Australia and in 1997 issued Man Monis with a security licence allowing him to carry a gun and renewed his gun permit in March 1998.

In April 2001 – INTERPOL Canberra alerts Immigration that INTERPOL Tehran has advised that Monis (as Manteghi), who they believe is in Australia, is wanted by Iranian authorities for civil ‘fraud-related offences’ and requests advice on extradition of Monis back to Iran.  The Howard Liberal Government refuse extradition because there is no extradition treaty between Australia and Iran.

In October 20, 2004 The Howard Liberal Government grants Man Monis Australian citizenship.  In July 2005 Monis calls the ASIO public line and claims to have urgent information relating to suicide attacks. ASIO meets him on the same day. Monis provides a hypothesis he has developed following the London bombings the week prior. He asks that this hypothesis be passed to UK and US intelligence agencies. Separately, Monis claims he has contacts with information on al-Qa’ida and other similar groups. Monis also calls the UK High Commission, states he is a Muslim cleric and alleges that he has information about the London bombings.

In November 2013 under Liberal Prime Minister Tony Abbott and in New South Wales under Liberal Premier Barry O’Farrell, NSW Police Force arrest and charge Monis with being an accessory to the murder of his former partner. Bail is granted bail a month later.  In April 2014, under NSW Police Force charge Monis with three sexual assault charges, dating back to 2002 and in May Monis is granted bail.  In October 2014 in NSW under Mike Baird, Monis is charged with a further 37 sexual assault charges alleged to have occurred between 2002 and 2010 and granted bail.

Then he jihads Martin Place under the watch of Liberal Mike Baird and Tony Abbott.

Muslims need to be banned from Australia.  Similarly African Savagery needs to be banned in Australia.  No more black gangs with machetes roaming Perth streets!  So the Abbott Government is considering tougher laws after a string of shocking cases including a 12-year-old Muslim girl who was married in a backyard sharia law “wedding’’.

On Friday, a 27-year old man was sentenced to 10 years jail over the case.  The court was told that the man had sex with the child daily after the wedding.

She was examined at The Children’s Hospital at Westmead in Sydney’s west shortly after he was arrested and found to be suffering an ectopic pregnancy and miscarried.

Describing the practice as “cruel and depraved’’, Justice Minister Michael Keenan has vowed to consider new laws to provide greater protection to children.

One option under consideration is changing the definition of a forced marriage to include a presumption that the child cannot consent to the marriage if they are under the age of 16.

Currently, age is not a factor in deciding whether or not a marriage is forced allowing perpetrators to argue that the children are willing participants in the marriages.

In the most recent case involving the 12-year-old girl, the defence arguing she was mature for her age and a willing participant in the marriage.

Justice Minister Michael Keenan said a range of options to improve and clarify the current laws would be considered.

“Forced marriage has no place in the Australian community; it is cruel and depraved almost beyond comprehension to force innocent children to marry someone against their wishes,” he told The Sunday Telegraph.

“We need to ensure that our law enforcement agencies have all the powers they need to effectively investigate and prosecute any perpetrators.

“The Government is considering a range of measures to address the problem of forced marriages which will be announced once the options have been fully considered by Government.’’

The 27-year-old man in the Hunter Valley case was sentenced to a maximum 10 years’ jail in Sydney after pleading guilty to the persistent sexual abuse of his 12-year old “bride”.  Despite warnings from two Muslim religious leaders at a Hunter Valley mosque that the marriage would be illegal he found another Iranian cleric to “marry’’ the couple. 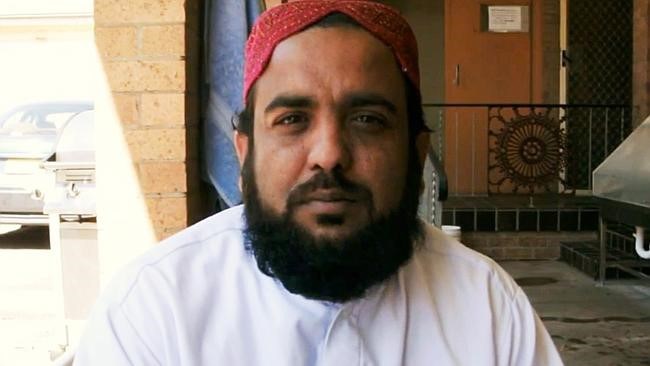 Australia does not need such vile Muslim Scum!

The man, who was in Australia on a student visa, was previously warned by the imams “it is illegal here, you will get in trouble” and “it is not allowed”.  The Iranian cleric pleaded guilty to the offence and was fined $500 and had his religious leader visa cancelled.

The 61-year-old Muslim father, who cannot be identified for legal reasons, “is of the belief he has done nothing wrong.”  He’s a full-blown raghead who sleeps with camels and can only speak desert Arab, but let into Australia by Labor to perpetuate his version of multiculturalism.

Strengthening existing laws would assist police to investigate and prosecute forced marriages amid concerns that some families conspire to protect perpetrators.

Currently, Australian laws define a forced marriage as one where the victim does not freely and fully consent to the marriage, because of the use of coercion, threat or deception.  Somehow age is not a factor, allowing perpetrators to argue girls as young as 12 consented to the marriage.

There are also penalties for engaging in conduct that assists in allowing a forced marriage.

This would also ensure religious leaders and self-appointed officiates were obliged to do everything they can to ensure that marriage is not forced.

Barbaric practices like Muslim stoning, beheading and hand severing (aka Sharia Law) are also banned in civilised Australia. Islam needs to be eradicated from Australia, just like how cannibalism is banned in Australia.  Some barbaric cultures practice cannibalism. 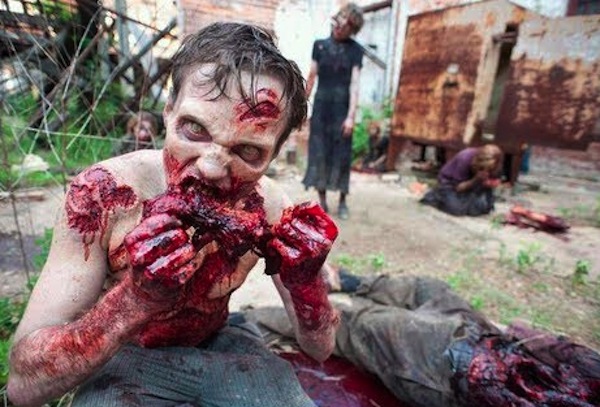 But no, on arrival in Australia, you must obey Australian Laws.

Cannibalism is banned here, irrespective of whether it is part of your cultural heritage!

And don’t go crying discrimination to Julian Burnside neither!

← Same Sex Marriage about Marriage Equality so sodomists can adopt innocent children
Sharia and ‘Western Values’ – are they compatible? →