So another Asian import hears about glorious ‘Big Dangerous Surf’ cranking on the news this morning and so woofs down his leftover takeaway sichuan noodle cold from da fridge.

It’s repeating on him bad but still he grabs his mini-mal and so barney paddles out into Currumbin Alley to catch a hootin left. 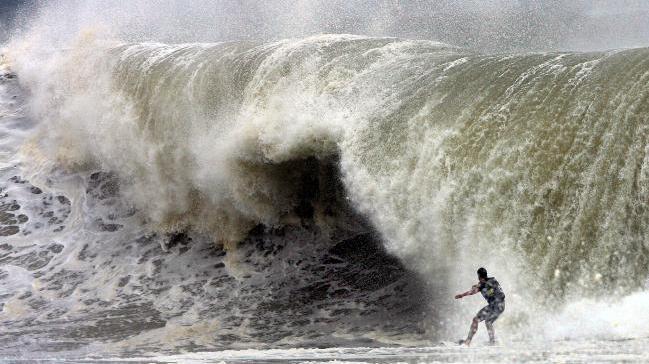 Minutes later, the set’s closing out like a giant diesel dyke clam and noodle eats it.  Next he’s face down and unconscious near tower 14.

An early patrolee gets the call at Tugun and just shakes his head.  “On a mal?”  So he paddles out, chucks noodle-sun on his board, rides him in and gets chest pumping quick smart.

Up comes the salt water and sichuan.

Then paramedics arrive and now noodle’s in Gold Coast University Hospital on a strict diet of Kellogg’s NutriGrain.