Our Australian nation is the world’s luckiest.  This is a universally accepted fact.

Yet those ignorant of our history, know nothing of the hard toil and sacrifices made by our forebears so that we may enjoy our current fortunes.  Those blissfully ignorant are dangerously complacent.  It only took electoral boredom and a ‘Whitlamesq‘ election campaign to install Kevin Rudd and his popular promises.   He then squandered the nation’s public wealth reserves in just six years.   It was as if he was a mandarin sent from communist China to weaken us. 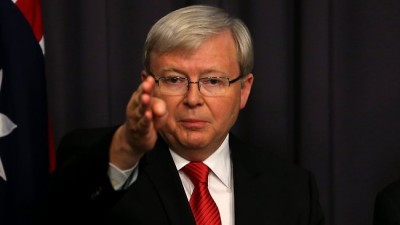 Labor’s decadent party is over. Them and their socialist-Left alliance that had infiltrated The Greens movement – unravelled Australia’s wealth, its resilience, its industries, sovereignty, its borders, and had a good go at undermining the Australian identity.    Labor-Greens socialist Left treachery brought Australia from self-financed prosperity to the edge of our First World status and to the brink of a debt-lead recession within six years.  To Christine Milne, Australia is a rich country, so rich that we should be the Third World’s charity and invite the hoards until we dumb down to Third World “equity”.

These enemies within are real and dangerous to our independent wealth.

Australia has become a vulnerable economy because it is now an economy dependent on the whim of foreign interests outside our control.  International prices dictate our resources sold as low value commodities.  We have no say over international prices for the fuel energies we now mainly import or for the foods, clothing, vehicles, machinery and industrial equipment we need to live.  Most of it is no longer made in Australia, thanks to the con of “Free Trade” and the floating dollar.

By removing Australia’s protection from multinationals, our economy became volatile and unpredictable.  Our decent wages were eroded, and Australians were at the mercy of cheap import dumping below cost, of price rises and from unsustainable competition.  Australians became dependent on banks instead of being self-sufficient, and then Keating Labor sold off our people’s bank for Labor cash.   Labor’s Button Plan may as just as well been about getting Australians to make buttons. 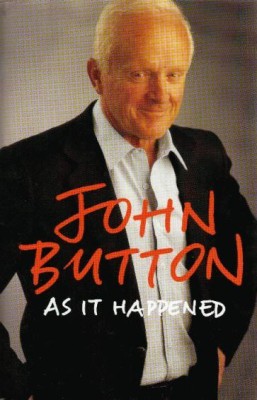 The demise of our wealth undertaken by concerted Labor policies, has been supplanted by Liberal polices of selling the farm to largely foreign corporates.   Treasurer Joe Hockey’s “Budget Repair” sell is all about reaping cash from selling off public assets that quite frankly the government has no right to sell.

Hockey’s “Asset Recycling Initiative” is just political spin for “privatisation” – aka ‘selling the farm’.   How can the electorate criticise their contrived policy branded an “initiative”, let alone criticise a “recycling initiative”?   The spin message is that the public assets are not being sold.  Nah! Instead they are being recycled.  Forget the perpetual guaranteed income streams that these public assets draw from being monopolies.  We’re talking the now, while we’re in government for just three years.  We’re here for a good time not a long time! 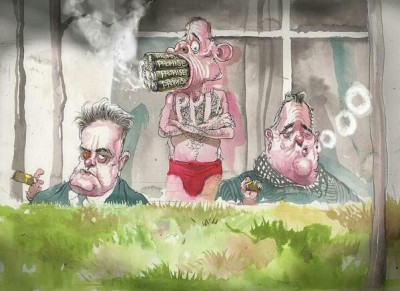 The National Partnership Agreement on Asset Recycling signed on May 2, 2014 was a funding blackmail con to the states.

Instead of being frugal, the Liberals are following Labor spendthrift of taxpayer wealth to come good on the pet polly pre-election promises and those made to their corporate political donors.   LibLabs are chronically afflicted by fiscal laxettes.  With the treasury ransacked by Labor, in order for the Liberals to fund their round of spending, they’re flogging off Medibank Private, and state assets like port facilities and privatising public infrastructure like motorways.

Our concerns back on April 3, 2014:  https://australiafirstparty.net/offshoring-australian-oil-refineries-undermines-australias-fuel-energy-resilience/

Australian independence means us being self-sufficient with the basics and that necessitates ensuring prudent onshore reserves of accessible energy (fuels and electricity supply).   Australia has considerable raw reserves of oil, gas, coal and uranium, but it allows foreign multinationals to extract, export and profit from.

Yet there is a widening disconnect between Australia’s stock of raw energy and the domestic availability of usable energy for industry, transport and households.   Exploitative foreign multinationals are treating Australia as a quarry slut.   The Chinese are busy building their own “food basket” in the 6% of Australia that is arable.  At the same time, multinationals are shutting down their refineries, power stations and steel smelters in Australia. 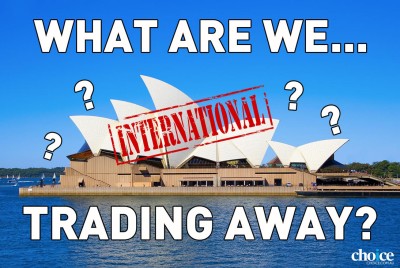 Industry bodies such as the National Roads and Motorists’ Association (NRMA) and Engineers Australia have recently been raising concerns about Australia’s lack of oil independence, and the risk of running out of fuel onshore to meet our national domestic demand.    An NRMA-commissioned report by retired Air Vice-Marshal John Blackburn, in 2013 found that Australia imports 91 per cent of its fuel, up from around 60 per cent in 2000.

Blackburn said, “Fuel actually underpins our economy and our way of life. Without fuel, we don’t survive.  This is a national security, a national survival issue in the longer term.”

In October 2014, independent senator John Madigan called for the inquiry into the dire state of Australia’s liquid fuel security.    Australia only keeps an estimated 23 days’ worth of fuel in the country.

Australia is on track to be completely dependent on overseas fuel by 2030.  Australia is dependent on liquid fuel in transit, and this supply is vulnerable because the transit is routed through regions of geopolitical instability such as the South China Sea.  Should regional conflict disrupt Australia’s wholly dependent oil supply chain, Australia will run out of fuel within weeks. 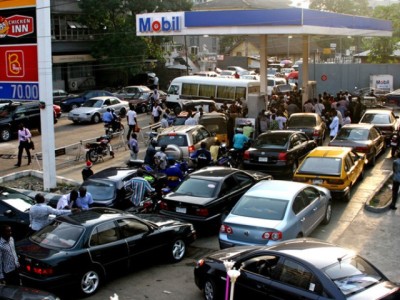 Abbott is no scholar of history and so probably has never read about the 1973 Oil Crisis and its stagflationary impact on Australia’s economy.  Abbott grew up in a sheltered life on Sydney’s wealthy north shore.  Being a laissez-faire follower, he will likely let history repeat.  Abbott listens to his economists, and they follow economic theories.   Domestic fuel supply is a national security problem.  It is not an economic problem until it runs out.

With growing demand for liquid fuels and a continued “hands-off” approach from government, by 2030 Australia is on track to find itself with no refining capacity, less than 20 days’ worth of liquid fuel stocks, and entirely at the mercy of the international oil market. 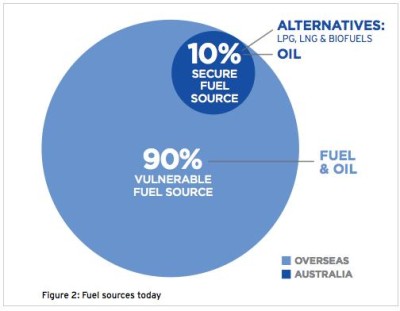 Abbott continues to listen to his industry minister Ian MacFarlane, the eternal optimist, who ignores foreign competition undercutting the export pricing of Australia’s coal, liquid natural gas (LNG) and minerals.   Perhaps Abbott is only a PM for the good times, while international markets are kind to Australia.

Since Tony Abbott’s Liberals came to power in September 2013, they have let Australia’s automotive industry go to the wall.  Abbott has turned his back on Australian science and innovation.  He has cut $140 million to the CSIRO and 900 jobs are set to vanish – many science jobs probably to overseas.

Australian manufacturing has been in decline since Whitlam started removing policies that protected Australian domestic industry and our decent sustainable wages.  Exports became the lure of oversupply, but the cost was import dumping below the cost of Australian decent wages to compete.   Australian living standards have not improved because most ordinary Australians have lifetime mortgages, long work hours, starved of quality time and are now denied the Great Australian Dream of owning a modest house and plot of land – the quarter acre block.

In early December 2013, GMH announced that it would cease making Holden cars in 2017. Ford had announced in May its intention to shut down its two plants in 2016. In February 2014 Toyota sealed Australia’s auto-manufacturing fate.

Leftist economist Ross Gittings claims that the death of Australian manufacturing is nothing to whine about.  He also argues for more immigrants to make up tax revenue to fund retiring Australians.  Socialists would have us with no industry, no markets, no capital, no business, no borders and overrun.

Abbott the follower, may mean well but he is following bad advice and he is following Julia Gillard’s Asian Century vision for Australia to bend over, give up and be dependent on the whims of some Asian-standard Century. 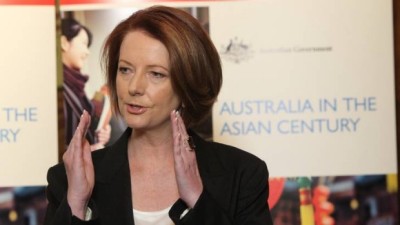 PM Gillard:  “I can gift this much of arable Australia to Asia”

ICAC has just proven that Gillard was unfit for public office let alone fit for Parliament.

At Australia First, we have the confidence in Australia for it to lead an Australian Century – to put Australia first, not Asia.   Australia can pay down its debt by not spending on non-Australians by:

Australia as a nation, then needs to be self-sufficient in energy and industry.  We need to value add to our resources. Australia needs to reinvigorate its industry benefiting from low-domestic energy costs, to technologically innovate and by our national government helping Australians, not foreigners, to do things smarter. 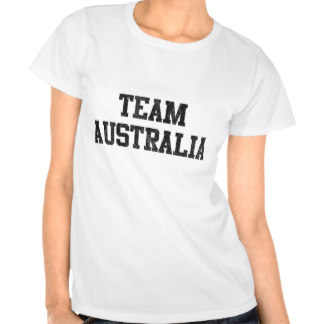