Culturally here, it’s a traditional time for family, holidays and doing stuff around the house.  But it’s not the time for what ‘politically correct’ anti-Australians term “happy holidays”.  No, it’s Christmas, so bring out your decorations! 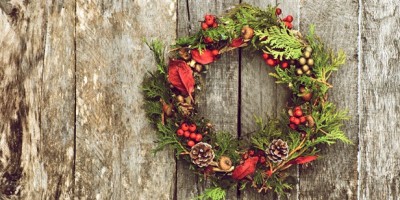 A tolerant easy-going lot, Australians respectfully understand that everyone can do Christmas in their own way, whatever.  Many even have to work or choose to, or do noble charity work for the local community – commendable.

For those doing stuff around the house, many would have turned on the radio.  The test cricket series against India was always going to be a wipe out, but switching to other ABC channels all that was on was programmed re-runs.  Despite all the news going on at present, our taxpayer-funded ABC radio and TV has sent its staff on two months taxpayer-funded leave – an extravagance it can no longer afford.  CEO Mark Scott is running repeat programming from mid-November to mid-January – happens every year.   Australians only get ten months of broadcasting value a year.

So while doing stuff around the house, one tunes the radio dial to the ABC only to hear some re-run of Islamic propaganda on ‘The Spirit of Things’, which was first broadcast back in February 2014.   When it comes to foreign Leftist propaganda, to Leftist Mark Scott, there’s no such thing as too much propaganda.  It’s called multiculturalism and its apparently good for us.

ABC host Dr Rachael Kohn in her programme Growing Up Muslim is interviewing three Muslims – Sabrina Houssami, Randa Abdel Fattah, and Tanveer Ahmed.  Not only are they complaining of how problematic it is being Islamic in unIslamic Australia, they expect Australians to embrace foreign Islamism. Fattah evangelises that Muslims should “use their faith as a platform for change“.

Unbelievable.  She was born to foreign Muslim parents who came to Australia and who chose not to assimilate into our Australian culture (thanks to government multiculturalism), but to impose their imported foreign culture and religious dogma upon their children.  Islamic victim Fattah, was denied growing up Australian.  According to her book, her patriarchal upbringing forced her to attend a Muslim school and wear the hijab, and shun secular Australia.  It was incarceration, child abuse and Fattah’s book reveals her emotional scarring.

It is one thing for easy-going Australians to be expected to be tolerant of those immigrants hanging on to their cultural differences.  But it is unwelcome by any society to cop foreigners evangelising their cultural dogma down the throats of one’s host nation.   As if Mormons knocking aren’t enough?  Muslims are using the mainstream media like the ABC to propagate their Islamic message.  It is a form of unarmed invasion and we are right to tell ’em to bugger off!

Tolerance in Australia is about Australians being tolerant of others, but tolerance is mutual.  If unAustralians don’t like Australia, there’s always ISIL and apparently the cull rate over in northern Syria is the same as the recruitment rate.

Fattah, who describes herself as a “Muslim Feminist” on the ABC radio said she expects Australians “to respect women’s right to choose wear the veil“.  How oxymoronic!  At the same time, Fattah in her ABC radio interview confessed that she had hypocritically rejected Australia’s established legal fraternity’s cultural norms.  She considers not being able to wear the veil as a lawyer at the bar as “explicit discrimination“. 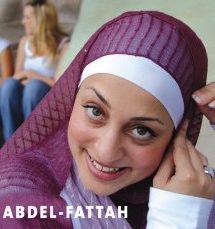 Wants her cake.  Wants to impose her dogma on the rest of us.

Rules for some.  Western jurisprudence is somewhat less discriminatory than Islamic jurisprudence.   Isn’t Islamic Justice a tad discriminatory?  Fattah, try your gender equality mission or achieve your career expectations in an Islamic society, dumb bitch.  Step into a real Islam country and wake up! 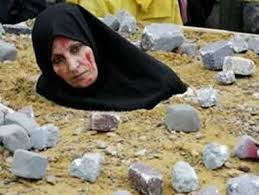 Fattah is a bigoted hypocrite.  She joins the chorus of Insular Indignants wholly ignorant of how lucky they are to live such a free, open, democratic and civilised society that is Australia.

When in Rome, do as the Romans do.  When Australians visit the Middle East, they sensibly do not walk along beaches in Speedos or bikinis out of respect for local Islamic cultural sensitivities.   Visitors to most Muslim countries are advised to cover up. In Saudi Arabia, for example, women should wear “conservative, loose-fitting clothes as well as a full length cloak (abaya) and a headscarf,” the Foreign Office states. “Men should not wear shorts in public.” In Egypt, Britons are advises to “dress modestly, especially in rural areas, mosques and souqs (markets). Women’s clothes should cover the legs and upper arms. Men should cover their chests.”

In 2010, a British woman was arrested after she stripped off to a bikini in the Dubai Mall following an altercation with a local who complained about her wearing a low-cut top.

So when in Australia, do as us Australians do.  On Bondi Beach its normal for blokes to wear Speedos and women bikinis – or board shorts and a full piece are equally fine, but expect to be ridiculed in a burqa, and a burqini is just as silly (see below).

In France, they’ve actually banned the burqa because it violates the choice of French  society to live together and to respect women’s dignity. 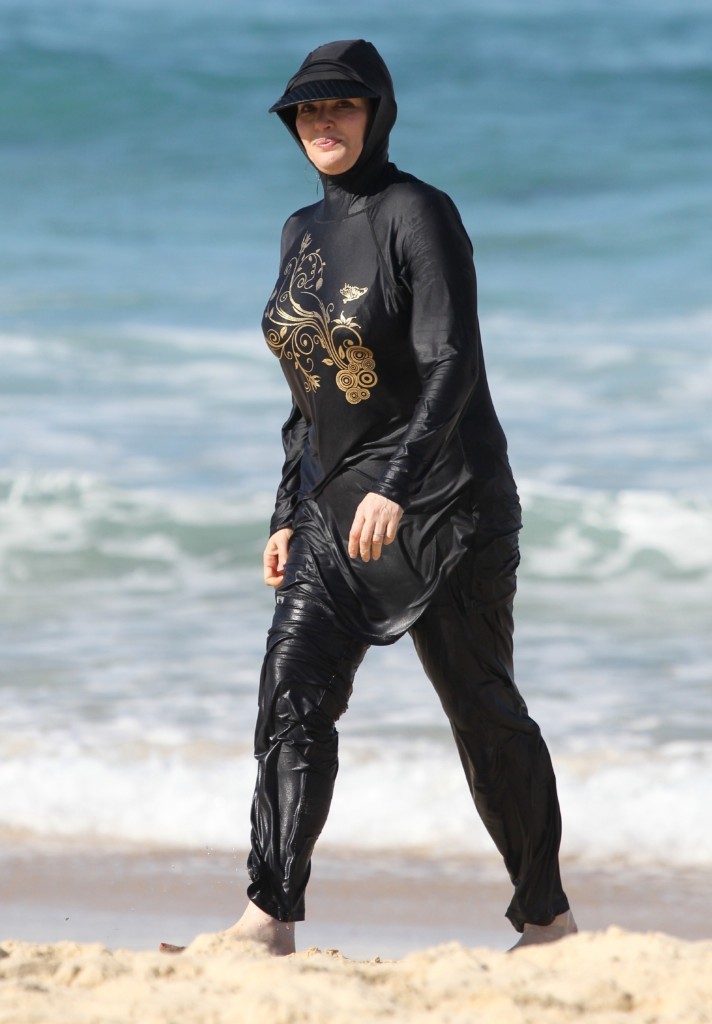 Islam is rejected by ordinary Australians not out of fear, but out of contempt for its insistence on submission, its primitiveness, its barbarism and its backward patriarchal persecution of women.  “Islamophobia” is an artificial construct by the hypocritical excusers of Islam.   Sure, nutjob jihadists with sharp knives and AK47s deserve to be feared by Jordanian pilots shot down over Islamic State.  But dozens of men bent over on prayer mats or cringing at Nigella Lawson in a burqa on Bondi Beach are not sources of fear, just deserved subjects of rolled-eyed ridicule.

Islamophobia in reality is “Islamocontempt“, contemptible just like cannibalism.  The only “phobia” exists when Sharia persecution is set to be unleashed on victims of Islamic terrorism like by that inflicted by Sheik Man Horan Monis on Sydney chocolate shoppers.  Perhaps “Islam” and “terror” are indistinguishable.

But phobias are a clinical psychological disorder.  Propaganda constructs like “Islamophobia” and “Homophobia” are language euphemisms constructed by deviants desperately seeking mainstream credibility and acceptance.  They posit:  “you criticise my deviance, you must be phobic!”   Yeah right, Islamohomo. Good try.

And the Five Pillars of Islam are unAustralian.  Take Islamic “Shahadah” which declares that there is no god except Allah, and that Muhammad is God’s Messenger.  This is like denying Christianity has a right to exist.  This is contrary to Australian traditional values – based upon a liberal interpretation of western secular Christianity and modern ethics.  Take Islamic “Salat” mandating ritual prayer five times a day.  How ancient, primitive and irrelevant to the Australian way of life!    As for Islamic “Hajj” mandating pilgrimage to Mecca – whatever.  But the Quranic chapters (“suras”) and verses (“ayahs”) prescribe behaviours that mostly contravene Australia law.

Australian law must prevail in Australia.  Islam is an evil cult and has no place here.  Indeed Australia needs to follow the Canadian lead and adopt a Zero Tolerance for Barbaric Cultural Practices Act.  This law demonstrates that Canada’s openness and generosity does not extend to early and forced marriage, polygamy or other types of barbaric cultural practices. Canada will not tolerate any type of violence against women or girls, including spousal abuse, violence in the name of so-called “honour”, or other, mostly gender-based violence. Those found guilty of these crimes are severely punished under Canada’s criminal laws.

If Islamists don’t like it, don’t accept it, and don’t follow Australian law, then they represent an outlaw cult in Australia.

So what aspects of Islamic barbarism does Randa Abdel Fattah accept and reject?

How barbaric?    How Islamic?

Does Fattah realise that her mishmash interpretation of Islam could construe leaving Islam, which under Islamic law is a sin and a religious crime – once any man or woman is officially classified as Muslim, because of birth or religious conversion, he or she will be subject to the death penalty if he or she becomes an apostate, that is, abandons his or her faith in Islam in order to become an atheist, agnostic or to convert to another religion.

Time to switch off the ABC, put the budgie-smugglers on and head down the beach. 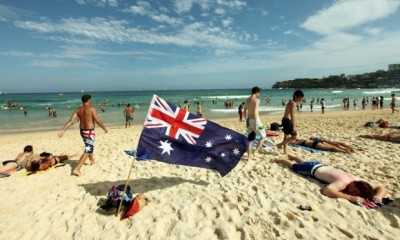 What next?  The Muslims will try brand our flag racist in our own country.