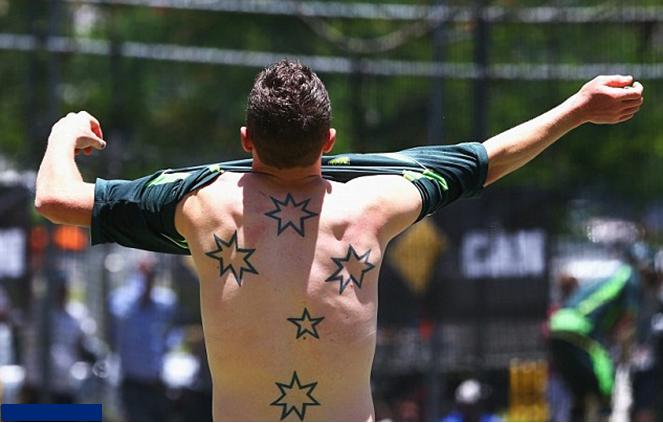 Southern Cross Appreciation Society: “To be a member, you don’t have to do anything: it costs nothing and you just have to be a good bloke.”

In 2013, when asked about their level of pride in Australia, 39% of Australians said they were very proud and that hadn’t changed, 31% said they were proud and getting prouder, and 23% indicated that while proud, they were less proud than they used to be.

The Australian flag has the nation’s vote for being the image or symbol about which we are most proud. 95% of Australians take pride in the national flag, which is enjoying increasing popularity, with half (50%) saying that they are extremely proud.  While Australians have always been understated in their patriotic expressions, the overwhelming majority are very proud of this nation, and the sense of pride is either growing, or at least unchanged for most.The connection with the Australian flag is also notable – the highest response to it is “extremely proud” and it is the most embraced Australian symbol. 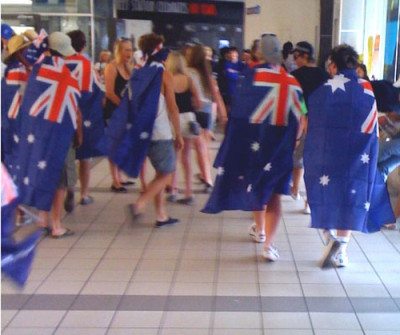 The overwhelming majority of Australians, 8 in 10 (83%), say there is no other country they would prefer to live in.