Australian passengers on regional airlines beware that if your plane now crashes it will be because Gnats Barnaby Joyce ordered cheap Third World pilots into Australia just to prop up tourism numbers.

Third Worlders can’t drive, what makes Barney think they can fly planes?  Australia has thousands of unemployed quality and experienced pilots.  So who’s side is he on?  But then did the chinese finance his electoral campaign?

Now “inbred with a tomato” Barney as Transport muster is letting in cheap Third World pilots to fly regional routes in Australia who can’t even speak Engrish propry. 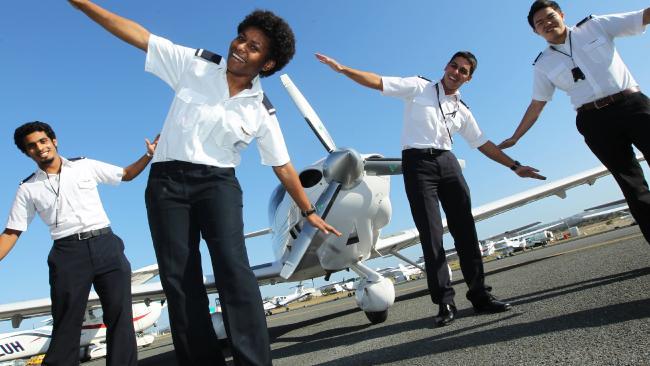 The reports of Australia having a pilot shortage is fake news.  The truth is that low-cost airlines won’t pay decent wages. The truth is that low-cost airlines won’t train pilots to fly their aircraft, despite thousands of Australians having spent up to $100,000 of their own money to get qualified to fly.  But airlines in Australia like QANTAS, Virgin Australia and Rex Aviation no longer train pilots in cadetships to get the required “tickets”.

Australian and International Pilots Association’s President Murray Butt said the cost of training was a big deterrent.  “It’s not that attractive to meet the expectations of the younger generations,” said Captain Butt.  “Most want to reach a reasonable income within a reasonable time frame and that can be difficult to achieve with a $100,000 debt.”

Aviation consultant Neil Hansford said there was no shortage of women interested in aviation but training opportunities for pilots left much to be desired.  He says many of Australia’s pilot training schools have been filled with foreign students (mainly chinese) who would return to China and India to work for local airlines.

“If they train in their own countries, the licenses they achieve don’t have the international recognition of an Australian licence,” said Mr Hansford.
“The other issue for our students is the cost. What other profession requires someone to spend up to $150,000 on qualifying, and then go into a $40,000 a year job?”

Of those Australian pilots who make it into an airline career in Australia, many have been poached by foreign airlines paying higher wages.  For instance, China’s regional carrier Qingdao Airlines promises as much as $US318,000 ($415,000) a year.   Whereas Australia’s regional carrier Rex Airlines requires its pilots work 6 days straight for just $88,000 base salary, plus $12,000 in allowances. 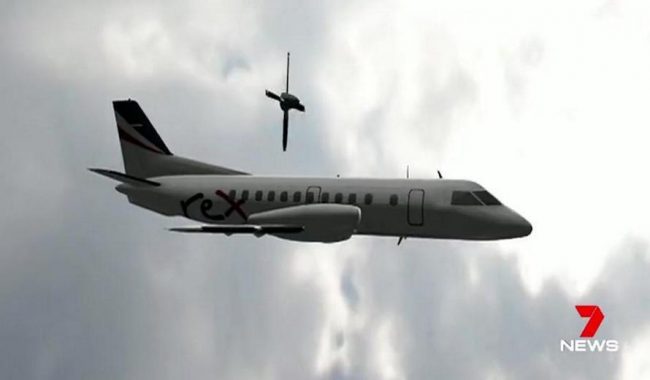 Rex’s chief operating officer, Neville Howell, said a propeller falling off is an extremely rare event.  Mr Howell later praised the crew for showing “enormous composure and discipline under extraordinary circumstances”.  Thankfully, the aircraft was being flown by Australian pilots. Asians would have crashed before losing face.

The following Friday another Rex Airlines flight 821 made an emergency landing at Dubbo Airport in New South Wales in response to a passenger reporting flames coming from an engine. 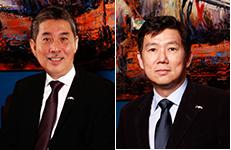 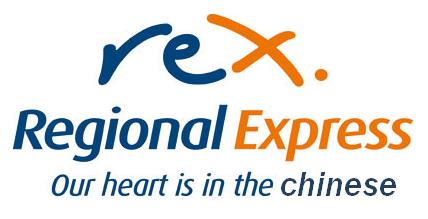 Civil Aviation Safety Authority figures show the total number of licensed airline pilots in Australia has remained at 7400 in the last five years, despite predictions by aircraft manufacturers another 245,000 will be needed in the Asia-Pacific by 2035.  In Boeing’s most recent forecast, it predicted an additional 533,000 commercial airline pilots would be needed between now and 2034 and 584,000 maintenance technicians.  Almost half of those, or 261,000, will be required in the Asia Pacific region where much of the growth is occurring due to economic changes in China and India. 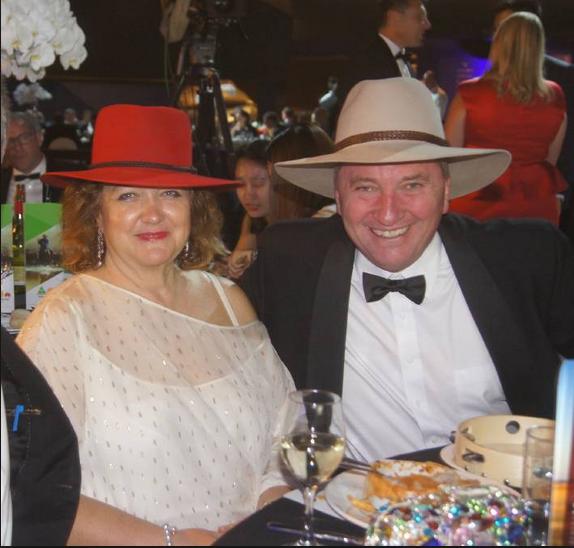 Big business lapdog Barney mixing it with Australian farmers in Canberra, not

For years, Civil Aviation Safety Authority (CASA) has let dozens of Australian pilot schools get taken over by chinese to train chinese pilots to fly back in China.  Canberra probably calls this ‘export’ to artificially inflate its economic statistics.

Merredin aerodrome, 260km east of Perth, is effectively under the control of a Chinese government enterprise, the state-owned China Southern Airlines. Under a secret deal in 1993, the company paid the princely sum of $1 to the West Australian government to lease the airport for 100 years as a base to train thousands of Chinese pilots.  The training school, which has suspended operations after CASA raised safety concerns, is one of several Chinese-owned aviation colleges in Australia. China will need an extra 110,000 pilots by 2035 but it relies on other countries for training because of its heavy smog, military-controlled airspace and a lack of English-speaking instructors.

Already China Eastern Airlines has partnered with the CAE Oxford Training Academy in Melbourne, and Hainan Airlines has teamed up with Port Macquarie’s Arena International Aviation.  China Southern West Australian Flying College operates out of Perth with the sole purpose of training cadets for the Guangzhou-based airline.  Next year, the first Australia Asia Flight Training college will open in Glen Innes, and the Airline Academy of Australia recently opened a second campus at Toowoomba’s Wellcamp Airport.

Former CASA boss Dick Smith, a commercial pilot himself, blames systemic failed policy out of Canberra dating back decades for the mess. He says skyrocketing regulatory costs and pointless red tape are forcing flying trainers to sell out at bargain rates to the Chinese. As a result, general aviation flying hours, including training, have fallen by 40% in five years.

CASA bureaurcats in Canberra have over regulated Australian aviation, making it nigh impossible for flying schools in Australia to afford to train pilots to airline standards.

Australian aviation woes began with the 1989 pilots’ strike for decent wages in the wake of the International Air Transport Association’s globalist socialist move to low cost carriers, so that Third Worlders could fly.

Since 1992 CASA has banned independent flying instructors Australia-wide.  Executive Director of the Aviation Maintenance Repair and Overhaul Business Association (AMROBA) Ken Cannane, says CASA won’t allow independent flying instructors. When we did have them, young people used to go out to the local airfield to learn to fly. Now they can’t do that, so they don’t get involved with aviation. This has caused a decline in aircraft usage, and a loss of flying hours means a loss of business to aircraft maintenance, repair and overhaul companies.

CASA in its 2008 annual report announced establishment of a task force to examine the impact of pilot shortages on regional airlines and low-capacity regular public transport operators.  So it has known about the problem for a decade.

One of Australia’s most experienced flight trainers, Glen Buckley, head of Melbourne Flight Training, says he has just spent $700,000 to comply with new CASA regulations and that the impost almost broke him. Mr Buckley has received repeated offers from Chinese companies to buy part of his business, as have flight trainers at Bankstown, west of Sydney. Aircraft Owners and Pilots Association chief executive Ben Morgan, who believes more than half of flight training in Australia is carried out by foreign companies, wants CASA to allow independent instructors, similar to those who train most US pilots, to play a greater role. 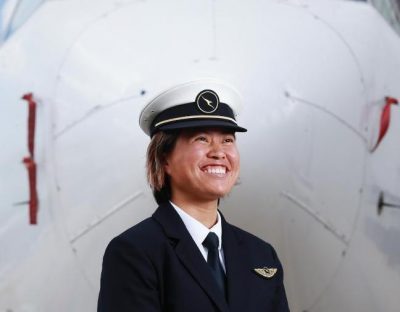 Qantas pilots have questioned the quality of pilots that will be coming in under the new visas, while warning about the increasing foreign ownership of Australian training schools.  Murray Butt, president of the Australian and International Pilots Association which represents more than 2000 Qantas pilots, told The Australian that the decision, signed off by Home Affairs Minister Peter Dutton, was a stopgap that did not address the real issues.

“Bringing in foreign pilots is definitely a very short-term fix and, given the market, I’m not sure of the quality of the pilots they are going to get.”

Most of Indonesia’s airline accidents have involved pilots who tested positive for drugs, including a Lion Air jet that slammed into the sea four years ago while trying to land on the tourist island of Bali. The low cost Lion Air Boeing 737-800 aircraft while on short finals to land at Denpasar’s Ngurah Rai International airport on 13 April 2013 was piloted by an Indian national.

September 26 2017, Jeffrey Li (a chinese with an Anglicized first name) was practicing flying a single-engine plane around Brisbane’s Archerfield Airport when he spiraled out of control  and crashed, killing himself and his instructor. 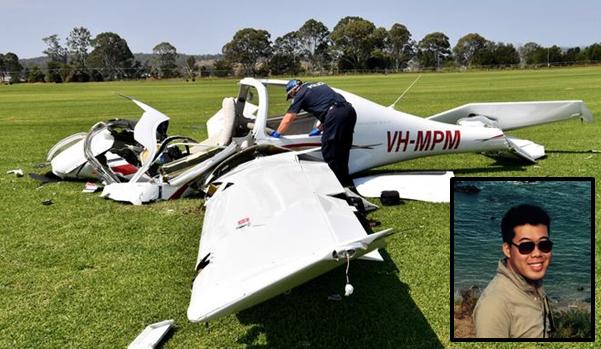 Comment by Geoffrey:  “The last thing we need in this country are Chinese pilots who would rather risk an unsafe take off or landing rather than abort and think they were losing face.” 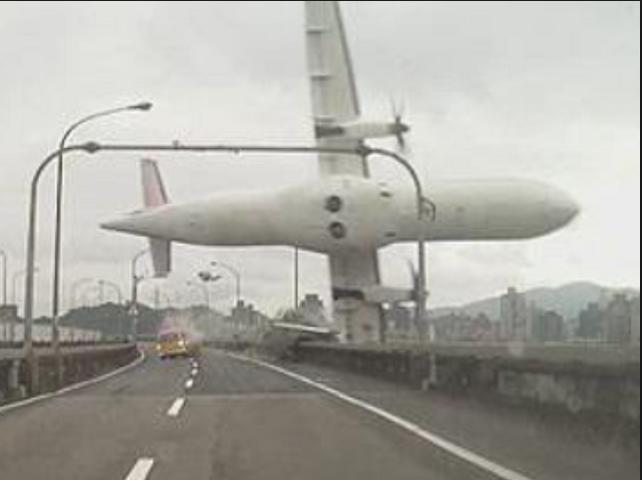