It’s a bloody insult to our Diggers!

When limp-wristed brass under enemy fire hide in their tents only to later claim Gallantry and DSO’s for glitzy chest medal egos, no wonder our front-line soldiers puke, get plastered and depressed!

Brass is inglorious filth.  Read Long Tan until you can find no more books!  Read Harry Smith and Paul Ham.

Australian Vietnam War hero, Major Harry Smith, is right to hold to account Australian Regular Army brass of fabricating their inglorious citations with “mythical statements” after the battle of Long Tan.  These poncy elitists self-aggrandized themselves with battle honors stolen from their Diggers so they could bask in sanctimonious pomp at any Naval and Military Club.

Smith, now in this 80s, spells it out in his new book ‘Long Tan, The Start of a Lifelong Battle‘. 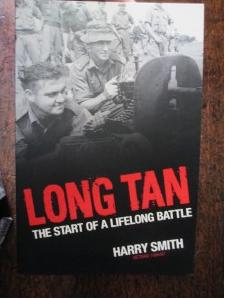 Mr Smith has fought for justice for his men for almost half a century and his book claims the Task Group commander, the late Brigadier Oliver Jackson (DSO), and Battalion commander, the late Colonel Colin Townsend (DSO), falsified accounts of the battle.

“In 2007 Prime Minister John Howard sent me a 150-page dossier about Long Tan awards, which contained Townsend’s citation for a GRVN Cross of Gallantry with Palm,” Smith writes.

“In this citation it said, in part: ‘His (Townsend’s) personal presence and calm control of the battle inspired confidence in all ranks and enabled the battalion to inflict an overwhelming defeat on the enemy despite their greater strength as is attested by the large numbers of enemy dead, weapons and equipment left on the battlefield.’

“This is untrue; he did not control the battle as he was not there. It was a complete fabrication.”

He also said that the official battle report extended the end of engagement from 7.10pm, when the enemy withdrew to the midnight casualty evacuation, to make it appear Colonel Townsend was actually in a “hostile” area and therefore eligible for the DSO.

“This is like saying that World War II ended when the troopships arrived back in Australia!” Smith writes.

During the entire Vietnam War just 22 private soldiers were given gallantry medals while some 150 officers were given high awards.

This included several Brigadiers at Task Force Headquarters, well away from the front lines, who received Distinguished Service Orders (DSOs), then second only to the Victoria Cross.

Due to the skewed quota system at the time half of Mr Smith’s recommendations for diggers in “actual combat” were downgraded and half were ignored and even a South Vietnamese award was denied to the men of Delta Company.

However nine other decorations remain unresolved, including a Victoria Cross for his Company Sergeant Major, the late Warrant Officer Jack Kirby. 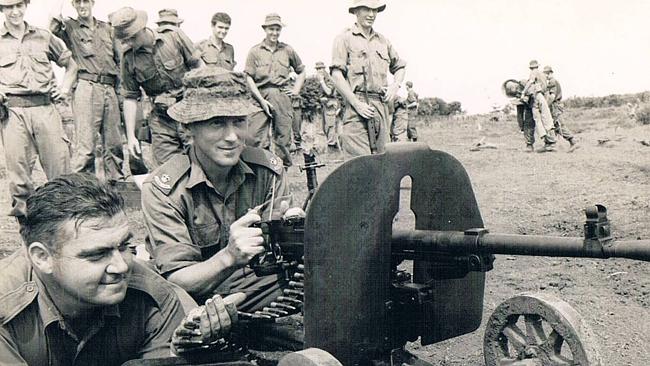 On page 564 the Official History of the Vietnam War states, “The number and degree of awards for Long Tan were little short of insulting for the heroism displayed.”

Mr Smith said the “generals’ club” not only covered up the lies but it also conspired through two formal reviews to deny justice to his soldiers.

He said it was ridiculous that both reviews found that “no maladministration” had occurred regarding the honours awarded for Long Tan.

In May this year the Honours and Awards Review Tribunal agreed to conduct yet another “application for review” of the decision by Defence to not review the awards.

Defence has until September 1, (National Wattle Day) to reply to the Tribunal before a public hearing is held to consider the matter.

Mr Smith’s book will also feature prominently in the Tribunal’s deliberations. Maj Smith’s book, ‘Long Tan, The Start of a Lifelong Battle’ is published by Big Sky Publishing and retails for just $29.99 Aussie.

..”547 Sig Troop was a small top-secret unit at HQ ATF at Nui Dat, a group of about 15 men in a tent with HF radios, led by a Captain Richards, whose role was to intercept enemy radio transmissions and advise the deductions only to Brig Jackson and his close Staff, ie. Ops Officer Major Hannigan and IOs Major Rowe and Captain Keep.

On 29 July 66, Richard’s radio team locked onto morse code signals from the VC 5th Div’s two Regiments, 274 and 275.  275 Regt was then located north of Xuyen Moc, 22km east of Nui Dat, 274 Regt to the NW/N. The radio traffic indicated North Vietnamese units had joined in and they were all preparing to move. In subsequent days the 275 Regt HQ Radio was tracked moving west from north of Xuyen Moc at about 1km a day until it stopped just north-east of the Long Tan rubber on 14 August.  The radio map is shown in the Official History “To Long Tan”, page 310.

Despite the evidence, Brigadier Jackson could not be persuaded to believe the enemy was approaching to attack ATF, even though Captain Mike Wells (2 Commando on FTD), AATTV at Hoa Long, with units of 10 ARVN Div, told frequent ATF Conferences that ARVN Agents reported the VC 5 Div was moving down to attack the Australian Base.  He dismissed various reports of enemy movements as being ARVN or own Troops. SAS did not locate any significant movement. He said the 275 radio was “just the HQ doing a recce”.

Jackson claimed that any suggestion of an attack on his base was “preposterous”. Colonel Townsend is also on record (before this event) as saying “the enemy would not be so stupid as to attack our Base”. All “famous last words”. You might recall we were sent up from Vung Tau to Nui Dat a week ahead of schedule because of rumours of a VC attack. The Diary of 274 Regt indicates they first considered attacking Nui Dat from the north, then later ambushing 5RAR in June.  They set an ambush for 5RAR which was supposed to go out to investigate a plane shot down, but they did not go out as the wreckage could not be located from the air – lucky.

There was a problem at HQ ATF in that Keep by-passed Rowe and spoke direct to Jackson and thus Rowe and Keep were at odds. Keep was unwell, not impressive, and then appeared to suffer a breakdown. He was incensed with the importance of the intelligence but could not get Rowe or Jackson to comprehend it’s significance. Keep let himself go to the pack in his personal hygiene and dress and was sent off to Vung Tau hospital and flown to Malaya on the 15th.

The version in Paul Ham’s book is that he was moved out to save him from a Court Martial offence for homosexual advances to Gp Capt Raw, the senior ATF RAAF Officer with whom he shared a tent. Then Rowe was sent to hospital on 16th with Hepatitis, so both ATF Int Officers were unwell and had departed by the night of the 16th. 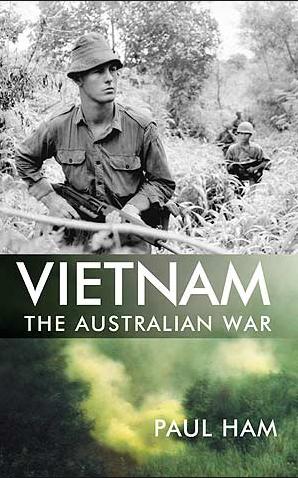 Jackson long-ignored wire and minefield defences for the undermanned Base and even after the mortaring on the early morning of the 17th he still allowed the Concert to go ahead. He told none of his other Staff, nor the 5 and 6 Battalion CO’s of the enemy intelligence. Captain Mollison claims in his 2005 book that “he” knew, and had the IO brief his Alpha Company about it on the 15th, but in Paul Ham’s book Page 216 that is shown as being untruthful. No one outside four officers at HQ ATF knew. IO Brian Wickens denies briefing A Coy about it, as he did not know.  CO6RAR was also in the dark.  No one at HQ ATF wanted to tell the world they had a signals intercept unit on air lest the enemy got to hear about it and changed their radio habits? The enemy probably knew anyway. They had agents and spies around Nui Dat.

What is staggering is that not a whisper about an enemy regiment being tracked to east of the Long Tan rubber on the 14th was ever passed on to the two Battalion COs or more importantly, to the Company Commanders of patrolling companies in the area, ie. Alpha, Bravo and then Delta.  Despite the top-secret rating, one would think Jackson would have whispered it into our CO’s ear, and suggest we be very careful ? Further, why didn’t he send SAS Patrols out to the SE Nui Dat 2 area ?

Some of his Staff believe Jackson’s cavalier attitude and conduct amounted to grave neglect and possibly a dereliction of duty (Paul Ham’s book Page 214). Indeed, when I discovered all this from the AWM Historian circa 1989, and still saddened by the loss of my 17 men, I was to suggest he should have faced a Court of Inquiry rather than be decorated with the DSO for his able personal direction of the Battle.

..It is now obvious the enemy, now known to be five battalions (three of 275 Regt; NVA806, and D440), plus supporting arms and troops, like Mrs Phoung’s medical evacuation unit, was hiding in the jungle east and northeast of the Long Tan rubber to the south-eastern side of Nui Dat 2 and did not wish to be seen lest it upset their secret plans to attack Nui Dat base on the night of the Concert.

Delta Company had patrolled near Nui Dat 2 and back through the rubber on the 15th and saw nothing – lucky.

Bravo patrolled into the rubber on the 17th and morning of the 18th and saw no enemy – lucky.

A Coy to the north had small contacts and was almost down to the bottom of Nui Dat 2 when it was ordered to return – lucky.

The large enemy force of at least some 2500 troops would have covered a large area, at least a kilometre, if not two, and we found some of their trenches east of Long Tan. D445 was probably the “meeters and greeters” and guided 275 Regt units into hides and indicated the large rice caches just east… 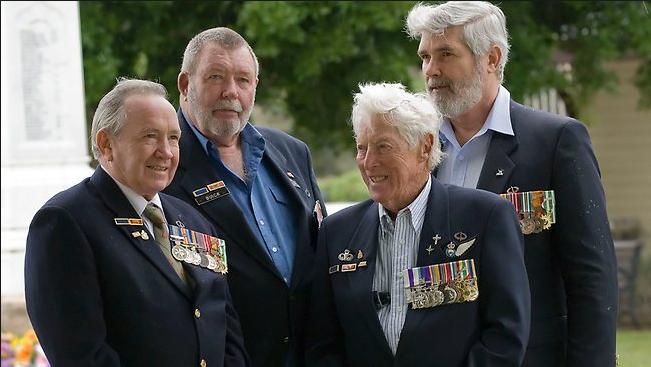 Some of the Aussie survivors of Delta Company, 6RAR in the Battle of Long Tan, Vietnam War