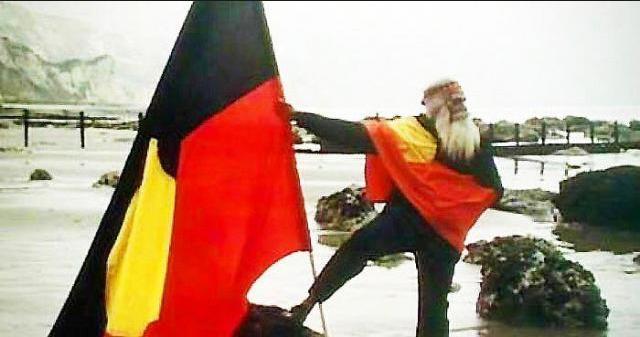 Harold Thomas, an Aborigine from Alice Springs, is the product of Australian First World society.  He attended St Francis’ Anglican boys home in Adelaide and in 1965 won a scholarship to the South Australian School of Art. He was the first Aboriginal person to graduate from an Australian Art School. He also has an Honorary Degree in Social Australian Anthropology from Adelaide University.

Harold’s painting is Art.  It was stolen by Gary Foley for anarchist politics; akin to Adolf Hitler thieving the ancient Hindu Sanskrit svasktika for his Nazi politics.  The ancient ‘svasktika’ is a spiritual symbol for “well-being” and “good existence”.  Anarchists should use it if they want. 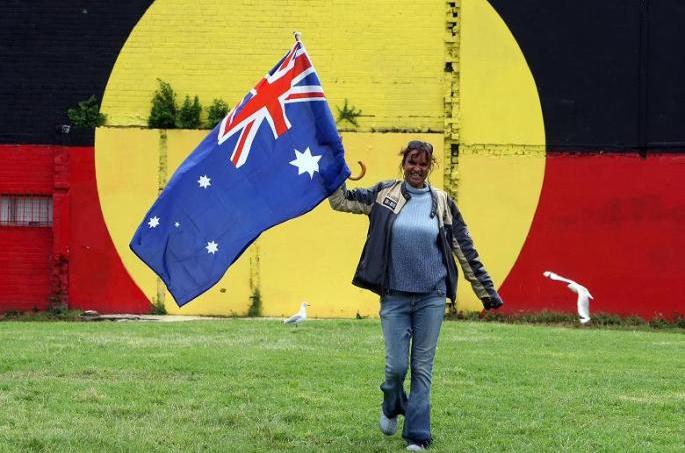