With that appointment, Labor hived off more borrowings to fund an additional $165 billion for Scott to do what ever he wanted to do with ABC content.  So Scott used more external producers to push foreign content.  Steadily the ABC has resembled SBS to reflect multicultural diversity.

Spot the difference.  Indeed, spot the Aussie.  All so the ABC has broad appeal…to foreigners.

The ABC remains fiercely independent so long as the top content items remain:

Any episode of the consensus propaganda on The Drum, Insiders, Q&A is a testament to its fierce compulsory consensus of views, much as what David Marr describes as a “soft leftie kind of culture”.

Impartial gathering and presentation of views, open-mindedness, a diversity of perspectives from a diversity of sources, where every perspective receives equal time, according to predefined selection criteria.

Now Scott has his old Leftist boss, Hyperbowl Emeritus herself, airbrushing her image performing simulcast on his ABC multi-media network.  All staged by Leftist Anne Summers before a pumped up audience loaded with Lefties. 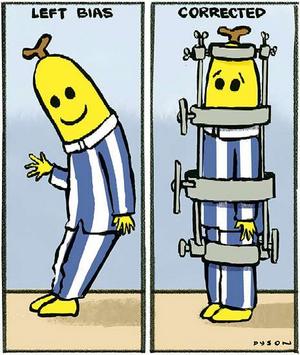