The Liberals promised they would stop the boats.  Australia First said – yes, you will, by flying the planes.

It was the Liberal Party Big Lie.  Refugee numbers are now set to explode.  Turning ‘illegals’ into ‘legals’ by offshore processing is no option for Australia. 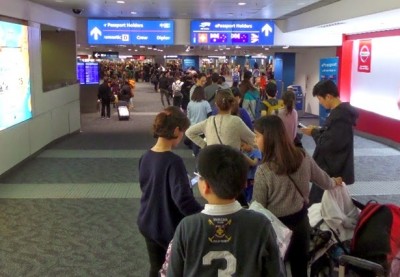 There are enough illegal immigrants living in Australia to fill a large regional city, and nearly all of these 58,400 people arrive by plane.   There are 13 times more illegal immigrants than there are asylum seekers in detention who have arrived by boat.

There is only one answer – take none.

Send all who seek entry back home and send home all those who have arrived.

Only the Australia First Party would repudiate the UN Convention on Refugees and ensure that Australia is for Australians.