Reports on the grapevine reveal that Victorian Police have commenced a probe into known anarchist activity in Melbourne’s shady side of politics.

Heidelberg uniformed police have been approached by one James Hutchings reporting nasty online comments about him. But alas, quick online investigation would confirm for Mr Hutchings that people in glass houses shouldn’t be throwing stones, and go running to the police when one of those stones flies back into your backyard. There are investigations behind the scenes into Hutchings himself. 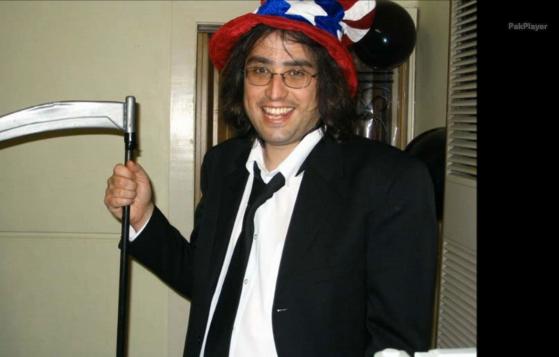 Further private investigations have uncovered the web of individuals interconnected to this attack and the real names behind online personas in Australia’s homegrown anarchist network – Ashwyn Falkingham, Dave Fregon and Mr James Hutchings.

James Hutchings has since been exposed as the administering author of the anarchist hate blogsite: http://slackbastard.anarchobase.com/

Hutching’s website contains extreme socialist, communist and anarchist hate views and publishes provocative lies and inflammatory articles designed to intimidate, bully and incite hatred to the groups and individuals that he targets. Much of the published content is highly defamatory and some of it has been found to involve extortion and even death threats.

@ndy promotes himself online as:

“a Melbourne-based anarchist and author of the slackbastard blog, featuring his political and social musings. He is a long time observer of the far Right in Australia and internationally.”

The video (see 3CR image links at end of this article) provides ample evidence that @ndy Phlegming and James Hutchings are one in the same identity, and we invite Mr Hutchings to qualify this with his contact at Heidelberg Police.  His hateful blogsite and his previous site http://slackbastard.blogspot.com/ date back ten years to 2004. 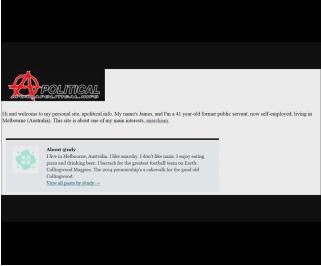 Hutchings’ intimidating and hateful articles stretch over the ten years period. They reflect an extremist and bullying personality full of antagonism and pent-up hatred, especially to Australians and their proud heritage. It is sufficient to suspect that Hutchings has not only a double persona but is unstable and dangerous.

The activities of the extreme Left and associated anarchist network in Melbourne have a violent history, most recently the Occupy Melbourne violent protests in 2011, the Socialist Alliance clash with police in October 2013, the East-West Road link protest in December 2013, and recent March in March 2014. 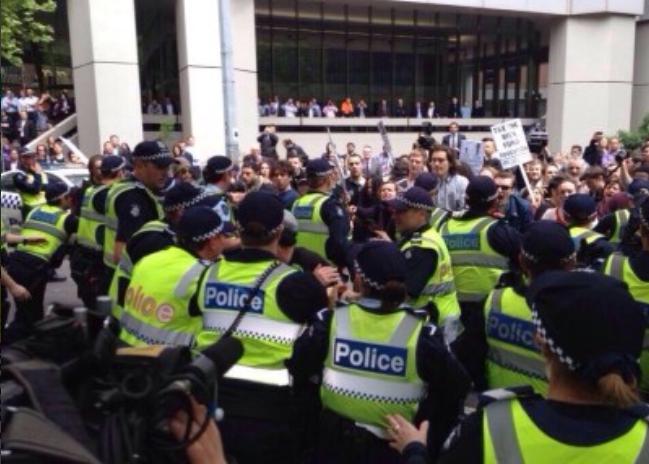 March in March 2014The previous Federal Attorney-General Nicola Roxon referred to homegrown anarchists as a threat. ”Unfortunately we do see a growing number of links across some sorts of groups who are anarchist … and intent with committing a terrorist offence that might link in with other protest groups.” she said.

Australia’s hosting of the G20 economic leaders’ meeting in Brisbane in November 2014, together with related gatherings in other state capitals, is raised as a particular focus for security planning.

”These international economic meetings are a traditional focus for anarchist extremists,” a senior law enforcement official said. ”In order to know what the threats might be in 2014, we need to adjust intelligence priorities and open inquiries now.”

Police investigation into the Melbourne anarchist underground has been a long time coming. The political and online nature of the investigation will justify a specialist team beyond uniformed police to link up with Intelligence and Covert Support Command and to ASIO’s files on home-grown anarchists.

Melbourne’s anarchist circles can probably expect more telephone calls from ASIO like that received recently by one Rebecca Harrison of the Melbourne Anarchist Club and plenty of surveillance anarchists won’t ever know about.

Anyone who has information relating to harm including defamation and intimidation caused by James Hutchings, alias anarchist Andy Phlegming (as administrative hate mailer behind Slackbastard blogsites) should contact the Heidelberg Police Complex in Jika Street, Heidelberg located in north-east Melbourne, telephoning: (03) 9450 8000 or email to: heidelberg.uni@police.vic.gov.au 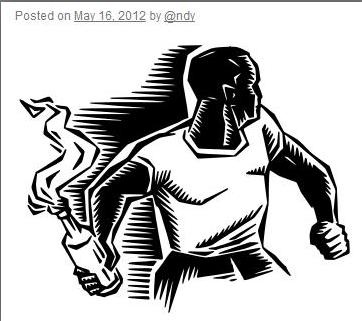 Most of you reading this would be aware of the blog and facebook site “Slackbastard”.  This is written by an anonymous blogger(s) who calls themselves Andy Fleming.  This person enjoys hiding behind their mask of anonymity, and writing particularly scathing and nasty things about anyone they disagree with.

Andy is a fervent “anarchist”, whatever that actually means.  Apparently Andy hates “the system”, and in particular “Nazis”.  What Andy’s actual definition of a “Nazi” is, we are a bit unsure.  But from what we can make out, it appears to be anyone that disagrees with no rules or government interference, no borders, anyone that is a nationalist, anyone that disagrees that we are “one fluffly bunny race of equal people”, thinks that race mixing is bad……and that “smash the fash” is good….whew!!!

“Andy” may be more than one person.  They certainly must have contributions from a team of people around the place, which they then pass publish on the blog.

Andy Fleming “Slackbastard” has been “called out” a few times by people in the past, and they may have got it wrong. Or not.

Rather than make accusations, we thought it best to put the case forward for the most primary candidates for “Andy Fleming”, and let people make up their own minds.  We will update this site with information about other anarchist activists.  It may not happen overnight (this information gathering takes time), but it will happen.

If someone is not actually “Andy”, we don’t think that really matters.  All the people who will be identified are unpleasant individuals who are hostile to  Nationalists and actively work both publicly and privately to destroy them.  So the world should be aware of who they are and their activities anyway.

So for everyone that “Andy Fleming Slackbastard” has attacked, outed, helped to lose their jobs, poked fun of.. etc etc.. over the years, this post is dedicated to you.

The prime candidate for “Andy” is James Hutchings, an anarchist living in Melbourne. 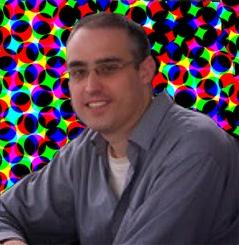 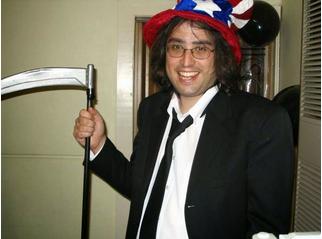 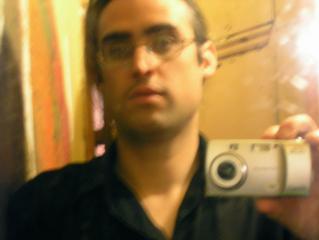 You can find the evidence that has been gathered supporting this theory in the following video.  A more detailed text version with extra information will be also be published soon, both here and at the andyslackbastard blog.

Please watch the video and make up your own mind.

Disclaimer: The views, assumptions and opinions expressed in this article are the author(s) own. They do not purport to reflect the official policy of the Australia First Party or its members. Data references (images, documents, links, copyright, sources, etc.) appearing in this article are not necessarily controlled or monitored by Australia First Party.   [Refer to this website’s Conditions of Use].