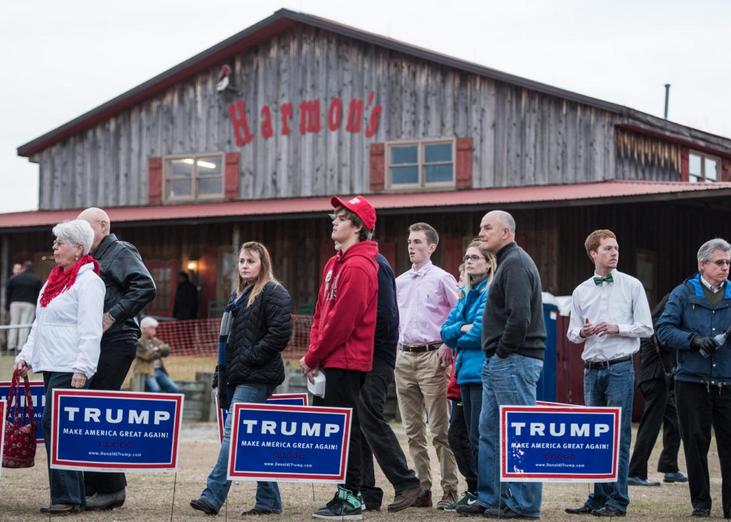 Proud grassroots nationalism across America is going gangbusters.  The American economy is pumping and most Americans now have good decent paying jobs and instilling hope and promise for families and nation.

But try finding out on Canberra’s sheltered ABC – leftist, anti-Trump hate and fake news of bias and omission.  When it comes to news from America, the ABC News is but a copy-paste regurgitation of Democrat ‘blue wave‘ propaganda lies from the notorious Fake News Network: 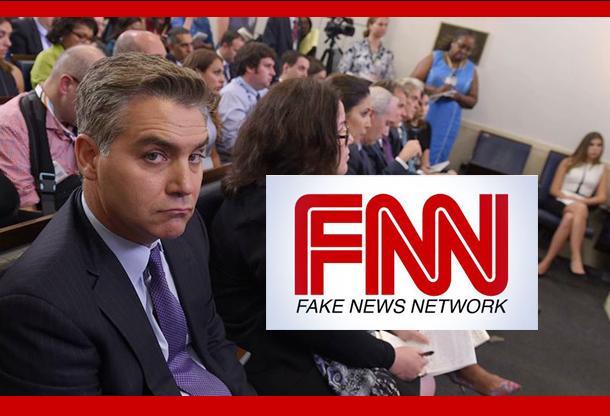 Here’s some American truth this week which ABC devotees would have missed.

American Republican President Donald Trump delivered a powerful rallying nationalist speech in Houston Texas last Monday October 22 in 2018 to a massive crowd of his patriotic support base in Houston, Texas. 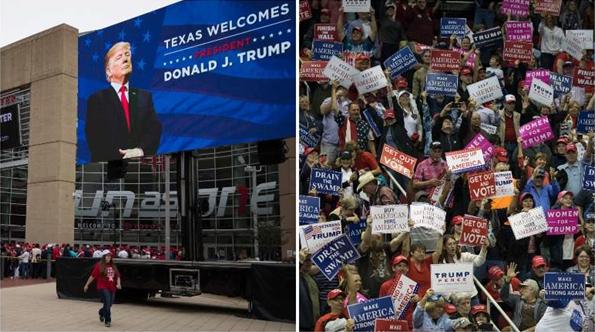 The rally was in support of Republican Senator Ted Cruz’s election campaign to represent Texas in the U.S. Senate from November 6.  The rally was originally supposed to be held in the NRG Arena (seating capacity of 8,500).  However, more than 100,000 supporters RSVP’d for the event that Trump’s campaign manager, Brad Parscale, moved the event to the ‘Toyota Center’ (seating capacity 18,000).

Thousands of patriots had lined up for hours before the event began – some arriving as early as Sunday morning from 10am for a rally that wasn’t scheduled until Monday evening from 6:30pm.   Lieutenant Governor of Texas, Republican Dan Patrick, estimated there were 18,000 inside and 15,000 outside the centre during Trump’s rally.   The Trump Republican rally could have easily filled Houston’s gridiron football Astrodome (seating capacity 68,000).

In Trumps’ speech he declares himself an American nationalist:

“We’re putting America first it hasn’t happened in a lot of decades, we’re putting them first, we’re taking care of ourselves for a change.  But radical Democrats want to turn back the clock and restore the rule of corrupt, power-hungry globalists.  You know what a globalist is right? 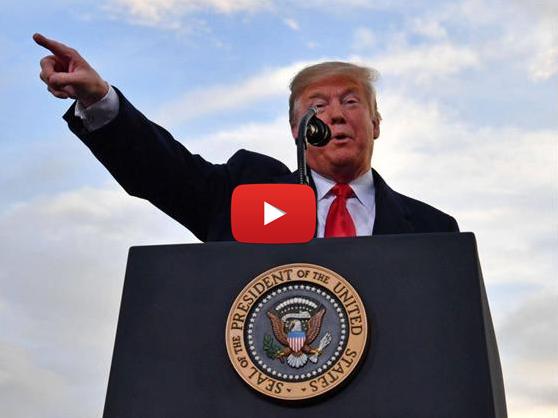 On the day, President Trump prior to departing for the rally, he answered reporters’ questions outside the White House.

Trump said the US will “begin cutting off” foreign aid to Guatemala, Honduras and El Salvador over the caravan of thousands of migrants now making its way illegally through Mexico towards the American border and to the bludge of First World Welfare. 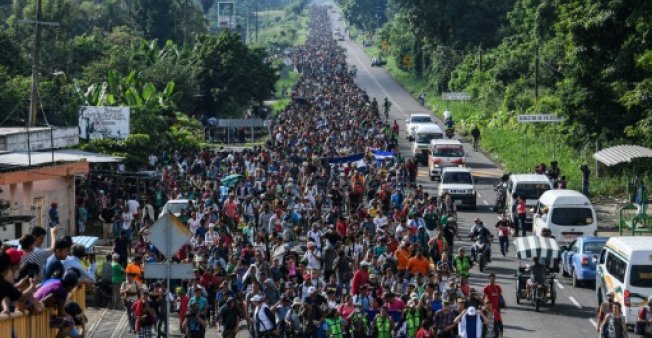 QUESTION: Have you spoken to (inaudible) Guatemala, Honduras and El Salvador …

Hundreds of millions of dollars, they like a lot of others do nothing for our country.

QUESTION: Have you spoken to the Saudis, Mr. President?

TRUMP: I have. I spoke to the Crown Prince. We have people over in Saudi Arabia now. We have top intelligence people in Turkey. We’re going to see what we have. I’ll know a lot tomorrow, they’ll be coming back either tonight or tomorrow morning.

But we have people in Saudi Arabia and people in Turkey.

TRUMP: I think it’s a long time. You said — you said they want a month?

TRUMP: That’s a long time, there’s no reason for that much. They can do it faster.

TRUMP: Oh I think he has, I think it’s going to be. I think they wanted to see that I’m on his side and I am 100 percent. We have — I mean you people have been reporting over 100,000 people. They lined up two days ago and it’s very exciting.

QUESTION: (Inaudible) for you, why did Ted Cruz need your help?

QUESTION: (Inaudible), Beto O’Rourke is now calling him Lying Ted. You started that …

TRUMP: I think Beto O’Rourke is highly overrated. What I heard about him, I figured he must be something a little special, he’s not. I thought he got beaten badly in the debates. I think he’s a highly overrated guy.

QUESTION: Have you buried the hatchet with Senator Cruz?

TRUMP: Oh I have, yeah. Ted and I get along very well, very late into the campaign. And I said don’t worry about it, it’s only a question of time. And then it became very nasty, and then it was over, and when it was over we’ve gotten along great.

So we’re very close. We’ve done great on tax cuts, we’ve done great on regulation cuts. No he’s been really terrific. And if you look at what’s happening in Germany (ph) with respect to the pipeline, they want to now start buying our natural gas, it just came out.

But take a look at that.

TRUMP: (Inaudible) I call him Ted Cruz Ted (ph) — Ted — Ted Cruz and I had a very, very (inaudible) and tough campaign. We’ve been very competitive with a very tough campaign. Once it ended, we got together — and by the way, very late into the campaign we lasted.

People were shocked, I said don’t worry, it’s only a question of time (ph). And then ultimately what happened, we fought it out, the outcome was obvious (ph), and we have worked together very closely. I like him a lot.

I actually like him a lot, and he’s a very smart guy. He loves the people of Texas, which I do, and in fact right now I guess they said they’ve never seen it. It’s like a big tailgate, it goes on for miles, it’s over 100,000 people.

TRUMP:  It’s a disgrace. And I think her husband’s not much better, maybe he’s worse. I think Kelly (ph) (inaudible) is a disgrace, taking marital protection so she doesn’t have to talk about corruption. I think she’s a disgrace.

TRUMP: Look, I can’t tell you, I can only tell you this. We give them hundreds of millions of dollars, they do nothing for us.

TRUMP: You know what? Maybe it will and maybe it won’t, but it certainly hasn’t affected (ph) — they can do a lot better job. If you look at the three countries (inaudible) — and I don’t know what’s going on with Mexico.

I guess it looks like the people are walking right through the middle of Mexico, so I’m not exactly thrilled there either.

I am not satisfied with what I’ve heard.

But anyway, we’re going to get to the bottom of it, yeah.

QUESTION: (Inaudible) Central American (inaudible) more money (inaudible). Are you open to that?

And then when we ask them to keep their people in their country, they’re unable to do it. We’ll make America great again.

QUESTION: Mr. President, on tax cuts you said that you wanted tax cuts by November 1st. How …

TRUMP:  No, we’re going to be passing — no no, we’re putting in a resolution sometime in the next week or week and a half, two weeks.

QUESTION: A resolution where?

TRUMP: We’re going to put in — we’re giving a middle income tax reduction of about 10 percent. We’re doing it now for middle income people. This is not for business, this is for middle — that’s on top of the tax decrease that we’ve already given them.

QUESTION: … are you signing an Executive Order for that?

QUESTION: (Inaudible) confidence about holding on to the House?

TRUMP: I think there’s tremendous spirit, maybe like I’ve never seen other than in ’16. You don’t remember ’16, you’re too young. I have never seen spirit like the spirit we have right now, except the week before the race — the presidential race two years ago.

I think the Republicans are going to do very nicely. We’re — we’re doing very well with the Senate, and I — he was just asking about the race. Other than two years ago, the presidential race, I have never seen spirit like I see right now.

I think the Republicans are going to do very well.

People are tired of high taxes, we gave the tax cuts, we’ve done so much. And they want a strong military, they want protection, they want safety, they want security, we give that. The Democrats do not give that.

QUESTION: Do you regret (inaudible)?

TRUMP: I don’t regret anything, honestly. It all worked out very nicely.

QUESTION: Mr. President, six Californians are presiding (ph) over the sanctuary cities. Where?

TRUMP: Yeah, there is rioting (ph) in some cases.

And guess what? We’re not allowing them in our country. We want (inaudible).

(Inaudible) happened at the border. What’s happening at the border is caused by the Democrats, because they (inaudible) laws that are horrible.

When they do, then we’ll all (inaudible) and we’ll all stop. And we’ll — and by the way, not only stop, we’ll reduce, which I would love to do. But right now, they have not adhered to the agreement.

QUESTION: Is that a threat to Vladimir Putin?

QUESTION: Are you actually going to withdraw … 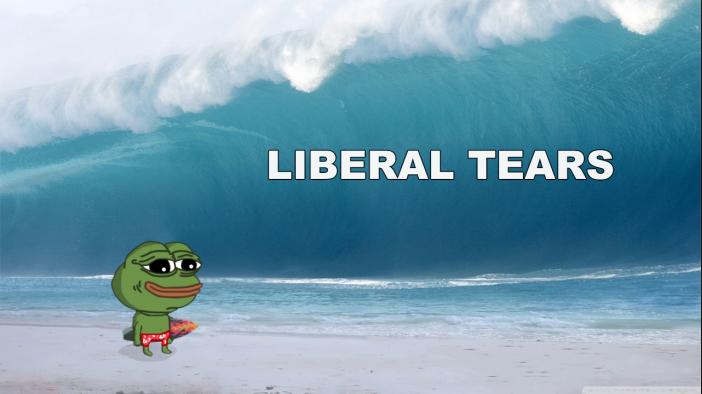