So, a spring storm off the Bight blew over 23 electricity transmission towers south of Port Augusta, which caused the SA Blackout. 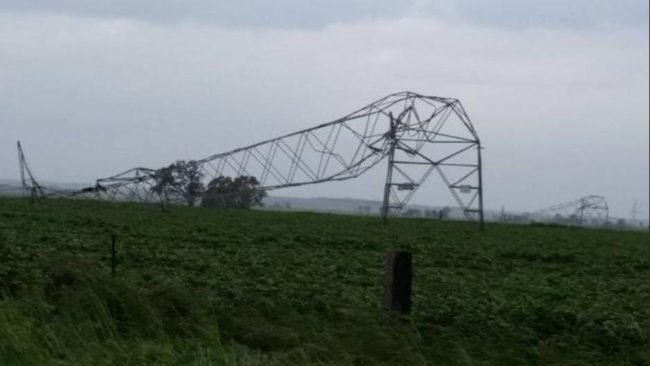 Cold fronts are a weekly occurrence over southern Australia.    Sure, lightning strikes will trigger auto-tripping and isolation protocols as a safety precaution to the electricity network.  But 23 steel towers blown over?  Why?

Dodgy towers not rated to a maximum of 120 km wind?  You’re kidding!  But that was the reported maximum wind gust during the storm of September 28, 2016 this week.  Yet south of Port Augusta where the ElectraNet transmission towers blew over, the Bureau of Meteorology recorded only a maximum wind gust of just 83 kph!

So no Jay, it wasn’t a “severe weather event”.  It was just a bad storm.  It wasn’t a cyclone like they get in Queensland and WA every year with up to 300 kph winds!

The SA Blackout was because the steel lattice towers buckled at just 83 kph.  That’s 45 knots which on the Beaufort Wind Scale is rated at being a ‘strong gale’, not even a ‘storm’.  They are supposed to have a wind design load of 193 kph or 104 knots. That is more than double the gusts that buckled them.

Clearly, Jay Weatherill Labor is not weathering at all well.  Labor is in damage control. (Bit late). Labor PR is in overdrive with excuses of extreme weather and climate change.  Even Labor’s Bill Shorten has weighed in trying to defend Labor’s extreme renewables mantra, blaming the blackout of a climate change driven super storm.  Billy would rather welfarise Australians inter-generationally to unaffordable Gonski and NDIS utopias, than to properly invest in reliable baseload power for Ordinary Australians and our domestic industries.

What was really to blame for the SA Blackout besides the wind turbines shutting down in high wind?  South Australia’s energy generation mix is mixture of wind, gas and some solar, and as of this year, zero coal. The state is connected to the rest of eastern Australia’s electricity market through two inter-connectors, one of which is down for service.

The electricity experts who know the truth have been hidden and muzzled from the media. Energy system expert Dylan McConnell, from the Melbourne Energy Institute at the University of Melbourne says questions could be explored about the quality of the infrastructure that was damaged.  The transmission experts at Electranet Network Services, SA Power Networks and the Australian Energy Market Operator (AEMO) need to come clean with the South Australian taxpayers.

Either the tower design or fabrication is substandard or both.  Gay Jay’s blind faith in renewable wind has ripped hundreds of millions out of South Australia’s energy budget leaving stuff all to fund the new transmission lines down to Adelaide.  So Gay Jay went cheap cheap, Chinese steel cheap snubbing Arrium and 14,000 local jobs connected to its Whyalla steel works in SA.

Somewhere there will be a ‘Made in China’ sticker on each of the buckled towers. 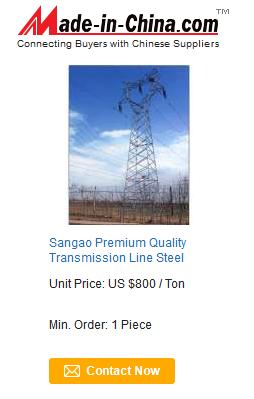 If the steel lattice towers had been fabricated properly to Australian standards and using quality Aussie steel, they would have withstood the gale and the electricity system could have been “rebooted”  within hours, and “acted precisely the way it was supposed to“, according to Gay Jay. 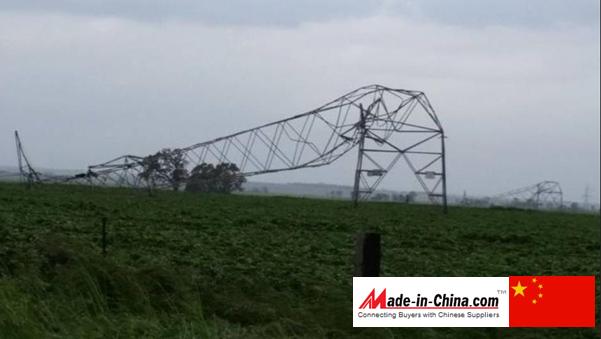 But the physical poles and wires were taken out.  That is not one or two hours of power disruption.  Some areas could be offline for as long as a week or more, especially less equal rural battlers.

South Australia’s Opposition Leader Steven Marshall has insisted that storm damage in one part of the state shouldn’t knock out the entire system.  Independent Senator Nick Xenophon wants an inquiry to examine this question, among others. 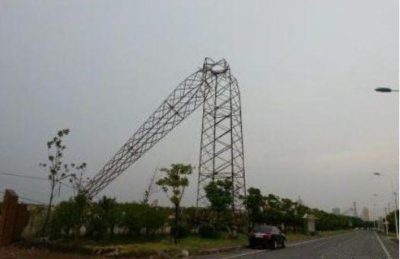 In April 2016 Arrium in Whyalla went into administration.  Yesterday, the steelworks was crippled by the statewide blackout and it could be a week before power is restored.  Good one Jay. 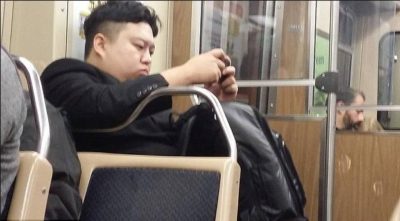 Baird and his transport minister Andrew Constance said it was to save money, just before they limousined the entire NSW Cabinet out for a $80,000 weekend piss up at the Fairmont Blue Mountains Resort.  So much for supporting local Aussie train manufacturing at Bombardier Transportation, Downer Rail or UGL Rail and the thousands of local Aussies they could employ.

It’s called ‘free trade’, and Third World waged China is having a lend of us in First World Australia.  China keeps dumping its cheap steel and aluminium on our Australian market and we can’t compete with the $2 wages and communist party subsidies.   A recent study by the McKell Institute says Australia’s decision in 2004 to award China ‘market economy status‘ (read “preferred supplier”) has backfired and Australian companies are being hurt by the predatory dumping of products at below market cost.   Our big steel producers, Bluescope and Arrium, are struggling to complete in a world of too much cheap steel.  iIn 2015 Australia’s steel industry employed nearly 90,000 locals and generated $11b in revenue from manufacturing world class steel.   But it is in decline because of Chinese dumped shoddy steel.

China buys our iron ore, the Communist Party heavily subsidises the manufacturing so it can dump its cheap steel back on us and steal local markets from our own steel producers, forcing industrial ruination . China is pumping it out.  China Iron Steel Association claims March steel production hit 70.65 million tonnes, amounting to 834 million tonnes on an annualised basis creating a global glut. It’s about market control, silk roading, aka Chinese imperialism.  China cares not for Australia’s energy security.  China does not set extremely aggressive and unrealistic renewable targets for its own citizens and industries.

Roll in the next weekly storm off the Bight! 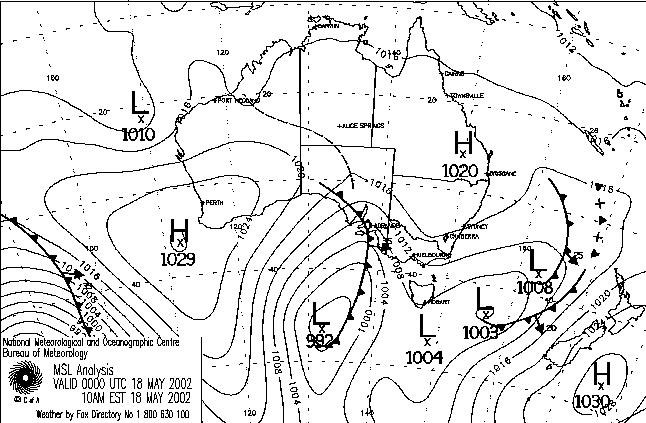 Cold fronts and Antarctic blasts are nothing new to southern Australia