ANZAC 100 will be marred – in fact sullied and befouled– by an enormous display of disrespect.

We will go further and say that the act is deliberate and a coded expression that the Australian traitor class has nothing but contempt and malice towards the Australian identity and heritage.

While the crowds will have assembled along the streets of the City of Sydney to cheer the contingents of heroes from the past wars our country has been engaged in and to recall the great sacrifice of the men of 1915, a very different group will be meeting in Sydney Town Hall – with the full support of the Lord Mayor of Sydney, Clover Moore. 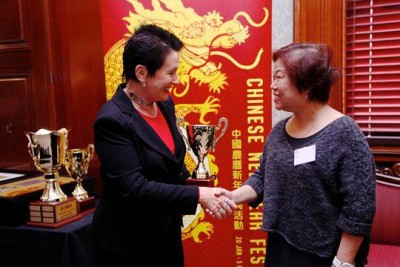 Year of the Mogwai (魔鬼)

Sydney Town Hall will be the host venue to the Sydney Property Expo for 2015.

Some 6000 visitors will visit the Expo. Most will be Chinese. The Expo targets Chinese. Why would the Australian Property Expo have a ‘yellow slope’ in its logo if it weren’t attracting Chinese? 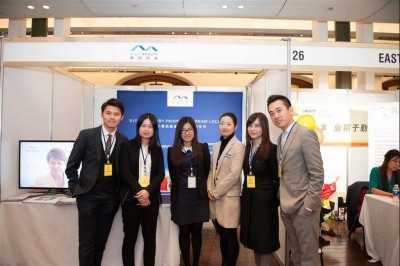 There will be the parents of the ‘overseas student’ cohort, so-called investors, would-be migrants, the creatures of corrupt Chinese officialdom and more besides.  It’s backdoor immigration.

Abbott Government says: “The Investor Visa (subclass 891) allows you to live in Australia if you and your spouse or de facto partner together have held a designated investment in Australia for four years. Your family can also apply for this visa if you have already been granted it.” 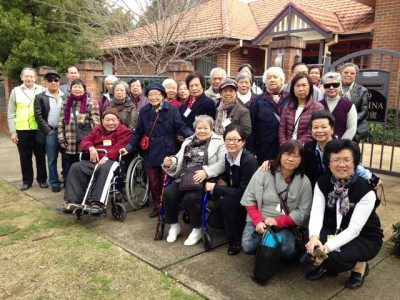 “So if I buy a Sydney apartment, I can bring out me whole village downunder!”  Aussie disability pension and all!

Billions of dollars worth of property can be grabbed. Each grab is an acquisition by the sons and daughters of the Motherland, an act or re-colonization, of imperialism. 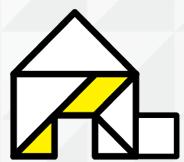 The yellowing of Sydney by Chinese buying immigration

At the Dawn Service at the Martin Place Cenotaph some hours before the Expo opens, official-Australia will lay its wreaths and pronounce its words about sacrifice, duty, honour and comradeship.

While the Nation remembers its heroes, the traitors know that later in the day they are selling off the Nation to aliens. They call it good business and they call it securing the future of Australia.

The Sacred Dead are an inconvenience to the traitors now and their legacy a shame they would prefer to forget.

We do not forget. 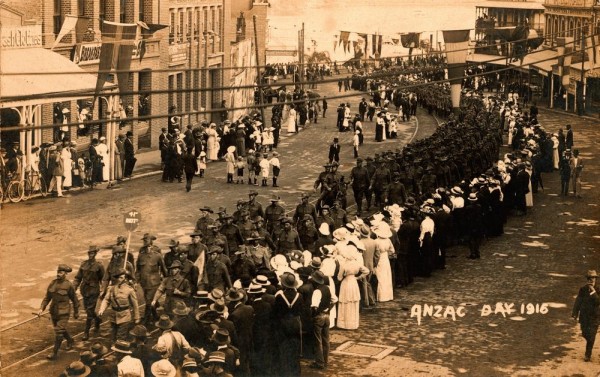 Australians everywhere will express their anger at the Lord mayor of Sydney and the rest of the traitors!

Sponsors of the yellow event:

The dominance of Chinese over the Sydney property market can be determined in the following Fairfax media article published in The Sydney Morning Herald a year ago on January 29, 2014: 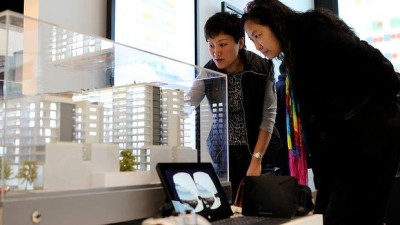 “Public servant Tina Ford said she could hardly believe it when her three-bedroom Chatswood apartment sold this month for $1 million at an auction in which all 16 registered bidders were ethnic Chinese.

“I’m over the moon, I’m gobsmacked,” said Ford, 53, adding that she “would have been ecstatic with $940,000” and didn’t expect to double what she had paid 14 years ago for her third-floor unit with a balcony 11km from Sydney’s CBD. “I suspect that overseas investment, Chinese or otherwise, is certainly pushing prices up, but from a vendor’s perspective, I’m ecstatic.”

Such buying by locally resident Chinese and those from mainland China is inflating housing bubbles in and around Sydney, where prices in some suburbs have surged as much as 27 per cent in the past year. That’s almost three times faster than the overall market.

Many of the neighbourhoods with the biggest price gains “are areas that are popular with Chinese buyers,” said Andrew Wilson, senior economist at real estate data firm Australian Property Monitors. “Some of these suburbs are seeing price growth that we haven’t seen in Sydney since the early 2000s.”

The proportion of foreigners purchasing new homes in Australia more than doubled to 12.5 per cent in the three months to September, from 5 per cent throughout most of 2011, according to a survey of more than 300 property professionals by National Australia Bank. 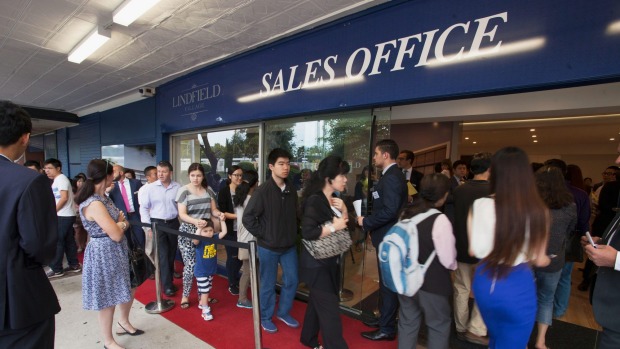 A second-hand house in suburban Eastwood sold for as much as $1 million more than the expected price, according to John McGrath, chief executive of McGrath Estate Agents in Sydney, which set up a Chinese sales desk in September.

McGrath agent Adam Wong, who brokered Ford’s apartment, said 95 per cent of the more than 100 people at the auction were locally resident Chinese.

Elsewhere in Chatswood, 90 per cent of developer Mirvac Group’s ERA high-rise apartment building sold to ethnic Asian buyers, most of them Chinese, according to John Carfi, head of the residential division.

SQM Research, a Sydney-based data company, forecasts home price gains of as much as 11 per cent this year in Australia’s biggest cities.

Home prices in major Australian cities rose 9.8 per cent in 2013, the fastest calendar-year growth since 2009, according to the RP Data-Rismark Home Value index. The average weekly wage grew at about half that rate, to $1,105 before taxes as of May 31 from a year earlier, the latest statistics bureau data show.

Australia’s housing market was the fifth-most overvalued among countries in the Organisation for Economic Cooperation and Development relative to rents, the International Monetary Fund said in a December report. Canada was first, followed by New Zealand, Norway and Belgium.

Billbergia, a closely held developer in Sydney, reported selling as much as 85 per cent of its apartment project in the western suburb of Rhodes last year to Chinese buyers, even before beginning construction. Home prices in Rhodes jumped 27 per cent to a median $1.03 million in 2013, according to Australian Property Monitors.

“Anecdotally, Chinese buying has been a material driver of new-apartment purchasing activity in the last 12 to 18 months,” Scott Ryall, head of Australia research at CLSA Asia-Pacific Markets in Sydney, wrote in a report in September. “This is a significant potential tailwind for Australian property prices.”

By law, non-resident foreigners can only buy new homes, with exceptions to buy existing properties granted on a case-by-case basis. 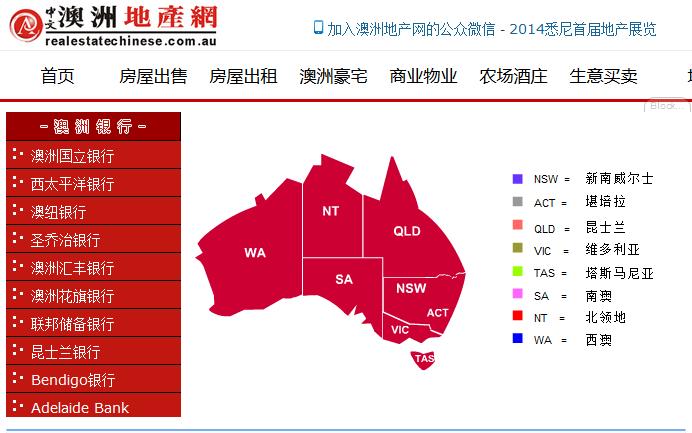 While many Chinese immigrants buying in Australia pay cash, they take out mortgages for second or third properties to take advantage of tax rules, said Ray Chan, managing director of Sydney-based real estate broker Henson Properties, 95 per cent of whose clients are from China. Owners can claim tax deductions if expenses, including mortgage payments, are greater than their investments’ rental income.

The distinction between purchases by mainland Chinese and by Chinese who have already immigrated to Australia is blurry. Chen Youmea, 42, bought a two-bedroom unit under construction in Sydney in 2011 while she and her family were still living in China’s eastern Zhejiang province, near Shanghai. They moved to Australia in 2012, and within six months bought another three-bedroom apartment in the inner-city suburb of Pyrmont.

“Chinese people, we don’t want to rent,” she said. “We want to fulfill the dream of our own home.”

Chen planned to spend about $700,000 on a third property, she said while browsing at a November Chinese property expo in Chatswood, where 13.7 per cent of residents were China-born as of the 2011 census, up from 9.6 per cent five years earlier. Home prices in the suburb increased 12 per cent last year, Australian Property Monitors figures show.

“I agree to some extent that Chinese buyers are pushing up prices, but it’s good to have a bit of Asian investment to stimulate the market,” Chen said.

Some buyers are finding themselves squeezed out. In a showroom in Macquarie Park in October, architect Warwick Mann and his father didn’t register for the sale of one- and two-bedroom apartments listed for almost $1 million and found themselves trying to get attention from agents busily catering to scores of Asian buyers.”