So who approved the bloody islamic mosque be built in South Toowoomba’s quiet suburban Harristown?

Toowoomba in southern regional Queensland is of rich Anglo-Celtic pastoral heritage dating to 1816.  There must be seventh generation Australians of such heritage who pride the town and region from the toil of their forebears, not to be forsaken to muslims off the latest Etihad flight. 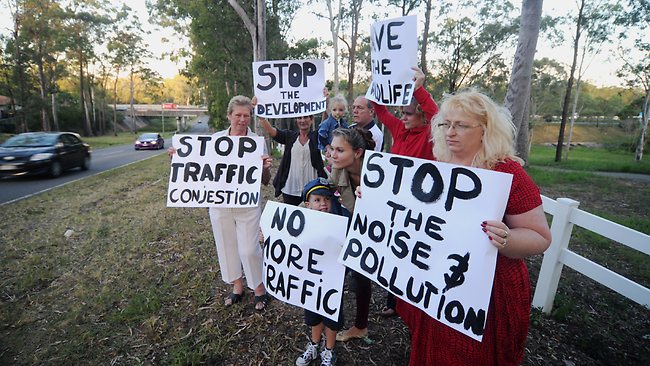 May 2013: Queensland locals opposed to plans by the Brisbane Islamic Council to build a mosque, community hall and 300 car parks on Underwood Rd in Eight Mile Plains.  But because leftist lawyers intimidated their personal assets, these local Aussies had to object to the proposed mosque by complaining about noise and traffic to avoid being accused of “racism” against foreign invaders.

The mosque went ahead because the muslims had money for a corrupt local council.

Queensland tourism invites in its marketing: “Somewhere in Southern Queensland Country, someone just like you is lost in the moment…It’s somewhere you can appreciate the spectacular natural wonders, the stories behind historic sandstone buildings, that cheeky shiraz from the winery up the road or just spending time with loved ones.”

So spot the muslim in this promotion image!

Who thinks it is their God damn right to impose foreign evils cults on the rest of us?  Who needs more muslims in our backyard practicing anti-female barbarism and cruel halal funding terrorism? 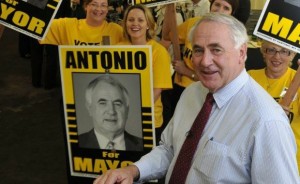 Toowoomba multicultist Mayor Paul Antonio: “Our source of pride tomorrow is in the new Islam.“ 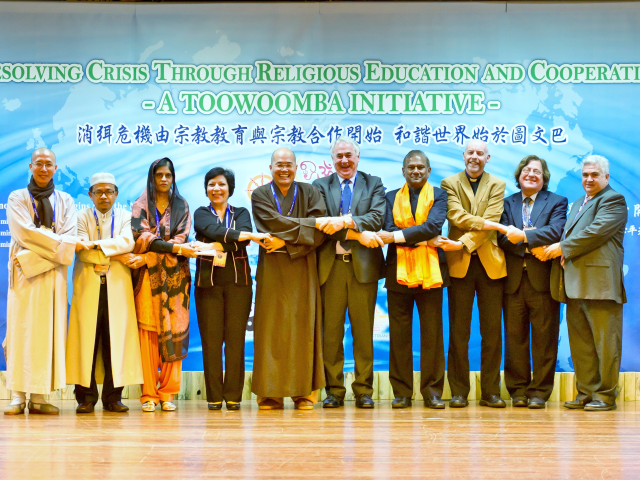 There he is, Toowoomba Mayor Paul Antonio, promoting his zen multicultism on the good folk of Toowoomba,

because locals elected him.  What the?

Islam is anti-Christian and anti-Australian, even if you’re not a practicing Christian.  Muslims are islamic.  They come to Australia holding on their islamic barbaric beliefs with no intention of changing to open civil Australian ways.  They stay muslims, mix only with other foreign muslims and shun Australian society.  They come here to set up their own society.

Islam is an extreme cult of no compromise. Islam and muslims are anathema to Australia and they can debate their all they bloody like. Halal food tastes crap anyway.

It turns out that the local Toowoomba Council is in bed with the muslims, with the Islamic Council of Queensland through the University of Southern Queensland which relies on international student muslims for most of its up-front cash income.

So perhaps Toowoomba Council would be happier with this promotional image for Toowoomba? 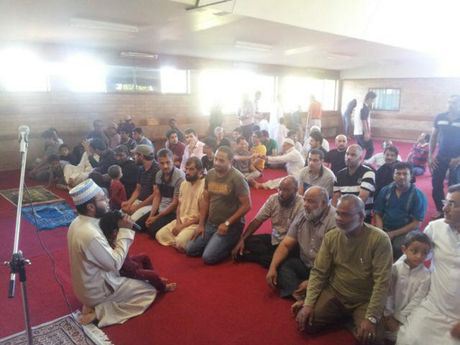 in 2013, the former Westside Christian Church on the corner of West and Stephen St has been bought by the Islamic Society of Toowoomba.  Imam Shahjahan Khan said the purchase represented a “new bright chapter for the city’s Muslim community. I thank Toowoomba Regional Council for its inclusiveness.”

A mosque is a wedge on Australia society.  There are nearly 50,000 muslims in Queensland thanks to Anna Bligh, Kevin Rudd and Julia Gillard and their leftist blind celebration of multicultism.

President of the Islamic Council of Queensland Mohammed Yusuf said the large Muslim population in Toowoomba had mostly been operating out of a room at the University of Southern Queensland but they had just bought a Christian church to transform into a mosque.

He said it was important for Muslims to have separate facilities that catered for their distinct culture, that is reject Australian Christian values. Bugger the Ten Commandments.  “They really want to have their own facility where they can be more at ease and they have the freedom to do what they islamic want. Also it’s a matter of pride the community want to say: “Yes, we’ve got our own mosque set up in Toowoomba. Better tell our desert cuz back in the Middle East.”

It turns out that a few years back Toowoomba council opened the islamic flood gates on the local town’s population, approving this mosque next to a Christian church in a street ironically named ‘West Street’.  It is a disturbing blight on the West all these islamics migrating west and trying to convert us to Islam. 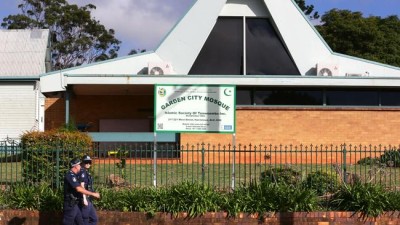 The muslim influx builds every month as they invite their islamic cousins. Black burqas will be walking down Toowoomba’s Ruthven Street. They’ll want full blown call-to-prayer minarets next.  They’ll demand their barbaric sharia laws next.  Toowoomba retail will be shut down for Ramadan through winter! 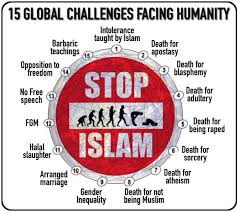 Is Ebola safer than Islam?

No wonder locals are bloody well reacting.  Some have even resorted to trying to demolish the mosque.  Last Friday a second attempt was made to torch the place.

Islamic Council of Queensland president Ismail Cajee has told ABC media, “Whoever has done it is totally illiterate and absolutely uneducated.”

Really?  It is quite probable that the arsonist cannot read Arabic and wouldn’t know what a Quran looks like, but if you knew what they do in Islamic  countries and knew what the Quran preached, who’d want to learn such foreign evil in Australia?

Toowoomba’s Muslim community took their prayers to a park today, because their mosque is now a crime scene. Well yes Islam is a criminal cult so that makes all mosques ‘crime scenes.’  And leave the local park alone, the prayer mats will kill the grass! 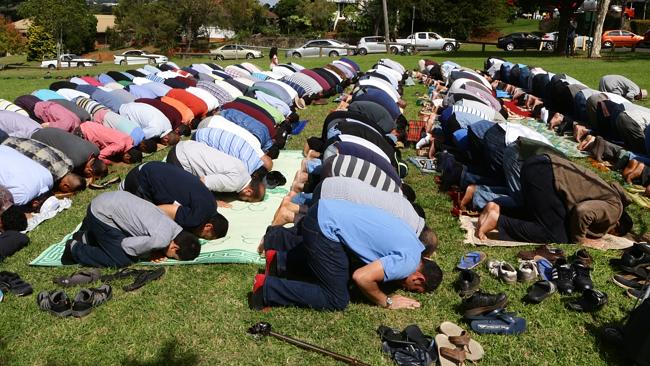 The future of Toowoomba is looking bleak.  Property prices are set to fall as more muslims arrive.

Islamic Imam Khan said a open day and halal promotional food festival planned for this Sunday to try to covert locals of Toowoomba would still go ahead.

Residents of Toowoomba should review the devastating decultural impact that invading Islam has had on Sydney’s once traditional working class suburb of Lakemba.  Muslims don’t drink cheeky shiraz. 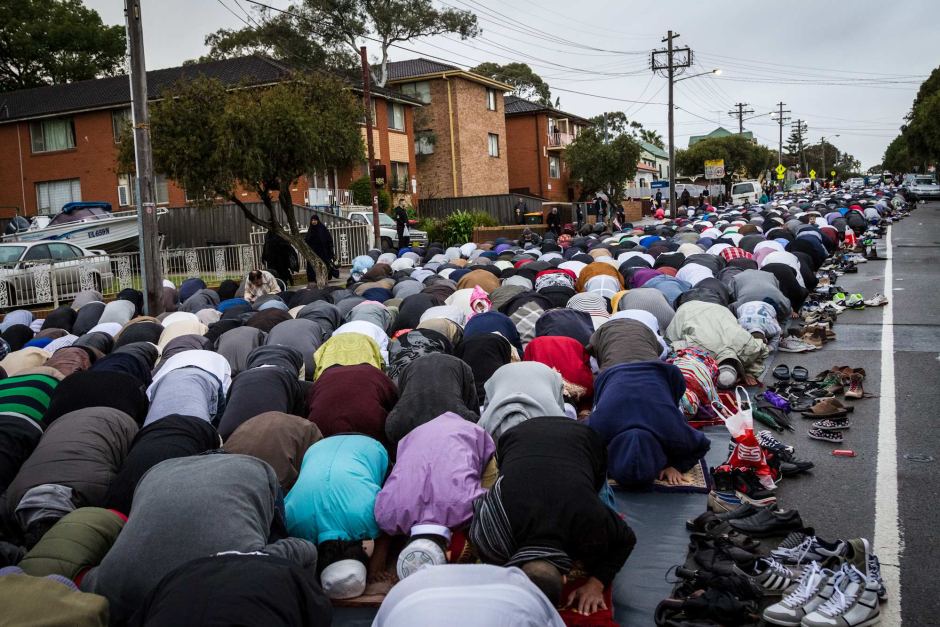