Patriots light the beacons, for our leftard government is betraying our homeland to invaders, letting hate in, selling off our sovereignty.  It’s divide and conquer.

Social deviants who morph into retards usually via teen narcotic addiction, have part of their brain abnormaled.  Prone to delinquency and anarchism, lured to socialist politics they succumb to Leftard Syndrome – hate ideology directed toward counter-culture, divisiveness, globalism, foreign subservience and suicide. It is a 21st Century social cancer, quite deadly. 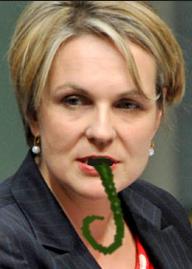 Symptoms include narcotic addiction, short-term focus, psychosis, insecurity, paranoia, chanting, deafness, depression, anti-social behaviour against authority and tendencies toward violence, intolerance of any criticism, Stockholm syndrome and adorning black and hiding one’s face.   This may be why the Left align so closely with islamics.

In Europe, whereas Hitler invaded others, Merkel and her cohorts like António Guterres have invited others to invade. It’s inverse nazism and they have let Europe be invaded. It’s a suicide wish for Europe.  But isn’t that what communism and anarchism are all about? It’s a plague of societal destruction. 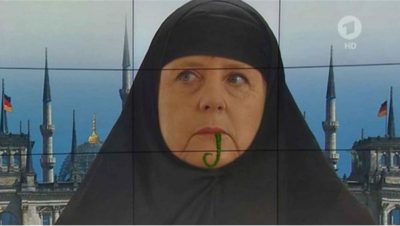 Leftards deserve their euthanasia so they don’t contaminate the rest of us. Let ’em jump in front of the train, but don’t let ’em hold up the train. 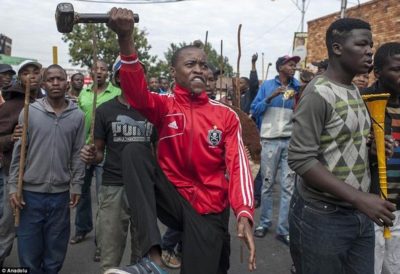 Last week another vehicle ploughed into another packed street of pedestrians. After truck attacks in Nice, Berlin, Stockholm, London and Paris, this time it was the turn of Barcelona, Spain. The rented truck was once again driven straight at people enjoying a day out in one of Europe’s great cities. Footage of the moment’s immediate aftermath shows, like footage of the attack on the Promenade des Anglais in Nice and the Christmas marketplace in Berlin, a terrible scene. The dead, the maimed: lives ended or changed un-mendably in an instant.

But da Leftards excuse their islamic allies because both share in the ideological destruction of the First World. So any connection between the mass influx of people into Europe and the terrorism and other societal problems to which the continent is waking up every day is still frowned upon. 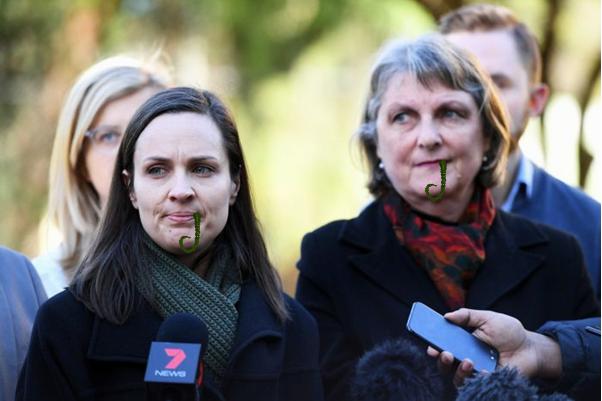 Indeed, there is no faster way to be thrown out of what remains of polite society than suggesting that the immigration and the terrorism may be linked. Yet the link is obvious. For sure there are those who over-egg the point. The Stockholm attacker from April was a recent arrival in that country. As were the axe-wielding train attacker last northern summer in Wurzburg, Germany, and the suicide bomber in Ansbach, Germany, that same month.

But then the Paris attackers from November 2015 included people born and brought up in France and Belgium.

So while some of the terrorists may have just arrived, recent immigrant offspring were born in Europe.

This fact is not quite as soothing as the proponents of weak borders and mass immigration would like it to be. For if Europe is doing such a bad job of integrating people who are already here, then who but a madman would seek to propel immigration from Muslim countries to such a historic high? The question goes unanswered because in Europe’s immigration debate it is still very rarely asked.

Of course, there is a noble aim in some of this avoidance, such as ensuring that Europeans — as the terror attacks grow — do not seek to blame any and all immigrants for the terror. That would be a mistake for a whole variety of tactical as well as factual reasons. Most of the people who arrive in Europe from the Middle East and Africa come to try to improve their lot in life, not to plough trucks into pedestrians.

There is also a sense in Europe of “who are we to complain” about religious and other sectarian problems. We certainly have had enough of a past of religious conflict to make us feel trepidatious about looking like we are preaching. Yet the fact is that a continent that has managed to tear itself apart for centuries in wars of religion is unprepared for this one.

Islam’s civil war did not use to be our civil war. It has become so only because weak and shortsighted immigration and border policies have encouraged millions of people from the Muslim world to just walk into Europe and then stay.

It should not have come as such a surprise as it has that some of those who come are not going to adapt at once to the modern secular liberalism that is a defining attitude of the continent.

Intermittently the truth about our future slips out. 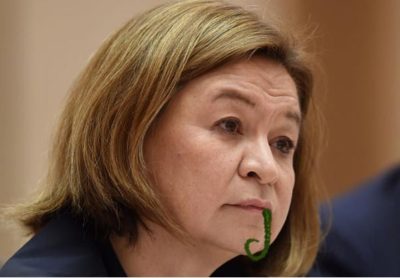 It happened when London mayor Sadiq Khan suggested terror is now just a fact of life in living in a city like London.

It happened when former French prime minister Manuel Valls declared after the Nice attack that his countrymen “must learn to live with terrorism”.

Such people may be right, of course. But the European publics are right to look at their leaders from recent decades and now the dead and maimed regularly on our streets and recognise that this is a problem our politicians imported: a problem they gave us that we did not ask for.

Perhaps Europe will get through this period. Perhaps not. But the politicians who played so fast and loose with our future will be lucky if they can keep delaying a reckoning that is ever more overdue.

In the wake of leftard governments siding with the Third World invaders like inverse nazis, the last resort of ancestral locals facing White Genocide is to invoke many Grenfell Towers housing the invader class.

Douglas Murray is the author of The Strange Death of Europe: Immigration, Identity, Islam (Bloomsbury 2017). 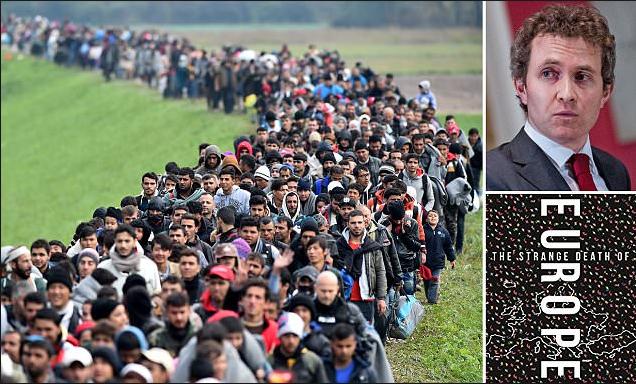 The Strange Death of Europe is a highly personal account of a continent and culture caught in the act of suicide. Declining birth-rates, mass immigration and cultivated self-distrust and self-hatred have come together to make Europeans unable to argue for themselves and incapable of resisting their own comprehensive change as a society.

This book is not only an analysis of demographic and political realities, but also an eyewitness account of a continent in self-destruct mode. It includes reporting from across the entire continent, from the places where migrants land to the places they end up, from the people who appear to welcome them in to the places which cannot accept them.

Told from this first-hand perspective, and backed with impressive research and evidence, the book addresses the disappointing failure of multiculturalism, Angela Merkel’s U-turn on migration, the lack of repatriation and the Western fixation on guilt. Murray travels to Berlin, Paris, Scandinavia, Lampedusa and Greece to uncover the malaise at the very heart of the European culture, and to hear the stories of those who have arrived in Europe from far away.

In each chapter he also takes a step back to look at the bigger issues which lie behind a continent’s death-wish, answering the question of why anyone, let alone an entire civilisation, would do this to themselves? He ends with two visions of Europe – one hopeful, one pessimistic – which paint a picture of Europe in crisis and offer a choice as to what, if anything, we can do next.

“This is a brilliant, important and profoundly depressing book. That it is written with Douglas Murray’s usual literary elegance and waspish humour does not make it any less depressing. That Murray will be vilified for it by the liberals who have created the appalling mess he describes does not make it any less brilliant and important … Read it.” – Rod Liddle, Sunday Times.

“His overall thesis, that a guilt-driven and exhausted Europe is playing fast and loose with its precious modern values by embracing migration on such a scale, is hard to refute.” – Juliet Samuel, Telegraph.

“Every so often, something is published which slices through the fog of confusion, obfuscation and the sheer dishonesty of public debate to illuminate one key fact about the world. Such a work is Douglas Murray’s tremendous and shattering book, The Strange Death of Europe.” – Melanie Phillips, The Times.

“A cogent summary of how, over three decades or more, elites across western Europe turned a blind eye to the failures of integration and the rise of Islamism … Persuasive” – The Times.

“This is a vitally important book, the contents of which should be known to everyone who can influence the course of events, at this critical time in the history of Europe.” – Sir Roger Scruton.

“Douglas Murray glitters in the gloom. His pessimism about multiculturalism is so well constructed and written it is almost uplifting. Liberals will want to rebut him. I should warn them that they will need to argue harder than they have ever argued before.” – Nick Cohen.

“Douglas Murray’s introduction to this already destructive subject of Islamist hegemony is a distinguished attempt to clarify the origins of a storm. I found myself continually wishing that he wasn’t making himself quite so clear.” – Clive James.

“Douglas Murray writes so well that when he is wrong he is dangerous” – Matthew Parris, Spectator.

“Whether one agrees with him or not Murray has made a valuable contribution to the global battle of ideas” – Amir Taheri, Asharq al-Awsat.

“Powerful and engaging … Murray is at his strongest when lampooning the neurotic guilt of Western liberal elites … Disagree passionately if you will, but you won’t regret reading it.” – Literary Review.

“A compelling, insightful and persuasively argued narrative … a deeply humane book that touches on individual tragedy … It may even prove to be the start of a conversation, and for such a dangerously politicised and neglected subject, that would be most welcome. The combination of fascinating subject matter and superb writing make The Strange Death of Europe a title that stays in the mind throughout the reading process and beyond.” – Entertainment Focus.